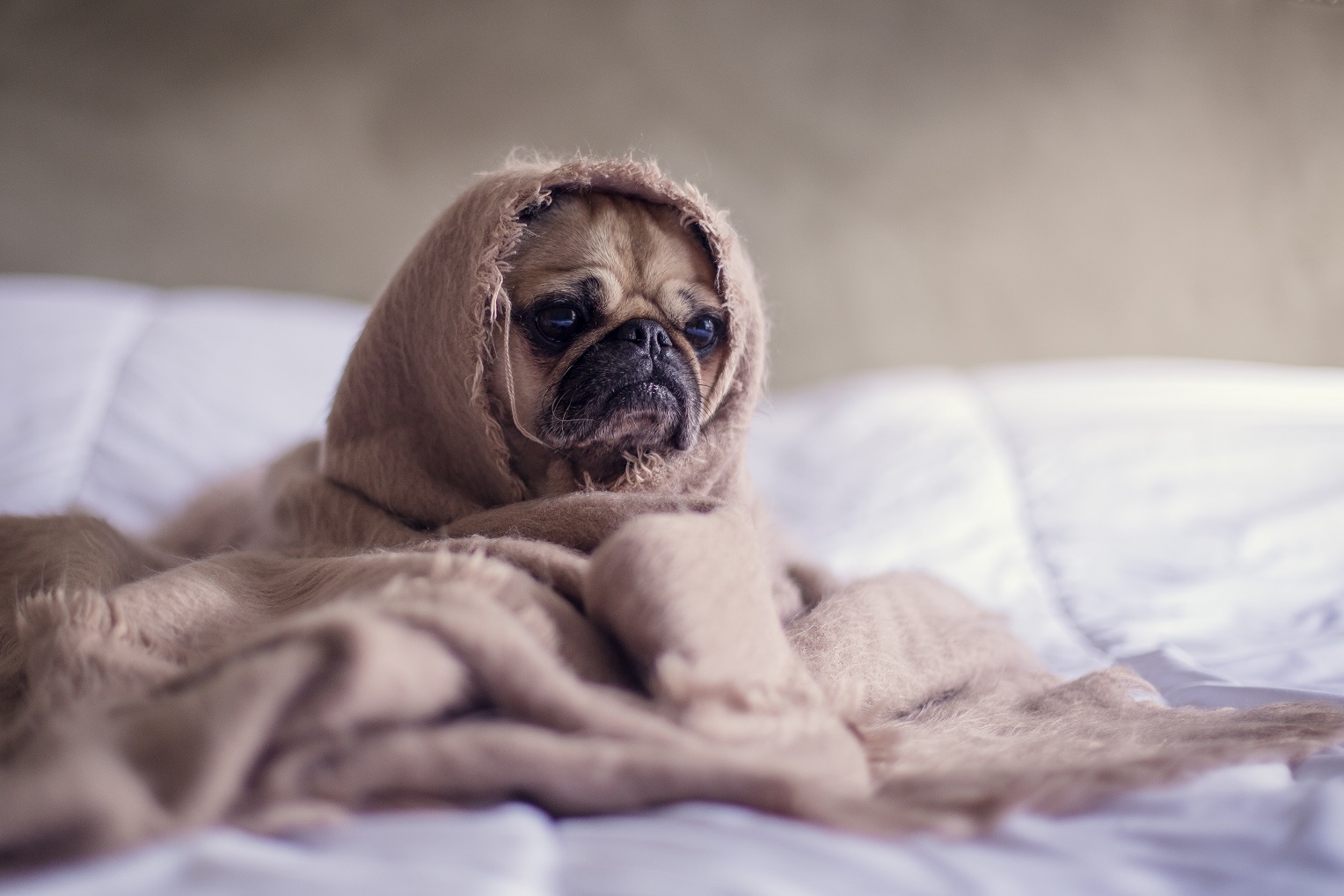 For her birthday, I went to stay with my Mum for a night.  She was having a few lateral-flow tested friends over for dinner to celebrate, and as she loves to host but can also often end up providing more food in more forms than can be easy for one woman to serve, I also pootled along to offer support and, crucially dish-carrying, so that Mum could spend as much time as possible just chilling with her mates.

It was a chatty, merry dinner, and around 23:30 everyone went home and both she and I went straight to bed.

At 4 a.m., I was wide awake.  This happens a lot.  My sleep patterns range from the hilariously disrupted (waking 4-5 times a night) to the comically early-bird (waking 5.30 a.m. on the dot regardless of when I went to bed) to the bi-phasic (wide awake for at least 2 hours from either 3/4 a.m.).  The first time I had a solid night’s sleep in my entire adult memory was a few months ago, when the GP, hearing all of this, prescribed me a drowsy anti-histamine.  I took it… I slept… I woke in the morning… and almost immediately burst into floods of tears at the shock and revelation of what it actually feels like to wake not exhausted.  Unfortunately the body can develop a tolerance to the anti-histamine, and it’s not hugely healthy to depend on medication for sleep, so I don’t take it very often.  I took it the night before my Mum’s birthday to ensure that I was as present and available for her as I could be on the day… but did not take it on the night of the party itself.

So there it is, 4 a.m., and out of bed I crawl.  This is something I’ve done for many years.  Lying in bed ruminating on how little you’re sleeping is a dreadful habit, so I am pretty good about always getting up whenever I’m wide awake to read a book in low light in another room, or do the washing up, or water my few houseplants – anything gentle of that ilk.  And on this particular night, as I drifted through the flat, there was Mum, going through the exact same experience.

Now, no one wants to be awake at 4 a.m., but in a way, encountering my Mum as we stood there in the dark in our pyjamas was actually kinda lovely.  Both of us have had sleep disruption as long as we can remember.  So did my grandfather.  Our symptoms are identical, and progressed in precisely the same way for both of us over our lives, gearing up in our early twenties and really starting to hammer us around our early thirties.  As a kid, I never really understood why Mum was tired so much.  As an adult, I can’t imagine not being tired.  Meeting each other therefore was strangely heartening – a nice reminder that we weren’t alone in this experience.  Because it can feel lonely, some time.  Our society lauds fatigue when it comes from having worked your arse off – and I have experienced burnout from too much work and it did suck – but when you wake knackered after more than seven hours sleep, having had a gentle day, day after day, it can be hard to explain in any way that feels respectible.  “I go to bed at 22:00, wake at 08:00, and am exhausted,” is not exactly the go-get’em vibe of modern capitalism.

I have largely geared my life around this reality.  If not working gigs, 99% of all my work is done before 1 p.m., and I am extraordinarily grateful for the flexibility of a freelance existence that lets me work this way, and for a job where churning out a few thousand words every morning is a perfectly acceptable use of my limited energy and brainpower.  In the afternoon, as my brain fills with fog and begins to ache, I do those easy tasks of the day – sorting invoices, tidying the flat – anything that falls into the mindless admin realm of existence.  By 8 p.m. I frequently become non-verbal, communicating largely in sqwarks and monosyllables.  I can drag myself back to some sort of fluency if required, but feel every sentence as a conscious act of communication, a real effort of language in my mouth.  And when that second wind of verbal energy runs out, it runs out hard, and I can enter a state of almost complete shutdown where speech is basically impossible and the sensory experience of the world is of being a human marshmallow caught in a floodlight – my bodily senses huge, the light around me blinding, hypnotic, the sounds of the universe incredibly intrusive yet strangely far away.

A wonderful neuroscientist called Lisa Feldman Barrett (I heartily recommend her works) describes how, to save processing power, a lot of the time the brain works much as a youtube compression algorithm does – it is not constantly renewing it’s picture of the world second by second as if each moment were new, but rather it is detecting things that are different and things that are similar from how they were a moment ago.  When I hit this state of full exhaustion, every difference in the world, every tiny change, feels like a storm wind hitting me in the face.  At its very worst, I can’t even look at my partner’s face, because the micro-changes in their expression are so enormous, so overwhelming, that it feels like I’d fall into them.  And lava lamps!  I once spent the best part of an hour lost in one of those after a gig, still wearing my rucksack, coat and shoes, when I was meant to be going to bed.

I don’t say any of this in a “woe is me” way especially, because did I mention?  I have the extraordinary privilege of being able to do a huge amount of work in the morning, when still vaguely alert.  I am often at my keyboard by 8, and if in a proper flow state will only remember that I should maybe pee or eat something at 1 p.m. and it’s all really too urgent to ignore.  If working a gig I can ride the sheer stimulation of music and sound and a crowd to remain fully functional until the last note is played – though I admittedly crash hard the moment I get home.  I also have the privilege of a rich life that I’ve built around all of this.  Though I run far more slowly when exhausted, it is still a pleasure and a joy that I cherish; ditto swimming.  I will not attend an escrima class if I think I am tired enough to be a danger to my sparring companions through loss of control, but even so can often structure my days around saving energy so that I can attend, and it’s awesome.  I have found a chess club that meets at 12 p.m. instead of 8 p.m., which increases the probability that I’ll actually be able to have a really good couple of games, which I love; and my friends and family are generally speaking incredibly open to the idea of lunch more than dinner.  Two truths exist simultaneously: that my life is pretty damn good, and that I am also tired nearly all of the time.

Like most people with long-term chronic sleep problems, I didn’t think it was unusual.  I only contacted the NHS a few months ago after being persuaded that no, but really, but no, being tired every day of the week was unusual.  My GP was fantastic, and immediately refered me to the sleep clinic.  (And I cannot emphasise enough how lucky I feel that there is a sleep clinic even available, let alone at this time.)  The sleep clinic has put me on a course of CBT-I – cognitive behavioural therapy for insomnia – and that’s… more of a mixed bag.  My main issue with it is that as I progress through the course it is becoming apparent that I’ve already done every single thing the very nice counsellor leading it is telling us to do.  Like most insomniacs, I suspect, I have done my research.  I have done the same sleep ritual for more than five years, never napped, have the same rising and sleeping time nearly every day consistently, have done progressive relaxations and breathing exercises for over a decade, love me a hot bath before bed, especially at this time of year and never use the bedroom for anything but sleeping and sex.  I’ve even attempted sleep compression before – twice, in fact – and both times had to stop when it left me not merely non-verbal by 8 p.m., but in a state of total shutdown by noon.  Again, don’t get me wrong, I think CBT-I is an incredibly powerful tool.  I like all of its components.  I like how it approaches sleep and genuinely believe it can be very effective.  But I’m writing this blog post at 8 a.m. on a Friday morning, towards the end of week 2 of sleep compression, partly because my body still woke me up at 5:30 this morning and because I am aware that by 11 a.m. I probably won’t be able to write anything at all.  And that is hard.  Will this process be worth it?  No idea.  Fingers crossed.

I look back at my family – at the heritage of my Mum and Granddad – and can’t help but wonder if this is something genetic.  I am also reminded of how our relationships with sleep have changed down the generations.  My Granddad was in the navy in WW2, then a schoolteacher almost until the day he died.  He was also tired his whole adult life in exactly the same way, but generationally it wasn’t something you made a fuss about.  You didn’t complain, you just muddled on.  People laud this attitude – and there is a great deal to admire – but fundamentally I do believe that while his stoicism on so many things throughout his life was extraordinary, it’s also good to look after yourself so you can look after others, whether they’re your students or your family, and I’m relieved that socially we’re beginning to acknowledge this change.  As for my Mum, she put up with many decades of that attitude that is still somewhat prevelant in medicine even to this day – that women are “just a bit like that”.  When I finally convinced her that she too might benefit from speaking to a GP about how she hasn’t slept for over 40 years, the emailed reply she received was still very much of the “well, women don’t sleep very well after the age of 50 so there’s nothing more to say” ilk.

Usually I try to finish blog posts like this on a positive note.  So here it is: if you are experiencing insomnia, go get help.  Persist in pursuing it.  It is an act of generosity to do so.  For a start, preventative medicine is always cheaper and better than treatment – and if you can keep yourself fit and healthy and sleeping well, you will go further to avoid encounters with scary medicine than almost anything else you can do.  Secondly, it is nice to be present.  Awake and alert for the things you do, for the ones you love.  I want to be able to campaign more, and better, for green causes.  To write and work in the morning, and then be able to help others and your community in the afternoon.  To not be yawning at supper; to be able to speak fluently after 8 p.m..  So to anyone reading this who, like me, has spent so long not sleeping that it’s sorta taken for granted – know that like meeting your Mum at 4 a.m. in your pyjamas, you are not alone.