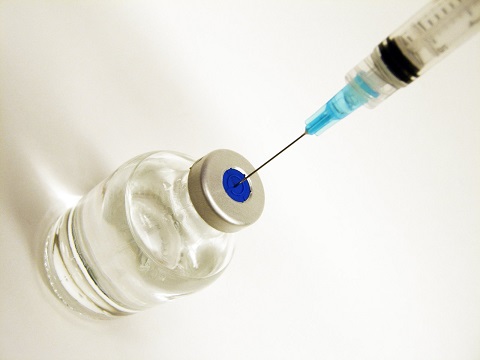 I’m writing this blog post from day 2 of self-isolation, after my NHS Covid App pinged me with a warning that I’d had contact with someone who has tested positive for Covid, and I needed to isolate.  According to the app, the contact was on Tuesday – I don’t know who it was, but I’m pretty sure I know where it happened and suspect my bag with my phone in it was almost certainly nearer the person who tested positive than I was.  However, that doesn’t matter.  What matters is doing the right thing and playing safe, so here I am, staring out of a window and thinking “blimey, that’s a grubby bit of glass”.

When I got the ping, I was about ten minutes walk from a testing centre, so went straight there.  I feel like I did the test right – I wanted to gag for the throat swab and cough with tears streaming down my face for the nose part, which is surely a sign of victory.  I also did a rapid test when I got home immediately after, (more gagging) and it came back negative, but even though I’m vaccinated the rules are clear.  I ain’t going no where.  Thankfully as long as I’m asymptomatic, my partner is still allowed to travel and go to the shops.  My mornings therefore consist of planning out meals and adding ingredients to our shared digital shopping list, in the hope that I may eventually produce a series of feasts in which I learn to love cooking.  Whether that plan survives first encounter with the saucepan, or it just becomes a week of pasta, we have yet to see.

Life-wise, I’m rescheduling some things.  Notes From the Burning Age is published next week, on July 22nd, and any plans to go sign stuff have had to be shunted forward a bit until isolation ends.  I’ve also had to turn a picnic in a friend’s garden into a digital date, and a BBQ with friends we haven’t seen since autumn 2019 has been deferred until I’m released, which is fine.  I’m also having to cancel a promised trip to help a local resident with her shopping.  This is something I’ve been doing since the pandemic began, for a range of people across the borough, and the lady in particular I was gonna pop down and see has thus far been one of my favourites, a generous and kind woman who’s been stuck indoors since March 2020 and just needs the bare minimum of human interaction, support and general dignity from the world.  The fact that I can’t provide it this week, though not the end of the world, is probably the thing that leaves me feeling most frustrated.

This is also the week in which I discovered that I’d lost 45,000 words of the book I’m currently working on.  Because did I mention – it’s been such a week.  My PC started acting up several weeks ago, reaching a place where it was just stuck in an endless reboot cycle from which it couldn’t escape.  On one of those cycles I managed to grab a few seconds and email myself the work in progress, only turns out I didn’t.  I emailed myself a previous version, an old file, and when eventually my PC couldn’t even crawl into windows and the whole thing died in a fizzle of despair, I lost it for good.  Mostly I’m angry at myself, if I’m honest.  I was so sure I’d managed to save the work, and so confident that I had recent backups.  I manually backup my hard drive every few months anyway, but just hadn’t done it recently enough and… ugh… long story short, I was and still am kicking myself.  Getting a command to isolate in the same week – and as the weather finally starts behaving like it’s summertime – just felt like a cherry on top of a very stinky cake indeed.

I am attempting to find the silver linings here.  I already had a feeling that the most recent 5000 words of the book were a bit meh and the whole thing was getting slightly saggy. This is a chance, I tell myself, to replot much of the wobbly stuff and treat pass 1 as an exploratory dance that taught me Useful And Interesting Things.  And being told to stay indoors at the moment is nothing if not a glorious opportunity to really sit down and do a massive brain-dump of text, barely even rippled by the afore-mentioned feast-making and window-cleaning.  All these things are true.  I still feel angry and a bit sick inside, but the great thing about the human brain is that I can feel all the other stuff simultaneously too.  This all sucks.  I am also extremely lucky to have been vaccinated before being pinged by a covid contact, and to have the opportunity to fix a tonne of stuff in the book and make it better.

So basically it’s fine.  I am doing my running drills up and down the flat like an absolute idiot (“Hop kick hop kick!”) and hoping the neighbours don’t mind as I bounce from front door to kitchen and back again down the not-very-long corridor.  I’ve got grubs and unlike so many, I can work from home.  If my partner had been pinged instead of me, it would have been a real problem for their workplace, where a time-sensitive production line would have ground to a halt.  I am also toying with wearing pyjamas all week, but haven’t yet worked out whether this will have lasting negative consequences on my psyche or not.  Next week Burning Age publishes regardless of my indoor madness, and I really hope people a) buy and b) enjoy preferably in that order!

But also let’s not kid ourselves.  The odds are reasonable that I’m gonna be ok – double-jabbed and already with a negative test.  This doesn’t change the fact that the British government has decided that letting cases run absolutely rampant is somehow ok.  As I write this, there were +48,000 new covid cases yesterday.  In a single day.  In the last week we’ve had nearly quarter of a million.  I know that hospital admissions and deaths are down, courtesy of the vaccination programme, but that doesn’t reflect the full complexity of the situation.  If even 10,000 of the 48,000 people who tested positive yesterday have the NHS Covid app (as we all should) and each one of them had contact with ten people, that’s 100,000 people who like me need to go into isolation.  Every single day.  And it’s correct that we isolate.  For me, isolation is a pain in the backside, but manageable.  There are so many, many households where that’s not true – where isolation is devastating physically, mentally and financially.

If the government thinks the country is going to function if we start running at 100,000 cases a day, they are nuts.  You could have millions of people every week being told to isolate – and that doesn’t even cover the moral and medical reality.  There are people out there who can’t vaccinate.  Millions who haven’t been vaccinated.  And even for those of us who have had the good fortune to be jabbed, a 95% efficacy means that of the 100,000 cases a day we could be looking at, you’re still going to get 5,000 people who get ill – some very seriously indeed.  People are going to die who don’t have to; their lives are being sacrificed to statistics.  That doesn’t even cover the potential for the virus to mutate again as it runs rampant through the population, and every mutation risks another possibility that it’ll mutate into something the vaccine can’t protect against – at least not yet.

And what is the UK government’s response?  To tell people that they don’t have to wear masks.  To “use their common sense” – all the while spewing out different ideas as to what “common sense” means.  To re-open nightclubs, remove all social restrictions.  To renege, essentially, on the duty of a government to lead, to act, to take responsibility.  Instead of focusing on the very literal death and very pertinent destruction of lives currently running rampant through our country, they talk about “freedom day” while reducing our actual democratic freedoms by making it harder to vote and protest, introduce more privatisation into the NHS by putting private companies on NHS boards, bung more money to their mates for “VIP” contracts and give speeches about investing in “all sorts of things” because that’s the glorious leadership we want.

I’m hoping that by the time the remaining 8 days of isolation are over, I’ll have discovered a love of cooking, the joy of sit-ups, the thrill of re-writing missing text and that the flat will be spotless.  Even if none of this happens, I am sure that Notes From the Burning Age will have been published, and that is a lovely and excellent thing.

I’m also hoping that the UK government will have decided to grow up and take responsibility for the nation who literally votes for leaders to have some flipping responsibility, but honestly, I think it’s more likely that I’ll still be sat at this PC in my favourite comfy pyjamas.