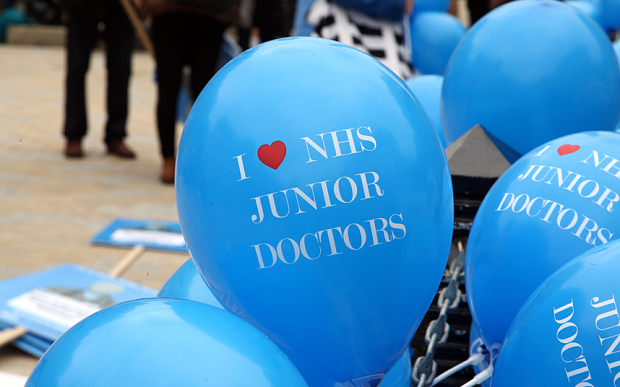 If you’ve spent more than 20s on this blog, you’ll know I’m a squishy leftie. I tick a bundle of the boxes – extremely concerned about climate change, social inequality, feminism, discrimination etc.. I was pro-Corbyn until it became apparent that he was pretty useless, and have generally voted Green my whole life, especially in local and European elections where a fairer electoral system than first-past-the-post actually gives my vote a bit more meaning.

So I rant about leftie things, but I’m not sure I’ve spent much time explaining how I got this way, or why. Broadly speaking, my leanings can be summarised by a mixture of Evidence and Fluffy Ideology. Much like life. Let’s take a few things…

The evidence is pretty damn overwhelming that the huge levels of economic disparity in our society hurt more people than it benefits. Trickle-down economics, in which the top 10% of society own 44% of the country’s entire wealth, and use it to somehow benefit us all rather than themselves, has been regularly debunked. Sure, the richest in our society sometimes give to charity or hire the odd nanny, but even then a great deal of charitable giving comes with tax breaks, or buys political and social leverage. That endowment to a university? That buys academic influence, or opportunities for your kids. That donation to a charity studying a specific cause? Allows you to influence their conclusions to your benefit, because who really wants to be told that paying a fair wage or reducng your carbon emissions is a Good Thing if it hurts profit? Worst of all, wealth buys political influence, which is almost never used to benefit the vast majority of dudes who aren’t earning millions and buying property as an investment during a housing crisis, but rather to enhance the power of the wealthy themselves. That power can then be used to cut taxes on the rich (as has happened in America and which our glorious Prime Minister is wants to do in the UK) while raising taxes that most seriously affect the poor (such as council tax or VAT). The government cuts that follow affect the poorest the most – youth services, health services, public education – while wealth offers a buffer against it. This power can be used to prevent environmental legislation, to stop enforcement of worker rights, or as is currently cruelly apparent in the UK, to control our media, and through our media, the very nature of our cultural discourse. This benefits only a tiny, tiny minority, and hurts everyone else.

It’s easy to apply a moral judgment here, and say everyone with wealth is actively seeking do to harm. I don’t believe that at all. But I do believe that our society has put the earning of money above all other things, and though I’m totally in favour of business flourishing, when wealth generation is considered more valuable than the health, sustainability and wellbeing of millions of people in our society, something has gone horribly wrong.

Pull Yourself Up By Your Bootstraps

There is the argument that people should ‘pull themselves up by their bootstraps’. Sometimes you here magnificent stories of people who have overcome their dependence on a ‘nanny state’ and achieved amazing things from nothing. Those people are awesome – well done them. However, if you look at our new Cabinet, 64% of its members went to private schools. This isn’t a celebration of plucky entrepeneurship; this is privilege ruling for privilege’s sake. It represents exactly no one except those who had already inherited wealth. Do ministers who studied at Eton and Oxbridge really get what it means to be assessed for disability allowance? Do they understand what it’s like to live fearfully in a country where hate crime has doubled since 2012 to over 94,000 reported offenses a year? (And that’s just reported incidents, of which over 71,000 are racially motivated.) Kinda doubt it.

Inherited wealth buys access to education, at a time when teachers are suffering burnout and public school funding has been slashed. Good education isn’t just good grades, mind – it’s an environment in which every child is given self-esteem, access to culture and extra-curricular activities, rather than pointless exams every thirty seconds. Inherited wealth buys a safety net to do an unpaid internship – the newest, least-sexy path to employment currently out there – and a safety-net in terms of finding housing, of having space to study and look for jobs without being forced to work low-paid jobs 40 hours a week while also trying to get on your feet. Some amazing people have pulled themselves up by the boostraps. A huge number more were denied any chance to do so by a system that is stacked disproportionally in favour of the elites. That doesn’t just hurt individuals – it hurts society as a whole, creation a situation in which only a few voices rise to the top, leaving everyone else struggling to find representation below.

Thank you everyone who gives to charity. You know what would be awesome? If instead of that soup kitchen you’re helping to fund because of the large number of unsupported homeless sleepers in your area, if the government had enough revenue, interest and resources to actually tackle national-scale problems with a national-scale solution. Soup kitchens are great. So are fully funded education, transport and housing projects. Some things require a national effort – good schools for all, good hospitals, good roads, and tackling climate change. For such things, we got government, and to fund such things, we have a very fair way of raising money. It’s taxation. I hate paying my tax bill. I am also aware than the UK, with it’s taxes and it’s NHS, spends significantly less of its GDP on healthcare than, say, the USA, with private healthcare in which the richest are gonna get served first. State-funded public services are not only fairer to us all, they’re also cheaper. It is cheaper to have a government run hospitals than a private company, because a government has one purpose – to serve the people – whereas a private company serves it’s usually wealthy shareholders. If I have to spend in taxes £4000 a year to ensure that there’s cops on my streets and doctors in my local clinic, rather than £2000 a year in taxes and £6000 a year in private health insurance, I know which I want. Income tax is the single fairest way we have of redistributing wealth. It should be used to benefit us all.

But What About All Our Hard Work

Now. Sure. You may think that the bankers taking home millions and millions of pounds in bonus (even after the 2008 crash in which we, the tax payers, bailed them out and paid them despite their gross negligence) might have some special talents they offer. You might think you need to pay big bucks to attract the best skills. But… really? Really really? You think a banker is worth millions compared to an NHS doctor working +60 hours a week? Than a police constable? Than a fireman, than the carer on a zero-hours contract looking after your old nan, than a primary school teacher, than a nurse? You really think they deserve more? That their wealth is somehow indicative of a moral imperative? That the $1.4 million the richest instagram influencers get for advertising a product has somehow an intrisic value? This is, in my opinion, the ideology of wealth gone batshit barmy. I see no genuis here to be rewarded. I see only wealth for wealth’s sake, and screw the public good.

You work hard. I work hard. I am extraordinarily grateful when I receive money for my hard work. I think social workers should get more money. If the only way to pay them is to tax the wealthy more so you can support our public services better, then dude, I’m there, with my carrot sticks and my squishy squishy leftie heart.

All The Obvious That Follows

From this it’s pretty obvious where I’m gonna stand on a host of issues.

What This Doesn’t Mean

Stalinism. Because dude, that sucked. I don’t think we should abolish money. I don’t believe there’s a utopia waiting for us where everything is perfect and fluffy. I’m not about to enforce veganism (I eat meat) though dude, yeah, we do need to re-assess our agricultural practices asap. I literally just think that it’s absurd for people to be making obscene amounts of money while national foodbank use is at an astounding high, and parliament has to deal with the reality that its benefit reform has driven women into prostitution. This isn’t scary socialism. This is self-protection by protecting the social contract within which we live, and just giving a damn about people. Just asking society as a whole to give a damn about people, through the tool of government – because history shows that wealth just begets more wealth, not compassion, safety or fairness. When people accuse me of political correctness gone wild, I’m always tempted to ask the same question my partner does – who do you want to be a dick to? Who are you offended that you can’t dehumanise now? Homosexuals? Jews? Muslims? Who are you pissed off that you can’t belittle today?

Entrepeneurism is awesome. Giving back to society is great too. Governments can be bloated and inefficient. But their actual objective, one which we can control and influence by our actions and elections, is to serve us. (GO VOTE oh my word go vote and while at it, go sign petitions, march in the street, campaign on your favourite causes, give time and support to political movements, check your facts and call out lies in our political debate etc..) Sometimes governments are pants. The first past the post electoral system is distinctly empowering for pantsness. But unlike companies, a government is still a tool of the people, and we can bust into politics and make a difference. We can stand for local and national government and fight for things that matter to us a society. Whereas the vast majority of have no way to influence Amazon or Facebook or BP or Nissan or – or pick your company. Yet they can influence us, so, so much.