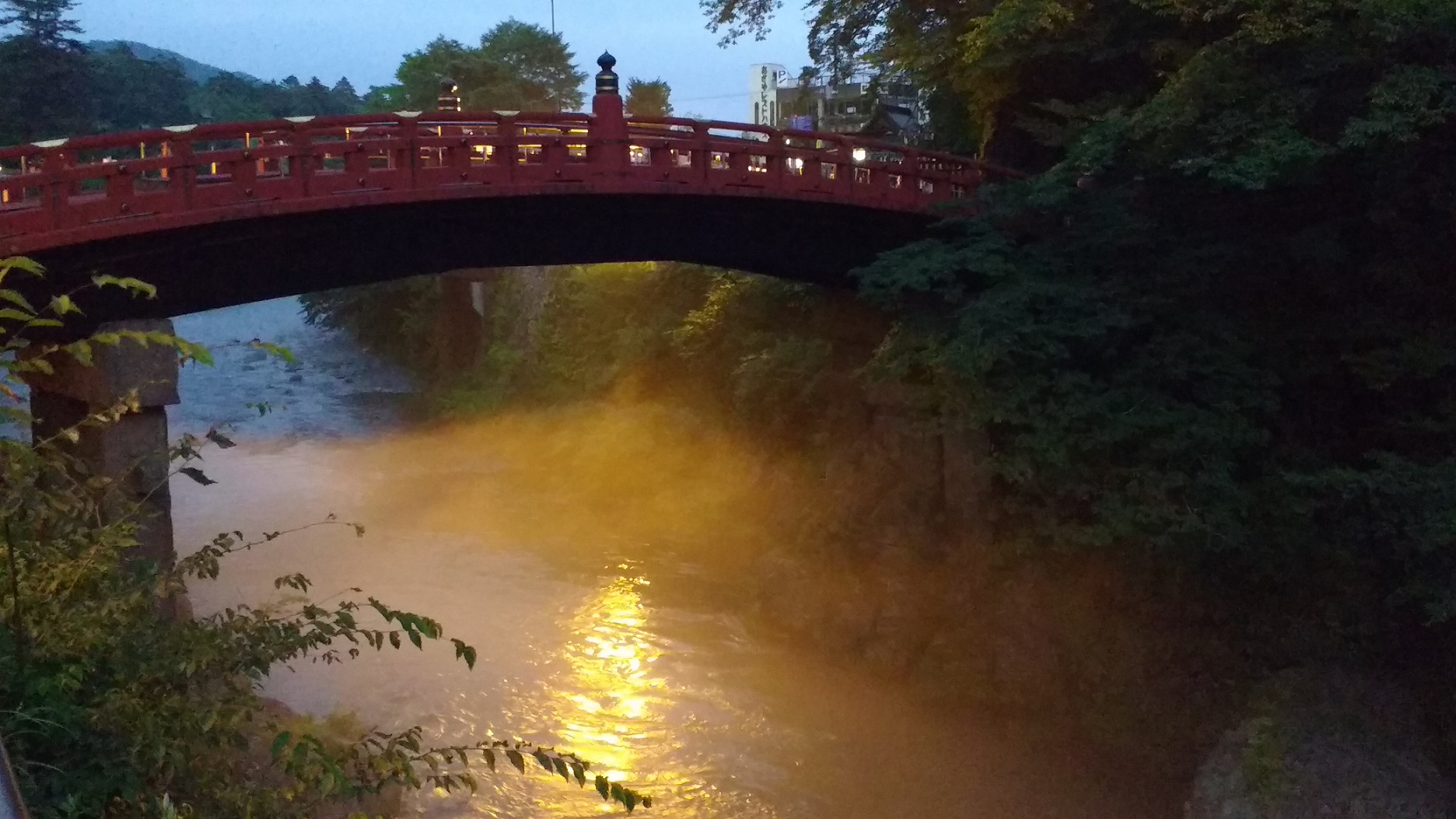 Been a while since I blogged… sorry….

… BECAUSE I’VE BEEN ON HOLIDAY!

As has been covered in this blog, I have perhaps recently been burning the candles at both ends.  Basically since the moment that RADA turned round to its students and reminded us that ten minutes early was already five minutes too late; Saturdays were for finishing glazing the floor and to leave before 10 p.m. was to let your team down.  Also that doing unpaid labour over your summer holidays was really good for your CV, which may have been true at the time but is arguably also the problem with theatre.  Ah RADA, you were generally awesome, with a couple of strong caveats.

Since then I’ve had odd flourishes of vacation in 3 or 4 day bursts, as well as a lovely meet-the-family adventure to America.  There have also been numerous adventures to incredible places in the name of books.  Oh, the pastel de natas in Porto!  Headread in Tallinn; the feast in Aviles; sneaky ice cream in Berlin; lounging in the sun by the banks of the Vistula – it’s been incredible.  I am nothing but breathtakingly grateful and honoured by every international event I’ve been invited to.  Is it a holiday?  Perhaps not.  It’s still THE BEST.

Or perhaps: nearly THE BEST.

Because the best, it turns out, is holiday, and 2018 was the year when I finally ticked Japan off my bucket-list.

I’ve wanted to go to Japan for over a decade, but never felt financially capable nor as though there’s been space in my calendar to do it justice.  2018 was the year to change that.

It was the most uncomfortable flight I’ve ever been on; the 1-hour connection they sell you in Beijing to make your Osaka flight is almost physically impossible (we arrived with 15 seconds to spare at the gate, after SPRINTING through the goddamn airport and three passport checks), and on the way to Japan they lost our luggage; mine in Beijing, and my partner’s in Heathrow, and then again Beijing during the delayed transit.  Try to call their London office to complain, and you will get stuck in an automatic loop that asks you to choose between either English or Mandarin communication… forever.  DO NOT FLY AIR CHINA.

Despite this, we did in fact make it to Japan.  We arrived in Osaka in time for a heatwave so intense the government declared it a national disaster; but that was ok.  The hurricane in Tokyo helped take the edge off, and while it was irrefutably very hot indeed – particularly without any clean clothes to change into oh Air China – Japan has got the art of the air conditioned cake shop down.

We chose to land in Osaka in order to follow an itinerary largely dictated by fireworks.  The Japanese have seasonal festivals nailed, and at this time Osaka was hosting Tenjin Matsuri – a Shinto festival in which a man dressed as a goblin rides on a horse in front of a sacred bull, while hundreds of dancers, drummers and musicians parade through the streets, before finishing up with a parade of boats down the river and a firework display lasting several hours.  To watch this display, you can either pay… or as we did, slowly march with several hundred thousand people through the boiling evening streets of Osaka at a snail’s pace until you reach the bridge with a decent view of both launch points, where you can try to linger for a few moments of astonishment and mutual wonder before being herded on by the police.

If crowds are not your thing, then this is not.  As it is, I love crowds and I love fireworks, and the atmosphere of hundreds of thousands of people out to celebrate and eat delicious street food on sticks, set my world on a roar.

Osaka is far from Japan’s most famous city, but that doesn’t stop it from having many of the traits that we would learn to recognise.  Shinto shrines nestle in between giant towerblocks.  Huge avenues of belching traffic weave up and round sluggish waterways, while silent, almost empty residential streets criss-cross between north and south.  The castle in its moat offers kimono experiences and macha ice cream.  Vending machines are everywhere; water fountains are not.  In the the southern shopping district, lanterns hang along the canal, international brands abound, and in a backstreet behind Starbucks and H&M you can find a mossy Buddha in a corner where traditionally the sex workers of the area would throw water for good luck for the evening’s work.

As tourists, we could get the Japan Rail Pass, which felt not unlike being God.  (I have always loved a travelcard.)  The trains in Japan are fantastic, though in rural areas you had better check your timetable for the very early last service along the single-line track.  There are also etiquette guides that are perhaps bewildering for someone used to the London Underground; these include not typing too loudly on your laptop, not talking loudly, and not crossing your legs.  For reasons I still don’t entirely understand.  The bullet train from Osaka to Tokyo passes through dead flat land punctuated by ruptures of volcanic rock rising like a blister from the earth.  In some places it’s nothing but urban sprawl clinging to the railways – rows of low, detached houses lining the road between petrol station and paddy field – in others places the tracks curve through sheer valley where nothing but forest creatures dwell.

I was immediately in love with Tokyo.  As a Londoner I already love cities, but Tokyo is a city with a city with a city.  New York has 5th Avenue; London has Hyde Park.  Tokyo has all of these, multiplied.  A casual walk to a museum stumbles into a vast lotus pond of paddling turtles.  A random diversion up a hill brings you to a vast, red-timbered temple.  A diversion for cake carries you round an imperial palace; a bridge sweeps you to a sumo hall by the banker’s skyscraper; the Electric District gives way to a sprawling arcade which leads to a hidden shopping mall framed by quiet, sliding wooden doors.  It is roaring with life in the shopping districts, where women in dubious kitten and maid costumes assail you with offers of goods ranging from the geeky to the far less so.  In the quiet back streets, you can walk in the middle of the road with only the cyclists for occasional company, or stop in at an eight-seat restaurant marked by a single hanging lantern, and hope to hell you’ve got the gist of what it sells right.  By day, the company men in their white shirts and dark trousers are a uniform mass waiting at the huge street corners.  By night they disappear into drinking rooms and karaoke bars, emerging only a few hours later to vomit into the side of the road from the excessive amounts of alcohol quietly consumed, before returning home and to bed by 9 p.m..

From Tokyo, we headed north to Nikko, the burial place of many a Tokugawa Shogun.  Nikko is a town of two halves.  Up a forested hill of stone lanterns, Buddhist and Shinto shrines compete for glory and wonder, their inner sanctums adorned with wood carvings, treasures and history; their outer walls swept with moss and creeping, soft-petalled orchids.  At the bottom of the hill, a long main drag that could have been anywhere from Alabama to Wolverhampton offered beer and restaurants that closed by 9 p.m. to the very few tourists who stayed in the town, rather than catching the last train out.  Only the presence of monkeys rambling across the telegraph lines pinned down its location more specifically.

Away from the temples, and Japan’s natural landscape shines.  In the evenings, clouds of vapour rose from the forests, catching in the light, while the rivers shimmered with thick white mist.  Paths wandered up to hidden, rushing waterfalls tumbling through ancient forest, along winding trails guarded by a hundred red-hatted, ancient Buddhas, protectors of the living and the dead.

From Nikko, the city of Sendai was our next lauching point.  We didn’t fully explore Sendai, which I regret, as it felt like one of the more jazzy places we visited.  However, it served as a stopping-off point from which to visit Yamadera, home of a stunning temple complex up a 1000 winding steps through the forest; and also the Pacific coast, which had been ravaged by the 2011 tsunami.  7 years later, you would not know that anything had befallen it, except for the signs informing you of the nearest evacuation zone.

Heading further north, the temperature thankfully began to drop.  By the time we reached Aomori for the festival of Nebuta, I was sometimes almost reaching for a jumper.  Nebuta was one of the most spectacular thing I’ve ever seen.  Every night for five nights, giant floats illuminated from within parade through the city streets surrounded by drummers, musicians and dancers.  Each one requires dozens and dozens of people to push and drag it, and on the final night they are all set on barges, sent out into the bay and paraded across the water as the fireworks burst overhead.  Compared to the ritual of Osaka, Aomori was a giant, raucous street party; and a wonderful one at that.

From Aomori, we swept back south on the bullet train, to Kyoto.  If there is a Disneyland of Japan, it is Kyoto.  On the east side of the river, beneath forested hills of hidden temples and swabbling rooks, are streets of wooden houses and sliding doors that have nailed both an old-worldy charm, and the art of selling bespoke chopsticks and paper fans to the gabbling, gawking tourists.  Pagodas leap out of no where, and visitors strain to catch sight of a white-faced Maiko scurrying to her night’s work.

On the west side, a much quieter, functional city takes over.  Signs in the laundrettes and apartment blocks remind people that Kyoto is ‘graceful’ and ‘quiet’, although the taxi drivers aren’t necessarily inclined to agree, and large detours have to be taken on your way to the station to get round the sprawling temple complexes and high-walled gardens that sit on pretty much every corner.

So… to conclude… it was incredible.  It was simply one of the best trips of my life.  We bumbled around trying our very best not to be ignorant foreigners, and probably failed, and it was astonishingly awesome.

And I wouldn’t mind being on holiday more.  Just… more, lots.