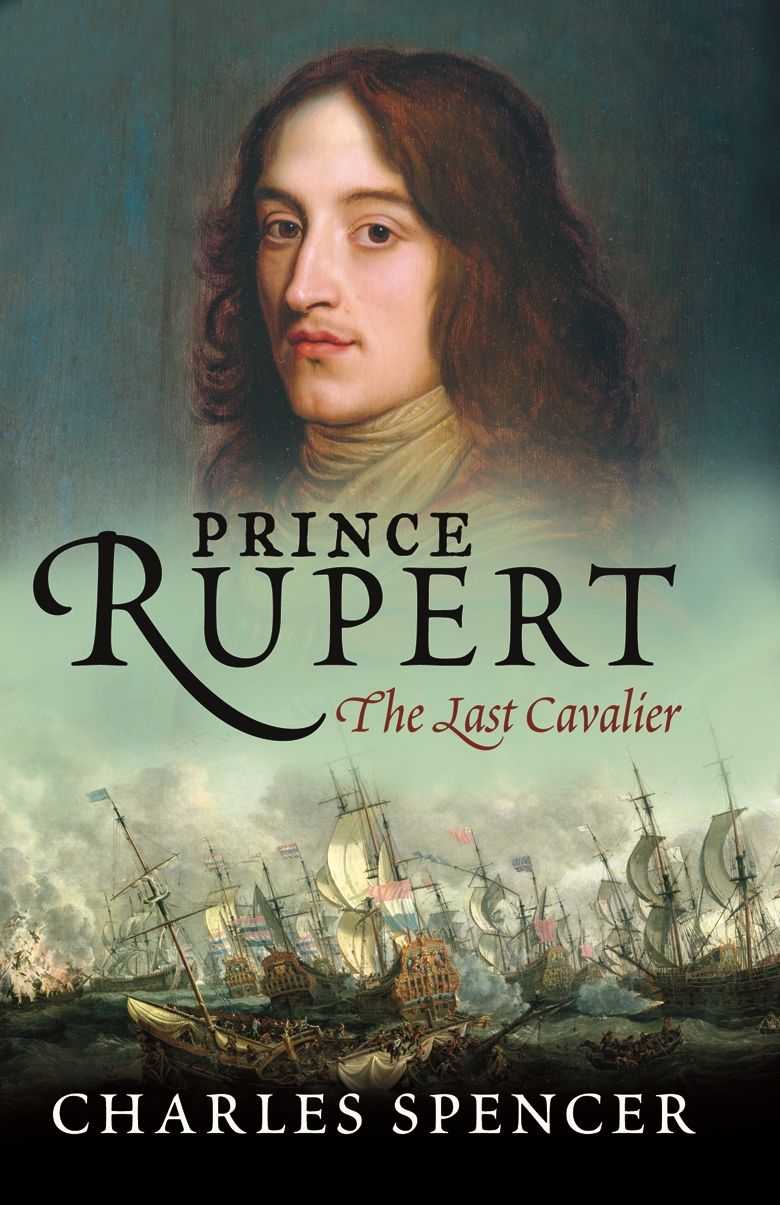 Both times, people laughed at my attempts to speak Polish.  The first time they laughed because it was incomprehensible.  The second time was possibly funnier, because it was clear that I was really, really trying, and wasn’t that sweet?

My first trip to Poland was to a town called Torun.  Torun is a beautiful Teutonic core surrounded by surprisingly interesting and varied Eurosprawl/post-Communist-sprawl/hints of grandiose times.  It has yellow trams (the new ones aren’t nearly as good as the old ones, my hosts assured me – they don’t have the right kind of clatter), many statues to Nicolas Copernicus (who’s home town it is) and a singing fountain.

I spent a lot of time by the singing fountain, especially at night when the LEDs came on underneath and the speakers pumped out a mixture of heroic marching tunes, soppy classics and Pirates of the Caribbean.  To every note the water jumped and splatted and leapt and dribbled, depending on where things were at, and the lights changed colours in according to the mood and basically, as a lighting designer, I sat there wondering why we don’t get more of this in the UK, and being grateful I didn’t have to program it.  (Although it is just pixel-mapping.  But pixel mapping WITH A FOUNTAIN.)

I met many wonderful people, wandered down streets where the shops selling Papal souvenirs competed for space with the sex shops, witnessed many different kinds of pizza abuse (Poland: what you do to pizza is plain wrong) and ate a lot of pierogi.  I mean a lot.  It wasn’t just that is was delicious.  It was that with pierogi, you could point at what you wanted.  And pointing was the extent of what I had to offer.

I also learnt a few other key things.

Firstly, films aren’t sub-titled or dubbed into Polish.  Instead, a deadpan male voice just reads all the parts.  “You she wolf.  You she wolf.  How could you do this.  The Empire will never be yours.  I hate you.  I hate your womb.”  etc..

Poland is very flat.  And full of men who take sunbathing seriously.  During the day it was sometimes clipping into the 30s (I was over-dressed) and in the morning when I was the only jogger Torun has ever seen, my breath was condensing in the distinctly chilli air while the churches sang their morning songs.  By midday, the gentlemen who wear trousers round their ankles were out by the banks of the mighty Vistula River, between the sandy beaches (that no one used) and outdoor gyms (also a lack of clientelle), standing bolt upright to tan their chests.  After 45 minutes of that, they’d turn 180 degrees and remain bolt upright, to tan the rest.

Poland has not discovered the chilli.  “Be careful!” warned one of the many lovely people I met, as we sat down to grubs.  “It’s hot!”

Oh Poland.  It was not hot.  I have eaten yoghurt that had more spice than the spiciest thing on your menu.  Come hither, my friends, and let me take you to the wilds of Tooting….

The nearest airport to Torun was in the city of Bydyzygygygyzch.  I’m mis-spelling it, but only just.  From the air, it looked like an Ikea-kit of a town, full of pastel-coloured tower blocks and straight lines.  Coming into land, it was hard to spot the airport.  This was for two reasons.  Firstly, the airport was clearly in an ex-military base, complete with camouflaged hangers full of cleaning equipment.  Secondly, it was about the size of Ladbroke Grove tube station.  Planes land, refuel, and depart – four of them a day.  If you missed your return flight (as I nearly did), you ain’t going no where.

I had a fantastic time in Torun, and would happily recommend it to all.  But let’s not kid ourselves – being in a country by yourself where the most you can do is mangle your apologies, can be a lonely affair.

So when I went back this year, I tricked my partner into coming with me.

We flew first to Warsaw.  Warsaw is a city that geopolitics has shafted.  Once the Paris of Eastern Europe, it got bulldozed over by Nazis and Soviets in fairly short order, leveled for resisting and rebuilt almost from scratch.  At the centre is a tourist hub of beautifully restored churches, streets and red-brick castle, a reminder of what was before what was not.  On one bank of the river are flies, gardens, sandy beaches and cocktails.  On the other side it fairly quickly gives way to patches of land and scrub, crowned with an enormous football stadium that looks like a UFO just landed, plonk, by a bridge.

Monuments abound.  Some are mighty and righteous.  Others – such as the monument to a child soldier in a giant tin helmet – create somewhat more conflicted feelings in this age of geopolitical hum.  Elsewhere it feels almost American in its design.  Great big, traffic-clogged roads rush off in straight lines between hotels and petrol stations, commercial towerblocks leaping upwards with the generic names that we always see everywhere we go round the world.

On our first day in Warsaw, we saw a bunch of guys with shaved heads and anger management issues attacking each other in the mid-afternoon sun.

On our second day, we encountered Jesus.  It was the festival of Corpus Christi, and we were the only people who didn’t seem to know this.  We were also, incidentally, the only people who, as the prayers were chanted, didn’t get the cue to kneel, because of our cunning lack of Polish.  Two strangers have rarely beaten a retreat to the back of a crowd faster than we did.

A lot of ice cream was consumed.  The ice cream was incredible.  A lot of the food was incredible.  In Warsaw we found ourselves faced with a dilemma – eat very cheaply, but potentially very mixed food – or pay what we’d expect to pay for an average restaurant meal in London, and eat astonishingly awesome food.  After a bit of soul-searching (and some more pierogi) we chose the latter, and it was correct.  Oh my God the things that Poland can do to chocolate fondant!  Oh my just all of it really… just all the food…

There is a tourist office in the Old Town, where a very kind and helpful lady talked us through our travel options, and gave us maps for our ambles.  She also gave us a guide book.  I quote:

“Avoid being ripped off by opportunistic taxi gits by using clearly marked cabs…. the officially sanctioned state company MPT is possibly the best bet, and their switchboard features English speaking operators.  The vagrants and pondlife who gather around the train station are by in large harmless and easily ignored.”

Given that a geek festival was happening, and we had to find our way back from it, we went in search of railway tickets in Warsaw Centralna, the main station in town.  It is next to the Science and Cultural Centre, a Soviet-built monster that’s almost beautiful in its ugliness, magnificent in its ambition, obscene in its imposition, and a very handy spike if you’re trying to find your way back to a recognisable point in a foreign land.

In Warsaw Central, our lack of language skills began to take its first toll.

“Angelsku?” I mangled at the first ticket booth.  A man shook his head, and pointed upwards.

We followed his pointy finger, to a line of ticket counters upstairs.

Another shake of head; another pointed finger.

We followed it across the concourse, to an office for idiots, complete with sofas and a machine to get a number for being served.

We waited until called, sat down opposite a woman with short dyed blond hair, about to go off shift.

By miraculous and dedicated labours, she found us railway tickets, and feeling like rulers of the universe we flounced off for more adventures.

Our adventures took us to Ostroda, a town to the North amid thousands (literally – thousands) of lakes.  We were driven there by a family who picked us up from a hotel in Warsaw at 7.30 a.m..  Our full conversation consisted of the words: “Catherine?  Yes?  Come!”

We mumbled thanks, even though it turned out we weren’t there at all.  Through the miracle of roaming data (thank you EU!) we found our way to our hotel.  A few minutes walk to the north – a lake, restaurants, a lot of midgies (’twas the season), more fantastic food and a waitress who kept laughing with delight whenever we spoke English.  At least, I think it was delight.  We also found the one cafe that had embraced the joy of cake and fluffy cushions, and to my ecstasy, another singing fountain.

“See!”  I bounced at my partner, who had been, to say the least, skeptical.  “It’s totally a whole thing.”

“I do not think it is a thing,” replied one of our Polish hosts sternly, when this came up in conversation.  “I think it might just be something you have seen sometime.”

On our ambles around the local lakes, we encountered very wet surfboarders, a lot of Catholic iconography and red squirrels.  This latter again induced more squawking of delight from me, as in the UK they’re largely extinct, and it felt a lot like seeing a glimmer of the past living alive and well in the trees on the edge of town.

At the geek festival itself, we met a whole variety of lovely and kind people, including one woman who, not knowing us from Adam announced:

“How you getting back to Warsaw?”

“Yes.  We thought it might be an interesting place to explore for a few hours before catching the next train.”

“Ah!  I see.  I will meet you tomorrow in Olsztyn with my family, and we will show you the town.”

“What time do you arrive?”

“I will meet you at Olsztyn station.  We will show you around.”

Lo and behold, the next day we arrived at the station, looking about as lost as you’d expect two foreigners to be in a country where the word for ‘sorry’ sounds a bit like you’ve just swallowed a bee and are trying to spit it out without being stung – and there were three people who’d barely met us, ready to spend their morning showing us their home town, share pierogi (pierogi are the best) and ice cream and generally treat us with a kindness, generosity and warmth that blew our tiny British minds.

They led us through streets old and new, through gardens of grass and river (we played Pooh sticks, a language which it seems the whole world speaks), to castles and churches, before depositing us back at the station with a merry wave.

It was the best, most excellent way to end a Polish adventure, and probably summed up the thing that I’m most gonna take from these trips – that sometimes, when you least expect it, you’ll walk into a generosity and kindness that leaves you sorta gaping, and makes it an adventure to cherish.