Sitting in a cafe, waiting for a friend.  I’ve been there about 20 minutes, having arrived early, reading a book about, of all things, digestive bacteria, ‘cos it’s one of those days.

There’s a guy sat by the window.  He’s reading what looks suspiciously like a script.  Making notes on it in the margin.  Not an actor – actors tend to highlight and bind things properly and make notes in other places so they don’t get their shit muddled.  Not a technician.  We make notes on the back of the opposite page – I mean, not everyone has to behave this way, but you get to spot the signs.

Sometimes he pauses, and writes stuff down on a separate piece of paper.  I’m not paying a huge amount of attention, but in much the same way a doctor will notice a limp, I notice scripts.

My mate arrives.  We’re gonna play chess.  He goes back to the counter to get tea; I start setting up the board.  As I do, Window Man comes over.  He speaks quietly, a little inaudibly, but I think I’ve got the gist.

“Sure, I’ll watch your stuff.”

He hands me a folded-up note, and vanishes, presumably to the bathroom although that’s not guaranteed.  I open the note.

As poems go, I’ve read worse.  There’s some recurring stanzas about my smile and how he’s watching me, and how he hopes I smile for him.  There’s a bit at the end about how he hopes my smile never fades.  (Given that the chapter in the book I was reading at the time was about fecal transplants, I’m not so convinced that my face was set in radiance mode, but hell.)  Then there’s the pay-off.  “I am not creepy,” he wrote, “I am merely an artist.”

Even now, as I write these words, I find myself letting out a great big sigh and doing the sitting-down equivalent of dropping my hip.  Let’s quickly clear up one thing – you wanna impress me, going with ‘I’m an artist’ is dodge.  I spend my entire working life surrounded by people who claim with varying degrees of success and commitment to being artists, and while some may indeed manifest deeds that shake the heart and soul, most of the time they’re complaining about haze, each other, or they can’t find the toilet.  Regrettable start – but that’s not really on him.  Much.

Oh guys.  I get where you’re coming from.  I do.  You know that it’s a bit creepy to give a note to a strange woman in a strange place without engaging her in any meaningful way at all, and you want to explain that it’s not you, it’s the circumstances, that’s all.  And you know why you’re explaining that you’re not creepy?  BECAUSE THIS IS CREEPY.

The vast majority of the time women are exposed to certain cultural influences that express in varying degrees a medley of the following:

Oh no.  Wait.  Sorry.  We got really fast from you admiring my smile to you undressing me with your artist’s hands, didn’t we?  And maybe you’re not.  Maybe you’re not stripping me down to my bare skin, in complete ignorance of who I actually am and what I fucking want.  But hey.  Society tells us that this is what guys do to women right and so now…

… now that I know you’re staring at me, it doesn’t really matter how innocent you think you are, because in my head you are now sexualising me utterly.  Because that’s what women expect.  And because there is very little evidence out there to suggest that this expectation isn’t justified.  From every casual cry of ‘she’s got a great arse, though’ through to ‘I’d do that!’ women are exposed to a language that transforms us from being people, whole and true, into objects that have breasts, and this dude would totally do us.  Not have sex.  Not attempt to get to know better because we seem to have a smile that indicates a radiant personality.  Just do us.  A bit like income tax.

So maybe your intentions are pure and you personally aren’t actually reducing me down to a sexual object with which you’re having an entirely fantastical relationship that has no correlation to my nature or humanity… but let me offer you this clue: 9/10 most women will assume that you are sexualising them, and a lot of the time we’re gonna be pissed off, and a little bit afraid.

Because did I mention that women are portrayed as victims?  We don’t fight back.  We don’t gouge your testicles and bite your ears off.  That’s not what feminine means.  And we’re talking about feminine sexuality, as compared to masculine sexuality, which is all about the bear-wrestling and manful seizing of the silly little girl.  (I will gouge, by the way.  Because I’ve had five years of training and go for the eyes.  Just one of many reasons why most people don’t call me feminine.)

The way sexuality is constructed in this society puts the women in the position of the ones who are ‘taken’ by the men.  Because male sexiness is strong, and female sexuality is weak, and even if both these statements are so mind-buggeringly stupid and repressive that I could cry, it’s what culture tells us, and it’s what society teaches, and in day-to-day lives we struggle to move through that shit, though God knows we’re trying.  We’re trying really, really hard, for the good of all.

Traditionally at this point – and it’s been expressed to me before – there’s two rebuffs.  One comes from women.

Totally grand.  Groovy awesome-sauce.  I am a big fan of the short skirt and the high heels, (truth: I do fall over in heels, and Reynaulds means I feel the cold a lot) and the awesome-sauce women who feel confident and groovy in this kit look amazing.  Ladies: you look fabulous.  You are happy and confident and rejoice in your identity, your fashion and your sexuality, and that’s great.  You are sexy ladies and I applaud you.

And men!  Hell yes women sexualise you too in a somewhat varied way all the time, and I get it.  We’re sexual creatures and with any luck the sentence that follows immediately after ‘he’s hot’ is ‘I wonder if he likes quiche?’  Because even when the goal is sex, choice is essential in all things, and choice is only a real thing when you respect the humanity and the value of the other party who gives it.

Turning people into sexual objects does not give them human value.  It makes them walking flesh, not individuals.  It is not sexy.  It is an imposition of your fantasy on the individuality of others.

YOU choose when you want to be sexy.  And if someone else thinks you are sexy then that’s on them, but we have ways of communicating about how we feel about that through our dress and physicality, so please don’t think that just because you see sexiness, there isn’t a person underneath who might not feel that way, at this present time.

The other objection to all of this often comes from men.  “How can I be charming?  How do you expect me to express anything kind about women ever again?  I just liked her smile.  It’s nice to say I liked her smile.  It was me being nice!  What the hell do you want me to do to express myself?  Just live in a sexless grey universe where I never look at anyone again?  Are you kidding?!”

Again: guys.  You’re welcome to look at me and find me sexy.  You know what you’re not allowed to do after?  Find me ONLY sexy and not stop and think ‘hey, do you suppose she’s a whole person with a life story as well as boobies?’

Society is currently on a bit of a psychotic break when it comes to what romantic gestures are.  Since the joy that was Fifty Shades of Grey, it does seem to be that psychotically stalking women, not listening to them when they say no and turning sexual relationships into commercial bargains is the thing.  (It is not.)  ‘Chivalry’ seems to be a word that’s changing its meaning.  If I say to you, “Thank you for lifting my luggage, that was very kind, but when I said no, don’t lift my luggage, I meant NO DON’T LIFT MY LUGGAGE,” then you do not get to turn round and go, “I was just being chivalrous.”

Because you know what chivalry is?

IT’S LISTENING TO ME WHEN I TELL YOU SOMETHING AND RESPECTING THAT I ACTUALLY HAVE A BLOODY BRAIN AND WORDS TO EXPRESS MYSELF.

Your romantic gestures… your acts of heroic self-sacrifice.  Your charming poems.  Your little flashes of dazzling wit and sensual generosity… they’re greatly appreciated.  Unless I said no.  In which case you are now a stalker.  It is not romantic.  It is disrespecting my value as a human.

And what about writing a poem for a woman in cafe?

Maybe you are an artist.

Maybe she does have a charming smile.  Maybe you want to give her a poem to make her smile, and that’s all, that’s your noble intention.

That is very sweet and kind of you; thank you.  I will smile when you give me said poem, having first tactically assessed nearby improvised weaponry, and I may even smile when I take it home with me later.  And you know why I’m smiling?  Because you gave it to me on your way out, and said explicitly that you just wanted to give this to me to bring happiness to others, and that is all, and because in your poem you hypothesised that my delightful smile as I read a chapter about fecal transplants was indicative of a lovely person with a sense of humour who maybe enjoys Muppet films.

Because you wrote a poem to a person.  Specifically to a person in a society where women are sexualised regardless of whether they want to be.  And bless your cotton socks.

Or maybe you want to talk to the woman with the lovely smile, and you’re nervous about doing it, so you write a poem.

You know what the next step is?

The next step is not sitting down on a different table for a couple of hours and slyly shooting glances over towards her, pausing now and then to write more quiet lines to her detached sensibility as she plays chess against an old friend.  The next step is to politely ask if you could engage her in conversation, and if she says no, leaving her alone, and if she says yes… the engaging her in conversation.  In a two-way dialogue that transforms a woman with a smile, into a human being with a heart.

And maybe that doesn’t get you anywhere.

But I’m pretty confident that not talking to me as a human being will get you even less, even faster.

Sweet Harmony – Released UK and US

A Lack of Writing Process 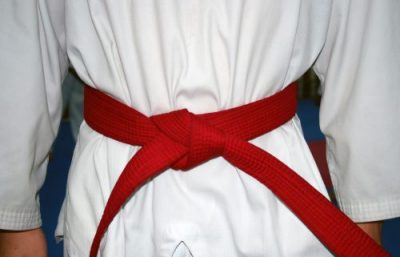 In (Unexpected) Praise of… My Secondary School PE Teacher