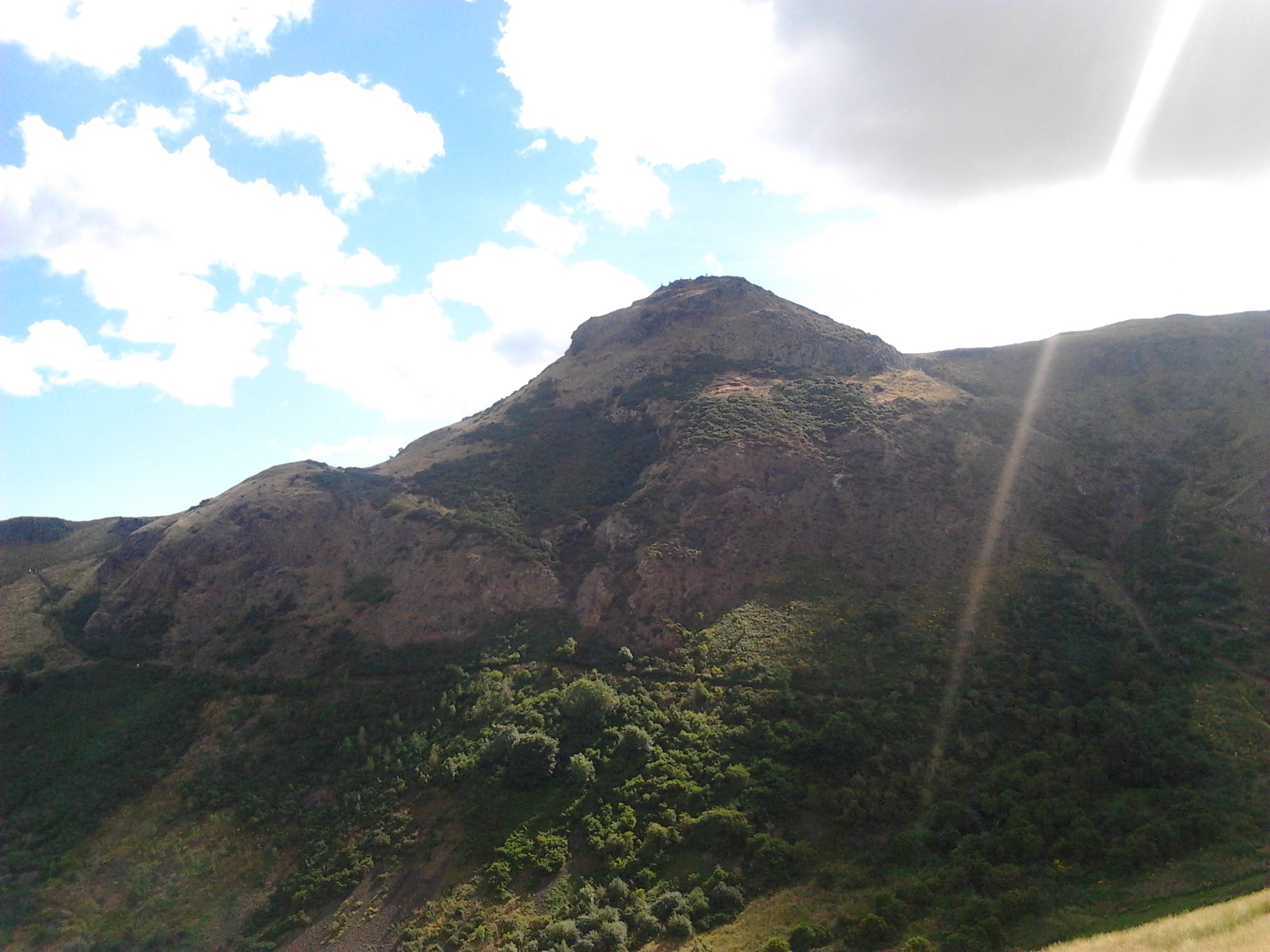 I went to Edinburgh again this year, to work as a lighting designer for a show at the Festival.  The show is called Kubrick3, and I really like it.  Go see.  The lighting… is not my greatest, I fear, but!  Considering that it a) wasn’t my rig, b) I preplotted the entire thing on the offline editor including the moving light palettes c) had only 5 hours for tech, I’m pretty frickin’ proud of it.  Not much of that may make much sense, but rather like the scientist in Batman, I wanted to let you know, just so you could understand how difficult it all was….

Anyhow, when not sweating blood over a lighting desk, I did my tourist thing.  This was hugely aided by the fact I know a few people in Edinburgh, and had many hot tips on what to do.  One of the highlights was climbing Arthur’s Seat with a man who we’ll call Aragorn.  Less fun was climbing back down in the rapidly deepening darkness over slippery stones, but hell – the view was stunning and the exercise was invigorating, particularly after only 4.5 hours sleep the night before.  Aragorn: I thank you.

During my stay, I was living in a student hall of residence, which I really liked.  It bought back fond memories of my first student hall when studying at LSE, right down to the PVC furniture and erratic water pressure, but, according to Aragorn, it used to be a lot more grim.  In fact, all of Edinburgh, apparently, used to be a lot more grim in his day.   Owing to topsecretproject3 I also spent a fair amount of time in the city library and museum reading up on mysterioustopicforsecretproject, not least because in traditional Scottish style the weather swung between beautiful and hellish faster than you could say ‘damn, where did I leave my umbrella…?’

However, in between learning the difference between Renaissance Gothic and Gothic Baronial styles, and discovering that the Meadows really do link most of Edinburgh to most of everywhere else, I took a few photos, and though it’s a bit odd for a writer to suggest that pictures can say more than a thousand words, I might let them do some of the talking for me…