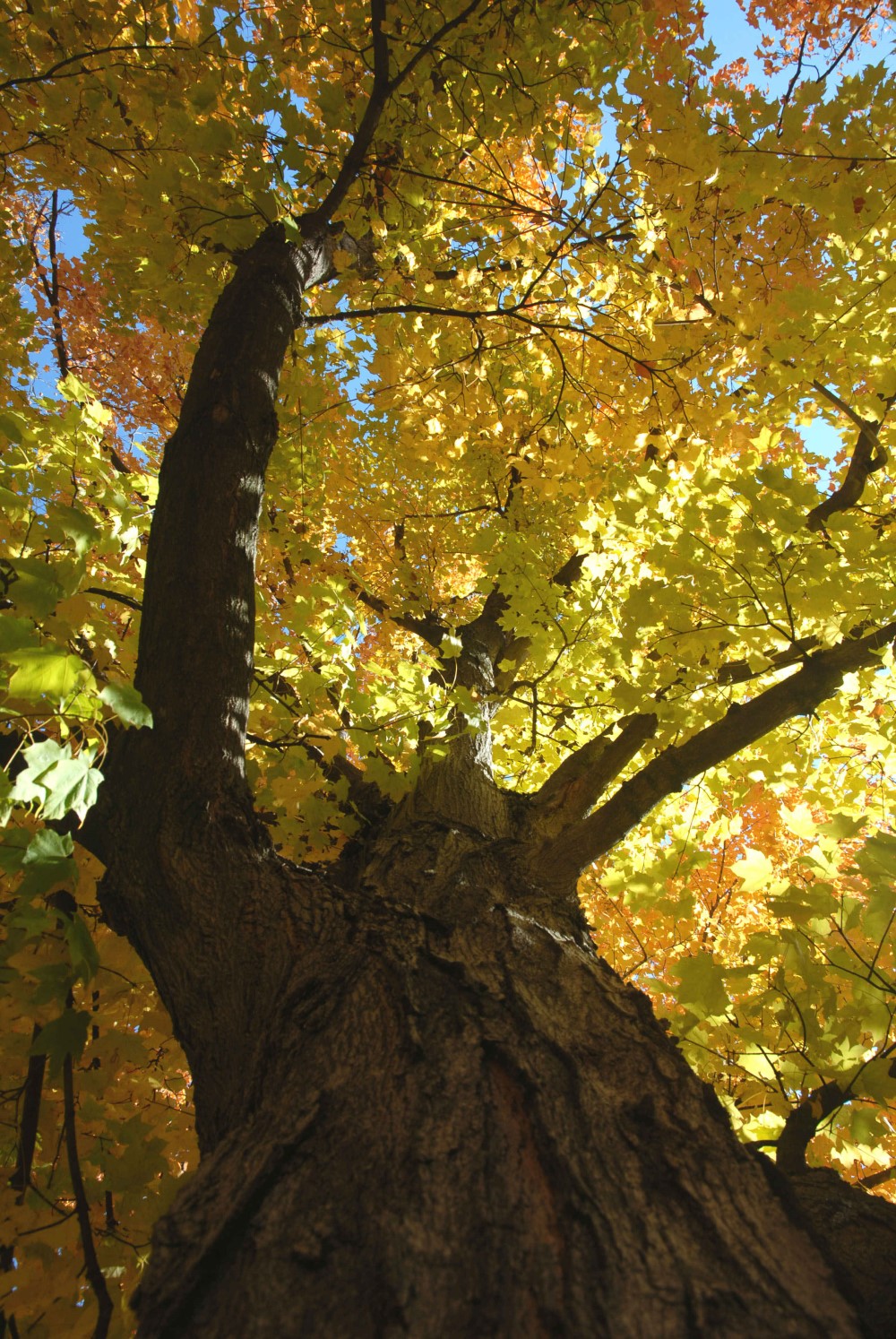 However.  Exhaustion and sadness are dreadful motivators for action, so once again I’m gonna sing that song that has basically been all I’ve been singing for the last few years and attempt to answer some of the more common questions that seem to keep on cropping up every time another one of these reports are released…

Dear reader: it’s not, and we can.  We already have the technology to do so.  Last year there were more days than ever before where the UK was powered entirely by wind, with renewable energy supplying more of our annual energy supply than ever before.  Renewable agriculture, public light transport, carbon neutral housing – we’ve got all the tools we need.  They just need to be backed up by government investment right now.  And not only can we do it, one of the many perks of all this technology is not only will it help save the planet, it will dramatically improve our quality of life.  No more fumes from coal plants and petrol-burning cars.  Cheap energy from the wind and the sun where the only cost is literally building the thing instead of constantly having to rip up the earth for fuel, and with offshore wind in particular the UK could supply all its needs in a jiffy.  Higher quality food and homes.  More green space.  An easier train ride to get where you wanted to be instead of hours stuck on the motorway.  Safe streets to walk and cycle in.  Climate solutions don’t just help save our children’s lives – they dramatically improve the quality of the world our kids will inherit.  And what really could be a more hopeful and exciting motivation than that?

“But how are we gonna pay for all of this?  IT’S TOO EXPENSIVE!”

Firstly, it is of note that a lot of the time people who promote this argument are the same kind of dudes who might spend, say, $5.5 billion to go into space for 5 minutes.  The kind of people who might spend a lot of time putting their money into accounts in Panama, or not paying minimum wage to their warehouse workers while bashing any attempt by their workforce to unionise, or who use their money to buy legal and political power to further promote the idea that they should have more cash no matter what.  Enormous wealth buys enormous social and political power – but that should not, and must not, be allowed to dictate how our society works.

Secondly, the more statistical answer is that our economic inequality is at its highest in 50 years, with the richest 10% of the population owning 44% of all our assets, while the poorest 50% own just 9%.  Given that we know that trickle-down economics doesn’t work, the question of where do we get the money from is simple: we tax the rich.  This is not controversial.  This is not difficult.  We’ve done it before and we can do it again.  All the arguments against it – “oh it will stifle innovation, oh but they worked so hard” are absolute nonsense.  You work hard.  The staff at my local supermarket work hard.  Nurses work hard.  Teachers work hard.  And teachers, incidentally, are educating the next generation of entrepeneurs who, we can only hope, won’t take their company’s profits and use it to artificially inflate their own stock prices so they can get richer, but instead maybe, I dunno, invest in R&D.

And the sooner we tax the rich to raise the money to turn things around, the less money we’ll need to raise later.  It is much easier – and cheaper – to protect the planet now than it will be when we’re all cowering in makeshift hurricane shelters in 50 years time.

“Yes but there’s no point doing anything is there, unless everyone else does something?”

Across the world, every nation is starting to get its arse in gear and act on climate change.  Norway, which thrived on oil for years, is divesting every dime of it’s sovereign fund to invest in renewables.  The US Infrastructure Bill contains swathes of the Green New Deal.  The EU has dedicated it’s post-pandemic recovery to an environmentalist recovery.  But also even if the rest of the world wasn’t getting its arse in gear, let me ask you this: who goes first?  And what the hell are you waiting for?  Everyone is going to have to make changes, it is unavoidable and the sooner we act the better.  The UK claims to be a “global leader” but on the single biggest issue of the 21st century is stood at the back of the playground going “oh but you go first”.  Pick one.  Either get ahead of the curve and invest while it’s cheap, or struggle along behind bitching and moaning all the way.  Either way we’re gonna have to act, so may as well put our money where our mouths are and lead right now.  What on earth is stopping you?

“But what about my lifestyle?  Aren’t I going to have to soylent for the rest of my days while wearing sackcloth?”

Good and bad news here.  The good news is that you can still have a wonderful, happy and fulfilled existence full of holidays, trips the cinema, comfy shoes and bacon sandwiches – especially if we act now.  A study on how to eat sustainably for the future still leaves room for fish, white meat and red meat – yes, far less than people in the West currently eat now, but vastly more than literally most of the rest of the world gets to consume already.  Moreover, the emphasis on vegetables and greens are damnit not only good for the environment, but good for you.  So maybe you have to have a few fewer sausages every week, but your body – as well as the planet – will thank you for it.  You know you’ve always meant to learn how to eat more veg.  Here’s your opportunity.

Bad news: yeah, we need fewer low-cost short-hop air trips and less single-use stuff we buy and throw away immediately.  However let me put it to you like this: wouldn’t it be great if, instead of having to change your phone every year, you could just have a really good, really nice phone that works for like, 5-10 years without a blip?  And if it stops working the repair job is immediate, quick and easy?  Think of the money you’d save as much as anything else.  Or instead of buying really shit clothes that are destroyed in the first wash and you don’t really like once you wear it anyway, we instead bought fewer, slightly more expensive clothes you’d love and cherish and keep forever?  Same cost overall – way more happiness.  Or instead of buying some rubbish present in a hurry for someone you love, you took them to one of your local wonderful nature reserves for a day or to a concert or a show instead?  Maybe in your electric car; maybe you both just cycled there down one of the many safe, speedy cycle superhighways we’ll build lots of, thus getting healthier in your day?  And maybe instead of flying to the south of France, you made a proper trip of it and took the train to Paris, had a romantic dinner with your loved one by the Seine, then the next day caught the TGV down to the Riveira, arriving a bit over three hours later without having spent two and a half of those hours drinking bad coffee and having your knickers examined by airport customs officials?  So yes, perhaps you just want to that long-haul flight without guilt in which case great – we already have everything we need to enact a frequent flyer tax which would not only tax people who fly all the time higher than those who just take those lovely, well-planned trips, but would also critically go after private jets.   Because what’s that you say?  Just 1% of the world’s flyers cause 50% of aviation’s emissions?  Sounds a lot like that whole social inequality/economic injustice thing is coming back to get us again….

And that’s it!  This is a very shallow, very superficial trot through the four things I hear said most about climate change all the time.  If you are in a hurry and looking to the last line then here it is: despair and cynicism never produce change.  It’s hope, and a belief in a better future that matters, and with both of those we can make a difference.  You can make a difference, and you are not alone.

Also I guess my publisher would like me to say that Notes From the Burning Age, a book what I wrote, is set in a utopian environmentalist future in which we get this stuff right, albeit with spies and a thriller and stuff.  But perhaps even more importantly get out there and use your voice, because your voice needs to be heard and together, we can change the world.