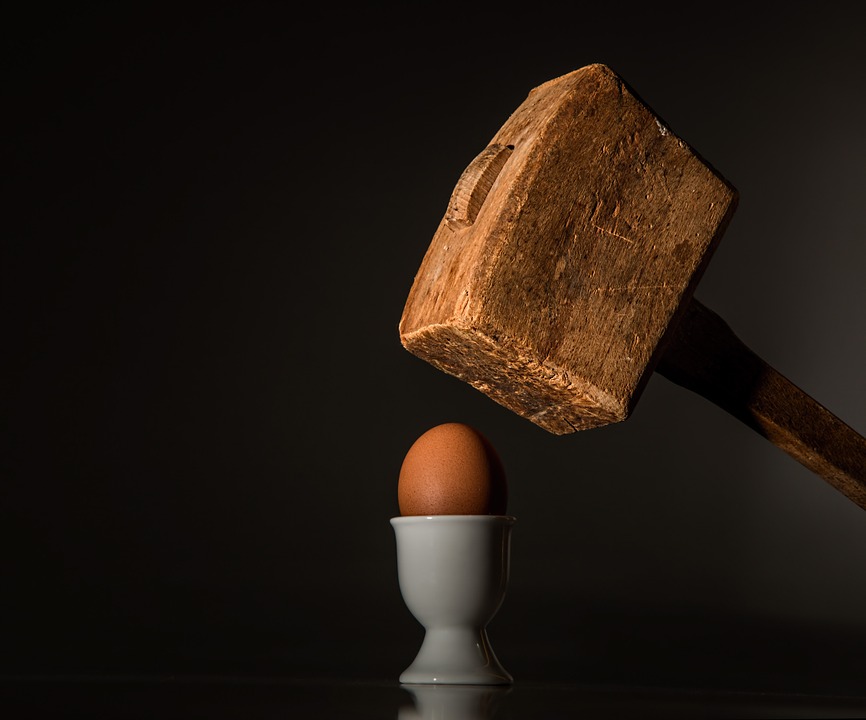 This year I turned 33, which is a pleasing number and a good age to be. It marks nearly 19 years since I started writing books for a living, and 9 years since I left RADA.

I’m settled with a partner and a flat, learning at long last how to be comfortable with my body, and have been extremely lucky in many ways. In my writing life, my career appears to be going well, for which I have not just luck and years of slog to thank, but an incredibly loyal publisher. If I’ve had 19 years of writing, Orbit have had 19 years of putting up with me, for which there’s not really enough gratitude in the world. Anna, Nazia, Tim, Joanna, Emily and the rest of your well literary faces, as well as Darren, Ben, Sam and the gang who left – thank you.

In the lighting universe, my ambitions have changed over the last 9 years. Like all young graduates, I always wanted to light in venues such as the National Theatre, or do a big show in the West End. Who wouldn’t want a canvas like that to paint on? I have worked at the NT, as lighting crew in the Olivier, which was one of the most interesting, fun and informative periods of my career. But as designer? As the years rolled by the hopes I had for that began to wane as it became apparent that too much of the industry was run on blind blagging, and that systemic abuse and under-payment of technicians and designers was just how theatre worked. Without the income from my book work, I would have had to slog every hour heaven sent until I dropped dead, just to scrape the bare minimum to survive. There are numerous fantastic designers who have gone on to achieve wonderful things, starting in the same place as myself; but there are hundreds, maybe thousands more who were never given that opportunity, not for lack of talent or skill or trying, but because there simply aren’t enough top-tier jobs or a clear path to achieving it. Much of the lighting you see in the West End is fantastic (Paule Constable still stands out as both one of the most generous and remarkable LDs in the business); much of it is purely meh. Just… meh. Some is bad. As an LD, whether you end up in a position to do better is too often beyond your control as you scramble for opportunity in an extraordinarily tough industry. I scrambled for a while, but with many more years of bloody fingers to come, with no guarantee that it would mean a thing, in the end chose a safer path.

Thankfully, I have gigs. Lighting gigs not merely pays better, it turns out having to design on the fly in front of a live audience suits me just fine. In 2018 I got to do a bit of touring, and this year I was an LD for a band at Glastonbury, which for me feels huge. My twin goals – of doing a decent show and not screwing up noticably on live TV – were attained despite my terror, and coming away the realisation hit me that maybe, just maybe, instead of being a weird theatre LD blagging her way in the music industry by the skin of her teeth, maybe I knew what the hell I was doing after all. The first time I had to busk a sold-out show, I remember looking round the venue and thinking that the audience was only a hundred people less than fill the Olivier on a Saturday night, where productions spend weeks, if not months, developing each painstaking cue moment by moment, angle by angle. It felt absurd that a band might turn up, not talk to the lighting designer, who has no idea what they’re going to play, and then put on a show for a thousand people, hoping for the best. Yet now I’ve lit some sprawling, beautiful venues, busked for the BBC, and the terror is gone, replaced instead with glee when you get it right, annoyance when you get it wrong, and a constant quest to find new ideas, new ways of doing something different, better.

A number of niggling thoughts arise from all of this. The first is that, yeah, audiences don’t notice the lighting. I have screwed up so many times in so many ways, but lighting is part of an experience, not a minute-by-minute notation that you observe and name. A lot of gigs would be pants without proper lighting, and you would definitely feel its absence; doesn’t mean you notice it when it’s there, and that’s totally ok.

The second is that though I don’t regret moving away from theatre, I do miss it. It made me a much, much better lighting designer and gave me a bunch of stories and the odd scar that I’ll carry for life.

But then there’s the final part of this, which is… what next?

During my twenties, there was no time to stop and ask questions. I was studying in one form or another until I was twenty four, while simultaneously writing novels and moving from pseudonym to pseudonym. I worked flat out from the age of twenty three onwards to build my various careers, taking every show, gig or opportunity that came my way, and sure, I paid a price for it in my early thirties when I couldn’t walk in a straight line any more and had to take time out to just not die, but hell, it all felt very needful while it was happening. My savings from the first books of my writing career gave me a safety net, but it still felt like everything had to be flying forward or it would all unwind.

Cue 2017-18 when I did suffer from clinical exhaustion, and the local GP ordered me to cease and desist for my own good. My privilege and safety gave me the opportunity to take that time to recoup, but it was not merely a physical shock to the system, and blimey it was that, but also an emotional one. Who the hell was I, if I wasn’t working all the time? If I wasn’t doing gigs, lighting shows, writing books? This wasn’t just a question of what I had going in my life – I have incredible friends and at least one very enjoyable, ridiculously violent hobby in the form of escrima. It was more a question of who the hell I thought I was within all this. Was I Badass Working Woman? Chilled Out Lady? Professional Writer? Venue Lighting Designer? Touring Engineer? Which label could I put on myself to give some shape to the wishy-washy-now-ness that is taking a breath?

Answer is: dunno. Still working it out. Not that I’m too bothered by that process, mind. As mentioned, having the time and the space to actually sit down and ask these questions is usually indicative of not having to work 6 days a week, 12 hours a day just to keep things together. It is privilege, not angst.

I’m definitely a writer, because if I don’t write books I go loopy, and it’s just a thing I love to do. But there is a whole world of writing I’m just not part of, largely through my own choice, and a couple of aspects I straight-up reject. This is mostly due to the fact that you can’t really guarantee your own career or success – all you can do is write the best book you can and aim to not be a dick en route. The quest for validation through money, reviews or general acclaim, though entirely understandable, is a pretty daft one, and I ignore it as best I can. All those things are lovely, don’t get me wrong. But they are neither predictable nor inevitable, soooo you’re probably better investing in puppies or true love or solar panels or something.

I’m definitely a lighting designer, but I’ve now hit some peak moments of terror lighting for some big venues under strenous circumstances, and come away with the realisation that I can do it. That even when I’m not sensational, which is 90% of the time, my standards are every bit as high as anyone else’s, and often higher than many of the pink-faced teenage boys or somewhat inebrieated gents of a certain disposition who come to my venues with a cry of ‘I just need strobe and red on a button’.

Alas, I am not a male lighting designer, and thus join a group of somewhere between 3%-9% of the industry who do all this despite our XX chromosomes. Whereas my male colleagues are ‘sound engineer’ or ‘lighting technician’ I will too often be the ‘lighting girl’ because… well… it would be unprofessional to take 2 hours out of a 3 hour sound check to explain the error of that one. I am also always sober at work, which while becoming increasingly fashionable even in the music industry, is still a bit weird. And I’m a writer, as in properly, as in no, like, actually for real, it’s… it’s a long story. That’s confusing too.

But all this remains defining myself by my work, which is both a bit unhealthy and as established, not necessarily the cleanest thing to do.

Traditionally, women of my age are requested to define themselves by being wives and mothers. I don’t intend to do either. I am getting married, but I imagine when the 30 minute ceremony and 8 hour party is over, I’ll still just be me, and my partner will still re-stack the drying rack despite the blessing of a local London authority upon our union.

Labels give us certainty in a gleefully uncertain world. A job label – manager, executive, leader – tells us who we are expected to be in the working world. A home label – carer, daughter, mother, wife – comes shaped with a social expectation that we often feel pushed to embrace. Sometimes this push is oppressive – ‘woman’ and ‘man’ are as much labels laden with baggage of how to feel and what to say, as they are biological indicators. And don’t get me started on how repugnantly modern society has deployed bigotry in re-defining ‘migrant’ or ‘refugee’. Sometimes labels are a safe haven that allows us to find an identity within ourselves, like putting on new clothes to signal who we are to the world, and where we belong. Under such circumstances, letting go of that identity feels like a wrench, because it’s not just an activity you’re giving up when you step away from being a lighting designer, or your child leaves home, or you lose your job, or you leave a relationship – it’s a whole part of who you are and how you see yourself. It’s a piece of you.

In my twenties I didn’t stop to think about these things, because damnit, there was a job to do. Nor will thinking about them now particularly change who I am or how I behave, I suspect, because damnit, there’s a life to live, and that is glorious. But I am now 33, and of an age where the rush perhaps slows and things start to solidify, and as the future begins to ask not ‘how will you survive?’ but instead ‘what next?’ Or maybe, if you’re very lucky indeed – ‘who do you want to be?’

Answering that is always hard, but it is also an incredible moment of joy when you realise that this finally is the question, that you can breathe long enough to wonder.