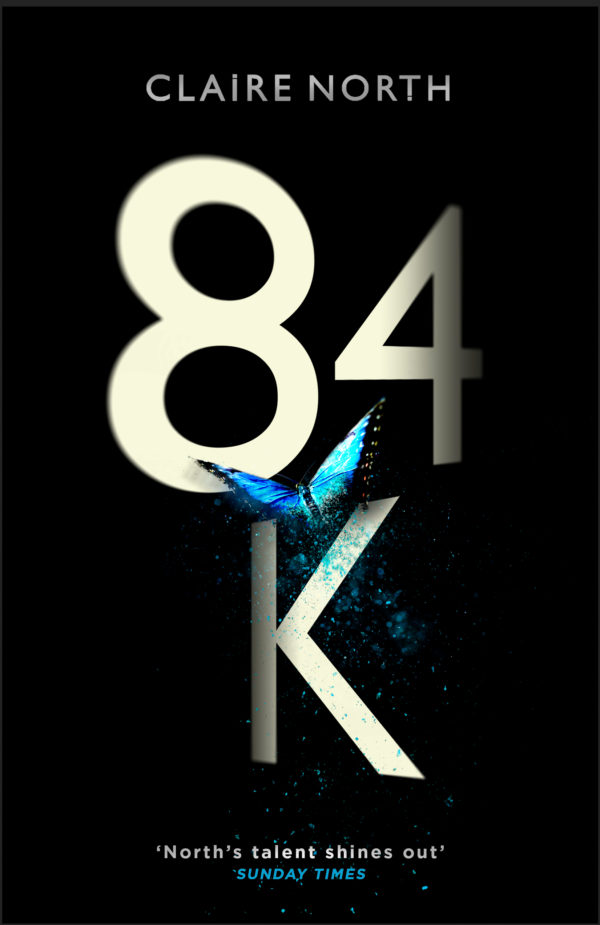 To my delight and gratitude, 84K has been shortlisted for the Philip K. Dick Award for 2019! It’s an amazing shortlist to be on, and an award with an incredible heritage and legacy, so I’m very excited to be considered to say the least.

In my Dad’s old papers and books, of which there are thousands, there are a couple of objects which are prized possessions. A copy of “So Long And Thanks For All The Fish” by Douglas Adams, signed “So long and thanks for all the lunch”; several uncorrected proofs of works that would go on to be reprinted even today, and amongst it all, in prize place, two items signed by Philip K. Dick to my father. The first, “Eye in the Sky”, has a bright blue cover that has definitely been lived in, through which people tumble to a psychedelic adventure in a way only covers of the 1960s could really do. The second is a convention guide from from Germany – back when this was, more precisely, a convention in West Germany – signed in remarkably good German and a neat hand.

Around the rest of the house, Dad could lose anything and everything. A matching pair of socks was an anomally; there were hundreds of pens purchased as he lost, then bought, then found, his own considerable body weight in biros. His side of the bed in the big bedroom was known as the ‘gunge hole’ and even he would exclaim in horror and surprise whenever he excavated through its archaelogical layers, once every 15 years.

But good books – great science fiction – were sacred, carefully preserved and honoured. Like many children, I was raised on the novels that had defined my parent’s tastes when they were also becoming who they were. Very few writers can claim a legacy as important as Philip K. Dick to science fiction at large, but for me personally it’s hard to express how much his words matter and have mattered to me and my family over the generations, and how wondrous it feels that they still ring on today.