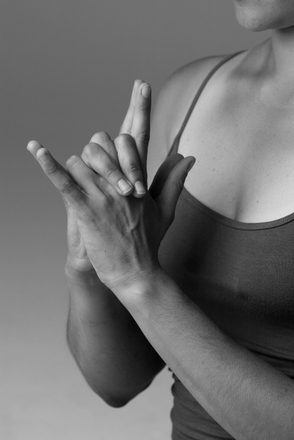 Consequently, I’ve been doing some yoga.

I resisted this at first, because I associate yoga with a lot of breathy nonsense.  Which isn’t to say I’m not down with the breathing part – I like a physical exercise that also helps you get your head vaguely straightened out, that gives you a bit of a skill as well as makes your legs go all squelchy.  But I’ve always associated yoga with being a thing that belongs to the haves and have-nots.  If you do yoga, you have a secret, and the secret makes you righteous, and that righteousness may be vegan, and if you don’t do yoga then you don’t have that secret and that makes you… lesser.  Less than dudes who do yoga.  And I can’t be having that de-humanising bullshit.  It is very much not what the oneness of humanity business is about.

But hey.  A lot like organised religion, that bit is very much about people, rather than yoga itself.  It’s people who dehumanise, rather than handstands, so I figured… what the hell.  May as well learn a bit properly so when I’m an old biddy, it’s a skill set I can draw on, and if I can find classes which don’t cost more than, say, £6 a pop then it’s an investment now that may pay off later, and may as well use the cash now before the economy burns and we are, as one friend put it, eating ashes it out of a tin.

So I’ve been doing yoga.

And it’s been grand.

I mean, my whole body shakes most of the time and there are bits of steel girder more flexible than me, but hey.  It’s a growing thing.  And I do genuinely like the whole ‘getting into a zone’ vibe.  It feels like yet another tool for the growing-old-gracefully box, which is let’s face it, the box I’m interested in filling way more than the being sexy and having abs like a map of the Gobi desert thing.

So there I am.

Getting into the space.

Connecting with the breath.

Letting my senses come to life.

Opening my ear canals and my….

And letting toxins flush from your thighs.

And allowing the neuro-plasicisty of your brain to work upon the messages you’re sending to your body.

And activating your chakras.

And hydrating your spine.

Actually, by this point, I’m probably not in the zone.  I mean, I’m working on it, but the second you told me that I was releasing blockages in my body by sitting back on my tailbone, my blood pressure began to rise above and beyond the basic pain point of ‘dear God should thighs even feel this way?’

Oddly, I have more problems with this than I do with talk of chi or chakras, because, again much like organised religion, I’m happy to embrace these as concepts which are expressing something far more nuanced and interesting than moving blobs of light.  I can work with chi as both a physiological and a mental concept and am very happy using it as shorthand for a certain experience which I’m damn sure science can express, but not in fewer than 800 words so hey, yeah.  Chi.  Let’s use that as an excellent, groovy and totally fine place-holder for a complicated construct.  Boom.

I’m also down with respecting things that come from another organised theology, so long as it’s not asking me to adjust my ethics in accordance with ancient texts of unknown provenance.

I’m less down with my language, my universe, being used to express stuff that I’ve got a real issue with.

Like hydrating my spine.  Or toxins.  Because yes, totally, stretching muscles is great, and healthy, and feels sorta ok after despite the shaking.  But if you’re gonna tell me that I’m releasing toxins, you’d damn well better have scientific data to back that up, because you’re now trampling all over ideas that matter deeply to me.

Ideas of – and I hate to throw this word out there – fact.  Ideas of physicality, identity and hey, even spirituality, I’m down with.  These express things which exist within a very personal experience, albeit one which can be communicated and shared across a society.

But don’t go trampling all over the scientific method.  Because if I were a physicist, and you told me that your yoga was causing a re-alignment of ions within your body, I’d damn well want to see which bit of my body pointed North in a magnetic field.  And if it turned out that I wasn’t in fact a human compass, I would be frustrated at being sold false claims, and frustrated indeed that ideas – big important ideas about biology, physiology and science – were being hijacked for nonsense.

And yeah, it’s harmless enough when expressed to a room of 5 ladies at 7 a.m. in North London, I guess.  But it feels like a very short step from ‘freeing the toxins’ to colonic irrigation, or from ‘hydrating the spine’ to herbal remedies for arthritis, and if you can’t prove that shit, then you are selling patent medicine.  You are selling a promise you can’t keep.  You’re selling a fib.  And you’re using the language that was built specifically for the exploration of reality, the method that was built to bring us as close as possible to some sort of understanding of our universe, to do it.

And that just pisses me off.

With respect for the grooviness of it all.

When I come do some yoga next time, please talk to me about chi, and chakras, and the alignment of my body, and sending energy to my fingertips, and connecting with my breath – the whole caboodle.  I’m down with all of it, because all of it has a meaning that I feel I can connect with, without needing to judge or impose any sort of linguistic anxiety.

But let’s hang fire on toxin-talk, until we’ve got a control group and a testable hypothesis to see precisely what this toxin is, how it affects our bodies, and whether it’s that much of a problem at all.