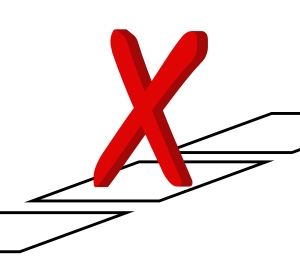 Good news, world!  For the last 6 weeks I’ve been helping out on a political campaign, and as a result, my blog hasn’t been inundated with me mouthing off about that stuff, ‘cos I’ve been knackered.  Properly knackered.

Theresa May has promised to scrap human rights in the UK!

That should give you an idea of how knackered I’ve been.  It hasn’t been the endless cascade of schools facing budget calamities, or the scrapping of free school lunches; nor plans to force the NHS to sell off its assets to private developers, or the funding crisis in our GPs and hospitals.  It isn’t the constant pandering to bigotry and trying to pretend that 19,000 cops aren’t out of a job on the Tory watch, or even the vile and insane attempt to politicise the tragic attack on London Bridge….

Hell no!  That’s just a callous assault on the most vulnerable in our society and a slashing of public services in favour of private gain – it’s basically what we were primed for anyway.

Because what the actual fuck, guys?  Ours is a country of sixty five million people, and for the crazy, barbaric acts of half a dozen mad and evil men, you want to suspend the most basic premises of democracy for us all?  You want every single person in this country to no longer the rights and freedoms of the Geneva Convention, because you don’t have a plan and hey, freedom of speech and freedom of movement are such trouble-makers.

And let’s be clear here.  If human rights laws are scrapped in this country, they’re scrapped for everyone.  That’s journalists who say something that piss the government off one day and vanish without habeas corpus.  That’s innocent people denied a lawyer, that’s every-day people finding themselves facing prosecution for opening their mouths and speaking words that our rulers don’t like.  That’s people reading your emails and your phone conversations because once you spoke to someone innocently but hey, the right to privacy was so last-decade.  That’s empowering racial profiling as a tool of law.  That’s torture in your name.  That’s us consenting to a UK where, if there is that doorknock in the night, you can’t rely on the law to protect your freedom, or stand up to injustice.

It is, in short, a huge step to creating precisely the oppressive country that terrorism seeks to push us towards.

Because what is the point of terrorism?  It is to make us scared, and by our fear, to make us oppressive, and by our oppression to destroy the freedoms and beliefs of our society.  Because it doesn’t take much to look at the world and say ‘do you know, the more I hit people, the more they hit back’ and that cycle never, ever ends.

And I’m still shaking with fury that in the same week where Manchester showed the world how to respond to murder and barbarism – by celebrating life, finding common ground and upholding the values that make us strong and bring us together – our bloody Prime Minister is doing the opposite.  Who the hell would have thought that Ariana Grande – a woman I’d never heard of until a few weeks ago – would be better at sticking two fingers up in the face of terrorism by refusing to be cowed, and refusing to let acts of violence change who we are and how we live – than our damn Prime Minister.

This government has already come for your schools, and your hospitals.  Please use your vote on June 8th, and stop them coming for everything else too.