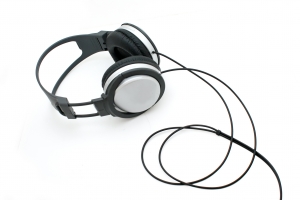 Walking home a few days ago, and I was a bit of a mess.

Firstly: I was knackered.  Just utterly shattered.  It hurt to blink and I kept on catching myself thinking ‘where am I going again?’ even though these were streets I’ve walked down a thousand times.

Secondly: I’d had some bad news.  Hopefully not world-shatteringly bad.  One of those bits of bad news that might be sorta ok but a bit grim for a while… or might be terrible.  (I hasten to add: I’m fine, and it has nothing to do with my wellbeing.)

In the past, when I’ve got bad news, I’ve been strict with myself about not wallowing.  Hell – the day my Dad died, I sat down with two of my best mates in the world to eat unbelievable quantities of ice cream and watch X-Men.  Or possibly X-Men 2.  It’s all roughly the same gist anyhow, and what’s that you say, there was a third movie in that series?  No, I think you’ll find you are mistaken…

When separate health problems surfaced in my family, I fairly quickly discovered that my most useful quality was the capacity to turn a trip to the hospital into an excuse to eat curry and gossip.  Life is way too busy and big to spend feeling sorry for yourself, I told myself.

This time, a few knocks in, I figure… screw that shit.  It is a perfectly valid and intelligent response to feel grim about things for a wee while.  To attempt to force the reality of that into submission, yay through mutant superpowers, isn’t necessarily the grooviest response.  I mean, it’s a groovier response than, say, killing kittens or self-harm, but still… it’s not necessarily the most honest reaction, and thus may not be entirely healthy long-term.

I was still on part a) of this process, with a mental note to self to attack part b) as soon as circumstances comfortably permitted, when I found myself walking home through Covent Garden.

Covent Garden is always fun, and it was a good time of year for there still to be grey diffuse sunset light everywhere but for it also to be quiet enough that you could walk without your elbows glued to your ribcage.  It’s also full of shops, a lot of which cunningly stay open late.  Most of these shops are clothes shops, and as I wandered I found myself thinking… shall I go buy something?

This behaviour is anathema to my nature, except, it must be admitted, around stationary, books or purveyors of second-hand DVDs and games.  I feckin’ hate shopping.  I mean, I worry that I look like a bit of a shambling mass of grubby fabrics most of the time, and that there’s gonna be a giant hole in my backside ‘cos my trousers are getting on a bit.  But I don’t usually worry about this for long, because… life.  Life is too damn busy to mood-board my socks.

And yeah, sometimes I see really smartly dressed women and I’m like ‘I wanna be like that!’  But it’s not so much a clothes thing… it is a clothes thing, but it’s a clothes-thing as being a statement that expresses that here is a deeply mature, intelligent woman who knows exactly what she’s doing with her life and is to be taken seriously, as expressed through her choice of soft beige tones and a well-judged necklace… as compared to my usual look, which is juvenile and covered in LX tape.

Except walking home that night, I felt the urge, very strongly, right up to the point where I realised why, and got angry.

Because it wasn’t even an urge to buy more notebooks… lovely, lovely notebooks… or even a nice pen to doodle with… it was very specifically, clothes.

Once I am wearing that soft-beige tunic thing, I will be professional, calm and awesome.  Professional awesome people don’t feel powerless in the face of trouble, or anger that they can’t do anything to make things better.  When I’m wearing a £60 pair of suede shoes I’ll be able to handle anything the world can throw at me.  Or perhaps if I buy that white dress with puffy shoulder bits, the sun will emerge, and I’ll walk with graceful, philosophical wisdom through a wheat field, sure, deeply troubled and emotional because of life’s struggles, but also basically ok because I’ve found my inner peace.  My £85 price tag inner peace, with bracelet accessory.

So now I’m angry.  Proper pissed, in fact.  Because I do feel powerless.  There is trouble brewing and nothing that I can do, and it’s not just, and it’s not fair, and no one wants to feel that shit.  We want to take back control.  We want to do something, and be someone who can act.

And bugger me the tool that we are being offered at every possible moment to achieve this… is clothes.  It’s so deeply ingrained in our psyche that even someone as contrary and sloppy as myself feels it.  Get your power back by shopping.  Bad things don’t happen to people who wear stretchy leggings.

Sure: I can walk away.  (And did.)  But how dare this superficial, shallow bullshit, this marketting-led construction, this ‘spend now and it’ll be alright’ mentality intrude into my genuine anger and grief?  What the hell happened that the connection between spending money and pain became so strong?  How did we let the reality of life become another commodity to be bought and sold?

Why the hell do I want shoes when I am angry?

And given that I can’t do anything about the real troubles that are brewing, who can I go and hit on this lesser theme instead?