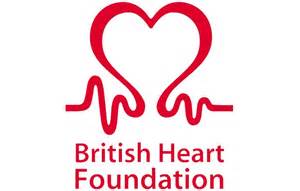 I’m giving up chocolate for March 2017, to raise money for the British Heart Foundation.

Also because I have an addiction.  Like a proper chocolate addiction.  It’s basically the thing the keeps me going.  Hence the fact that giving it up is going to suck.  And you know how every year I tend to do one thing for charity?  And how every year it’s also usually something that is vaguely self-improving too, because of how charities have worked out that people are more likely to campaign for a thing if there’s a selfish kicker too?

So in 2014, I ran 5k.  That SUCKED.  It was a really good thing to do, because raising money to fight cancer is ALWAYS excellent, and doing it with a group of several thousand like-minded women all of whom are equally breathles is it a great way to experience a surge of passionate solidarity with your fellow man, and to change the way we think about and represent this disease.

And then there’s been a couple of Swimathons, and yes, I’ve trained hard for them because a) I want to be fitter and b) I really want to do right by the people who’ve kindly donated to these excellent causes via my splashing.  But swimming sucks less than running.  Apart from 2016 when I did a Swimathon after spending seven days standing for thirteen hours a day in the Royal Theatre Northampton, leaving my body already broken, and where my pre-swim meal was post-show pizza with chilli resulting in farting and burping my way down the pool for 68 lengths… apart from that, it’s been sorta fun?  Kinda?  Fun and worthy – a great combo.

But 2017 is gonna suck.  Because I love chocolate.  And I’m physiologically and psychologically addicted to it.  It’s a thing that runs in my family.  My Gran loves chocolate… my Dad loved chocolate… and his premature death in 2012 was absolutely linked to lifestyle.  It feels harsh to say it – easier to blame ourselves than to point at others who we love – but it was a lifestyle thing.  And he had a great life and lived it to the full, and I’m still pissed off that he isn’t here today, living on.

So yes.  This time I’m asking for your help in a) giving to a cause that saves thousands of lives every year and b) keeping me on the straight and narrow for 31 days of attempting to re-program my addled brain, so I can also personally look forward to a longer life!