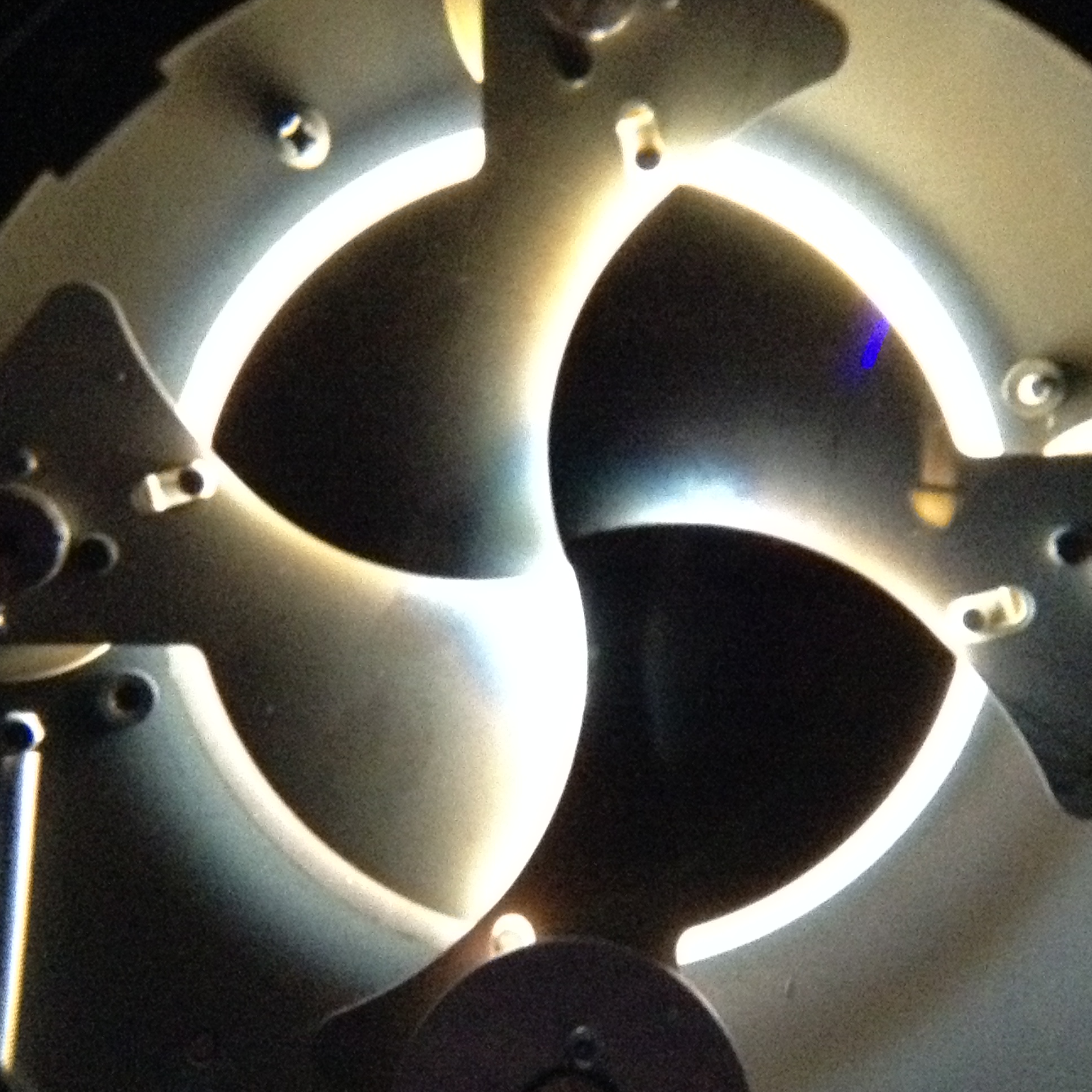 Technicians: you’ve got a good bullshit metre.  You gotta have one.  And your bullshit metre is mostly right.  Unfortunately the side-effect of this is that sometimes perfectly acceptable words which can be used in a helpful context, have become mired with a slurry of effluence.

Like most technicians, I instinctively flinch when I hear ‘journey’.  And that’s because most of the time I hear it in this context:

“So Cat, I’m just wondering if there’s any way we can enhance the emotional journey with lighting?  Maybe with blue?”

In theory, this is not an invalid statement.  I mean, it is, because the whole reason you’ve got a lighting designer in rather than just do your show – Three Sofas And A Seven-String Guitar – in working lights, is because my job is to enhance the emotional experience in ways that audience members hopefully don’t even realise is happening.  I will grab you by the eyes and pull you into this world, and touch wood you won’t even notice my cunning manipulation of your emotional relationship with what’s happening on stage, yay verily though I use side-light to do it.

But leaving that aside for a moment… what’s being said is in conception, not an unreasonable thing.

“Oh God Cat.  The acting is wooden, the lead doesn’t know her lines, the costumes aren’t what I imagined and now I listen to the words up on their feet, I realise that they’re terrible and all about three sofas and a seven-string guitar!  What was I thinking?  This is going to be a disaster.  There must be something I can do to salvage this and the two years of my life I’ve given to it.  Is there some way lighting can make it better?”

And sometimes the answer is yes.  I can make it marginally better.  Not infinitely better, but I can certainly change the meaning of a speech and the way an audience relates to it, with certain lighting choices.  But sometimes – too often – the answer is no.  No matter how much you wish it, I cannot make the text better, and I’m sorry for all our pains.

I once had a lovely chat with a director who, with the wisdom of hindsight, expressed the following:

“I used to direct a lot in Theatre X.  You’d pour your heart and soul into it, labour through tech, dresses, previews, and get to press night.  And at press night… at the moment of truth… you’d finally sit back and look at the play, not as director, not as someone who knows every line and every moment intimately… but as an audience member.  And in a moment of horror, you’d realise it was crap.  It was just crap.  And you’d wonder why your team hadn’t told you sooner!”

To which of course the answer is: We tried.  We just didn’t want to break your heart in the process.  Because we’re techies.  We’re not very good at telling you a thing is crap, if you’re not already willing to hear it.  And no one ever wants to hear it.  On those rare occassions as an LD when I’ve turned round and said ‘this doesn’t work’ – not even ‘it’s bad’ simply ‘it doesn’t work’ I’ve often been slapped down, because, much like critiquing a book, too often what you’re critiquing is not the content, but the person.  Even when you’re not, these lines blur…

In theatre it’s incredibly hard to even say the words ‘this is crap’ because we all know that these things are subjective.  What I dislike, someone else might be profoundly moved by.  This is what makes theatre so universally valuable, in its way.  There will always be someone, somewhere, to whom this text sings, and brings to life a piece of their humanity that other mediums cannot touch.  Is something truly crap if there are even a handful of people who love it?  Maybe not.

Then again… there’s a huge amount of theatre which just COULD be so much better.  And as a technician you spend a lot of your time moving between productions, and getting a very broad overview of a lot of theatre, and it’s easy to get jaded because you’ve seen really good, hell, you’ve even contributed to really good and that felt great – that felt exalted, a privilege and a joy! – but you’ve also worked on real crap, and have had enough time a-wandering to recognise it for the same.

So these words… they start to haunt you.

“How does the set tell the journey of the character’s relationship with incest?”

“Do we have an opportunity here to really strip back the piece by just lighting it in red?  I feel it would really resonate with the integral arc, you just have to have vision.”

“We’ll just have to look at that in the dress… the fact we have no budget, time or crew… is a challenge I feel you’ll rise to.”

These words – these words!  They should have content.  They should express something.  Characters should be allowed to go on journeys.  Challenges should be actual problems that we can brilliantly solve, rather than a terrified attempt to excuse not being prepared or having invested enough to achieve your ideas.  Vision should be a thing that can be expressed in language, rather than a word to express the ABSENCE of a thing.

“That’s not my vision… I can’t really say what my vision is… but it’s not this.”

And over time, these words lose meaning.  You heard them used meaningfully once, and now, in a state of terror, not quite knowing how you’re going to do this show, you speak them again, because they have an embedded meaning of sorts in theatre, and by recycling them hopefully some of that will rub off.

And it does rub off.  It rubs off until there’s no meaning left.

So technicians: you are not right.  Too often these words are expressing fear, anxiety and doubt.  But please also pause to remember, that once upon a time they expressed something good, and true, and correct, and sometimes they might even do so again.