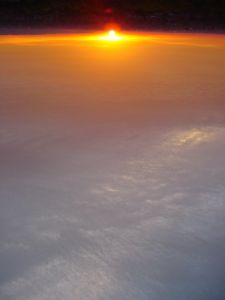 I’ve been thinking about grief.

On the morning the UK voted to leave Brexit, I woke up, checked the news, and started swearing.  For three days, I lost time, felt distracted, unable to concentrate or work, emotional and drained.

On the night of the US Presidential Election, I went to bed nervous, woke at 2 a.m., and couldn’t stop myself.  I had to know how it was going.  I turned on the news, and there was the beginning of the end, in full swing, as state after state turned red, and the US elected the single most corrupt, bigoted, misogynist, deceitful smug and self-important President it’s had for a very, very long time.  Smug is an easy accusation to level, by the way, but it’s an important part of this process.  Nigel Farage’s face the day we voted to leave the EU; Trump’s face in general.  These are the faces of people who have won a fight that you hoped they would lose, and they’re very, very happy to triumph over their defeated enemies.  Why?  Because they were right, and you were wrong, nahnahnenahneh.

For a few days after the US Election, I was again, fairly out of it.  I worked, went through the motions, but like most of my friends I cancelled a few commitments and stayed home, huddled up under a blanket, like a teenage girl dumped by a boyfriend via email.  (Which has happened.)

And for a while, I grieved.

It was a very personal grief.  There’s the obvious grief – grief for my friends in America, who’s worlds have just been turned upside down.  Grief for the endless, endless list of peoples, both in the US and the UK, who are now even more disenfranchised than they were.  Ethnic minorities; Muslims; women; the young; the disabled; the sexually diverse; the poor.  Grief for the world as a whole, and fear for the direction it is going in.  The tyrannies that grow; the bigotry that thrives; the rolling back of ideas of common brotherhood, discovery or truth.  And truth has been such a victim in 2016 – never has a year been more plagued by lies, that shatter lives.

But mostly, I sat in a pool of self-pity as I realised that the world was not what I thought it was.

My whole life, I have been surrounded by people who, to a lesser or greater degree, shared a certain set of beliefs which I thought were inalienable.

The world was, in its own, sluggish way, moving towards a destination where all humans were equal.  Maybe not in wealth; maybe not in opportunity.  These were fights to be fought.  But equal in basic humanity.  All of us born as valuable as each other, as important and as human as each other.  I thought we were in a world where education would set us free, and where multiculturalism was a universally celebrated notion which embraced the coming together of different identities, not in conflict, not to annihilate each other, but to learn from each other and through the eyes of other people, better understand ourselves.  I thought we were moving towards an informed democracy, in which everyone had a chance to debate freely and openly.  I thought that women were moving towards respect and equality, that misogyny was a dying form, and that the battle for fair representation was now about the nuance of thought, not the open lies of oppression.  I thought that it was impossible to deny climate change and be taken seriously; that those who break the law were held accountable; that to rebel against society by, say, not paying your taxes, would end a Presidential campaign, not become a badge of pride.

I thought we were learning to think of ‘progressive’ as a noble and good thing, and that words – liberalism, social justice, equality, compassion – had only one way of being heard, and that was as an excellent thing.

2016 has fairly thoroughly proved that wrong, and so for a little while, there’s been some sitting on a sofa, grieving.  Grieving for a world that I thought was coming, and now seems further away than ever.

If facts are the building blocks of judgment, and if these words are to have their power again, the time has come to get off our arses and act.  To discourse, to fight, to bring about change.  Because the world does not behave the way I thought it did.  But that doesn’t make the fight wrong; just harder and all the more important than ever before.