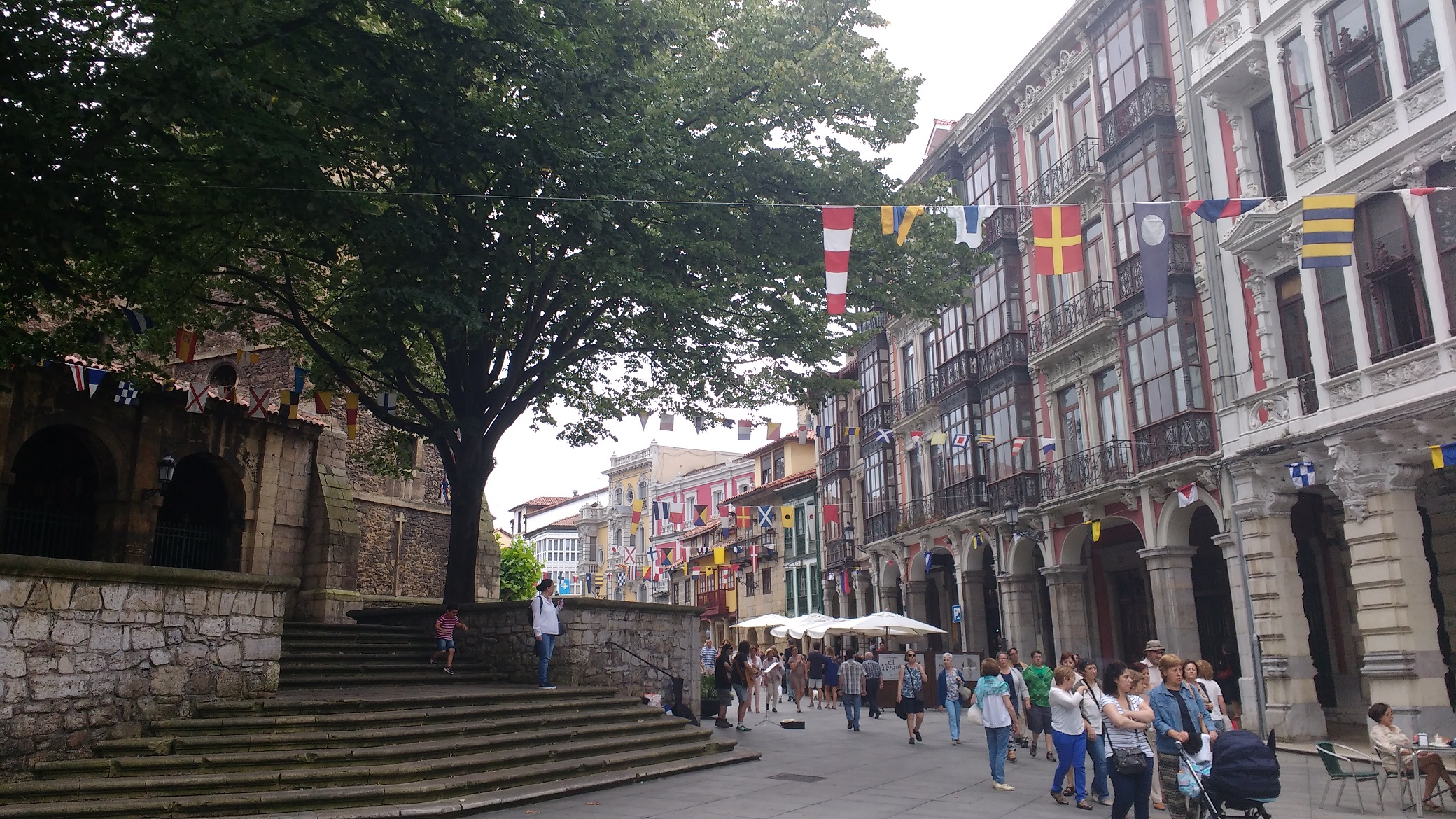 You know when someone says ‘the hotel is in a converted ducal palace’?  Of course you laugh.  This very funny.  Hahaha.

Well don’t you feel stupid when it turns out they weren’t lying?

Earlier this year, I got on a plane from Heathrow to the city of Aviles in Northern Spain.  Like most small airports I’ve ever flown into, there was one guy on the customs desk as the clock ticked down towards midnight, inspecting 300 passports.  I was there to attend Celsius 232, an annual science fiction festival, and once customs was cleared, I think it’s fair to say that I was treated like royalty.

Met at the airport by three of the festival’s incredible organisers, it was an easy drive through curling hills down to the sea.  Aviles sits on an inland spur of water, with, on one side, an historical town centre complete with palaces, gardens, frescos, wooden houses built on stilts for a cultural reason I didn’t fully fathom, churches and art.  And on the other side, industrial sprawl, with a somewhat strange arts complex in the middle which plays, I think, looped recordings of the sound of seagulls having sex at you.  I mean, I might have misinterpreted the soundscape’s intentions, but I can but honestly report what I heard….

And yes, the hotel was in a ducal palace.  Sometimes you gotta laugh for all those reasons too.

Chronology is less interesting than impressions, so here are some generic thoughts:

Fundamentally, I think going to Aviles may have been a mistake.  Now whenever I travel, it is possible that I shall expect luxury, pampering, great food and wonderful company.  Damnit, it’s just not the way the universe works….

So if you wake up next year and think ‘I want a holiday’ then see if Celsius 232 is happening.  Pop on a plane – or more exciting, pop on a ferry – and go to the Northern coast of Spain.  Geek out for a bit with the loveliest geeks of the West, eat more ham, drink the beer, go for a wander down to the beach, lounge in palatial gardens or listen to artificial seagull sex by the river, maybe finish up with a wander down the Santiago trail, since it happens to pass on by, and generally speaking, have an absolutely awesome time.  ‘Cos you will.