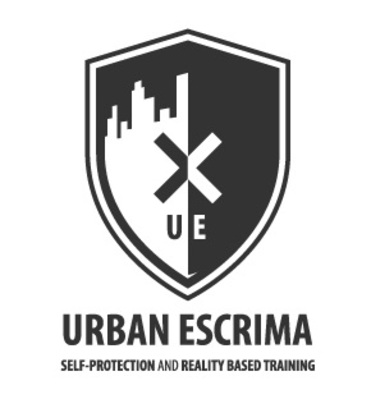 Over the last few months, I’ve started getting a bit more involved in self-defence stuff, specifically women’s self-defence.  I got into this through learning escrima – we take some fundamental concepts and apply them for students who have no martial experience whatsoever, in the hope of giving them an idea of what they could do and are permitted to do, both by society and in their own minds.  The aim is to instill a bit of confidence, a dose of awareness and the beginnings of a plan.

One question that keeps cropping up is what constitutes reasonable force.

As an escrima student, I’m sometimes asked by acquaintances to ‘show us what you’ve got’.  I always refuse.  This isn’t just about not wanting to be a violent loon in public – it’s also a reflection of the fact that what little I’ve got is probably not fun to be on the receiving end of.  I can hit, grab, tear, gouge and smash until the stars come home, but subtly disarming a stranger with a flick of my little finger requires extraordinary levels of craft (and can also frequently require the other guy to be co-operative, which state is best achieved by inflicting pain) and I don’t want to a) create a false impression of what I do by demonstrating control techniques that I’d probably never do in real life or b) hurt anyone.

The simple truth is, I hope never to be in a fight.  I hope never to be in a fight because I don’t want to get hurt, but also because the quickest and easiest way for me to be sure that I don’t get hurt, is by hurting my attacker.  A lot.  And then running away.  Ending a fight with an elegant wrist-lock executed without displacing a hair of my head would be lovely, but odds are, in the heat of the moment, with an uncooperative attacker who could be taller, heavier and stronger than me, getting a lock on is gonna be way harder than kneeing the guy in the testicles.  And if all you’ve got is a few hours in a women’s self-defence class at your back, then you’re definitely not going to be doing a control technique.  In an emergency, we teach the easiest thing – attack hard, fast and sharp, then run.

So now comes the tricky question: you’re in danger, you’ve got no where left to run, your only real option is to inflict injury – what is ‘reasonable force’?

British law has a fair amount to say on the subject.  (Worth stating here as it’s stunningly important: I’m not a lawyer.  I’m following what the CPS has to say.)

Firstly, good news: it is sympathetic.  The wording from the Crown Prosecution Service is: ‘… it is important to ensure that all those acting reasonably and in good faith to defend themselves, their family, their property or in the prevention of crime or the apprehension of offenders are not prosecuted for such action… if householders have acted honestly and instinctively and in the heat of the moment… this will be the strongest evidence for them having acted lawfully and in self-defence.’

However the law also goes on to point out that a balance must be struck between a) citizens protecting themselves within the law and b) not encouraging vigilantism.  I’m going to take it as read that people reading this blog are, hopefully, not taking their two hours of self-defence classes and going round busting those crime rings, please?  (If you are, some sage advice from the Incredibles…)

It’s also worth noting that the law specifically applies to criminal cases, not civil.  Someone is trying to rob you, fine.  Someone is trespassing on your land or attempting to sue you for libel – no.  Not so much.

Further clouding the field is this bit of wording: ‘… where the defendant claims to have a particular belief as regards the existence of any circumstances, the reasonableness or otherwise of that belief is relevant to the question whether the defendant genuinely held it… i.e. the crucial test at this stage is whether the belief was an honest one, not whether it was a reasonable one. However, the more unreasonable the belief, the less likely it is that the court will accept it was honestly held.’

To put it another way, if you believe that the 12 year old you caught stealing your bicycle was, in fact, about to try and beat you to death with their teddy bear, and you responded by breaking every bone in the kid’s body, you’re gonna be in trouble, and damn right too.  Whereas if you catch someone stealing your bicycle and, as you (perhaps rashly) confront them, you see something shiny in their pocket and thought it was a knife, which then turned out only to be a spoon, you might still be let off on the basis that it could be reasonable to have seen this object and taken it for a weapon.

Concerned?  Confused?  Worried that as a kick-ass ninja warrior, you might in fact be carrying a burden of responsibility not to use the five-point-palm-exploding-heart technique? (*spoilers/violence/bad language etc.*)  (You are, by the way.  Everyone who’s thought about this at all should see R v. T. Martin.)

All of this is why it’s good to have a plan.  You can plan to avoid getting into trouble (go the other way, walk with confidence, call for help etc.), you can plan what you might do if you get into trouble (where’s the nearest escape, are there weapons to hand i.e. a bag, a phone), you can plan for what you might do if in serious serious trouble (attack soft tissue, move feet etc.) and also, you can plan for what actually constitutes trouble.  So yeah, there’s a bunch of kids hanging out on the street near the entrance to your flat, hoods up, beer, it’s late at night, you gotta walk past them.  Now make a plan.  Call someone inside, perhaps, to make sure they know you’re approaching?  Have your phone in hand in case you need it as a weapon? But also decide what for you constitutes an alarm in this situation.  Is it an invasion of your personal space?  Is it physical contact?  By having a plan you can channel what might otherwise be fear into focus, and it’s that focus that could both protect you and stop you from doing something stupid. Most of the time, kids drinking beer are just kids drinking beer.  Reasonable force and a mental state the jury can believe – both these are harder to pull out of the bag when you’re too frightened to think.

In self-defence classes, my fellow (much more senior and excellent) instructor talks a lot about levels of response, and it’s another good tool to consider, particularly if you have done a martial art and thus are more likely to cause injury to an attacker.

A guy comes up to you in a bar.  He’s drunk, rude – he’s being an arsehole.  He’s in your personal space and you want him to leave.  Has he made physical contact?  No.  Think before you do, therefore.  Be confidence, assertive, look around for friends, help, an exit, support etc. – have a plan.

Now you try to move away from him, and he physically blocks your way.  Okay, so this is starting to rise in terms of threat level.  There’s no obvious help coming, what are you going to do?  You could try instantly disabling him, to prevent a fight happening at all – but hell, the guy’s still just being an arsehole, I’m not sure that punching him in the windpipe constitutes reasonable force unless you genuinely believe that you are in immediate danger.  On the other hand, if you push him gently out of the way, he may get physical, in which case you may regret not having taken him out faster.  The situation varies hugely, but generally at this juncture, if confident words expressing clearly and calmly that you want him to let you pass have failed and he’s still in your personal space, a valid level of response could be a push to make it clear that you’re unafraid and he’s still in your way.

Okay, so you tried that, and it’s gone wrong, and he’s now passed through arsehole and into full-blown assault.  He’s grabbing you by the arms and shaking you and making verbal and physical threats, so now you’re good to fight back.  I mean, still, ideal world you’d be getting help, but help doesn’t seem to be coming so whatever, soft tissue, vulnerable joints, go for it.  You are in present danger, Christ knows what he’s going to do next, you are justified in trying to physically control or disable him, and looking for your exit.  Because have I mentioned?  Disable then run.

At this juncture a question of your self-control may become a thing.  If you have disabled the guy, then that’s fine.  If having clearly disabled him you decide to kick him while he’s down, the law is gonna start getting antsy fast, and the law will be right, all things considered.

Now you see something in his hand that could be a knife.  First things first – you don’t want him to get a weapon involved.  If you can stop the knife from ever leaving his pocket, do it.  And if there is suddenly a weapon, that’s it, that’s you in danger of your life, you are permitted and it is reasonable to defend yourself by every possible means.  If you are a black-belt in awesome-sauce-martial-artiness, then you may still want to ask yourself if there’s any way to end this by beautiful controlly techniques that leave no one badly cut, but even then, knives… knives suck.  If you’re anyone else, odds are you’re just going to be fighting for your life, and that’s the only thing that matters.

None of this, by the by, is written down in a blow-by-blow legal code, and none of it is fixed advice.  Every situation is unique unto itself, and levels of response exist purely as a guideline to what you may feel is appropriate given the growing threat.  Decisions have to be made based upon your personal feeling as to whether you feel someone in your personal space is an irritation, or a serious threat.  A lot of the time, that decision will be about your personal experience, and it’s here again that the law is hazy.  You may feel massively threatened by having a drunk arsehole being obnoxious right next to you, but is that a genuine threat?  And is, therefore, your response reasonable, justified and proportional?  If you have done a self-defence class but all it has taught you is how to be very violent when afraid, then I’m sorry, I think it was a bad class.  A good class should teach you, not only physical techniques, but also how to think about bad situations, and how to measure the threat.  At the shallowest end of danger, the law asks every citizen to think about whether violence is reasonable or justified, and why they believe it to be so.  At the extreme end of danger, the law permits you to defend yourself, and by having a plan and thinking about defence, you can again begin to turn fear, into an awareness of what you can do, what you will do, and what is reasonably done.