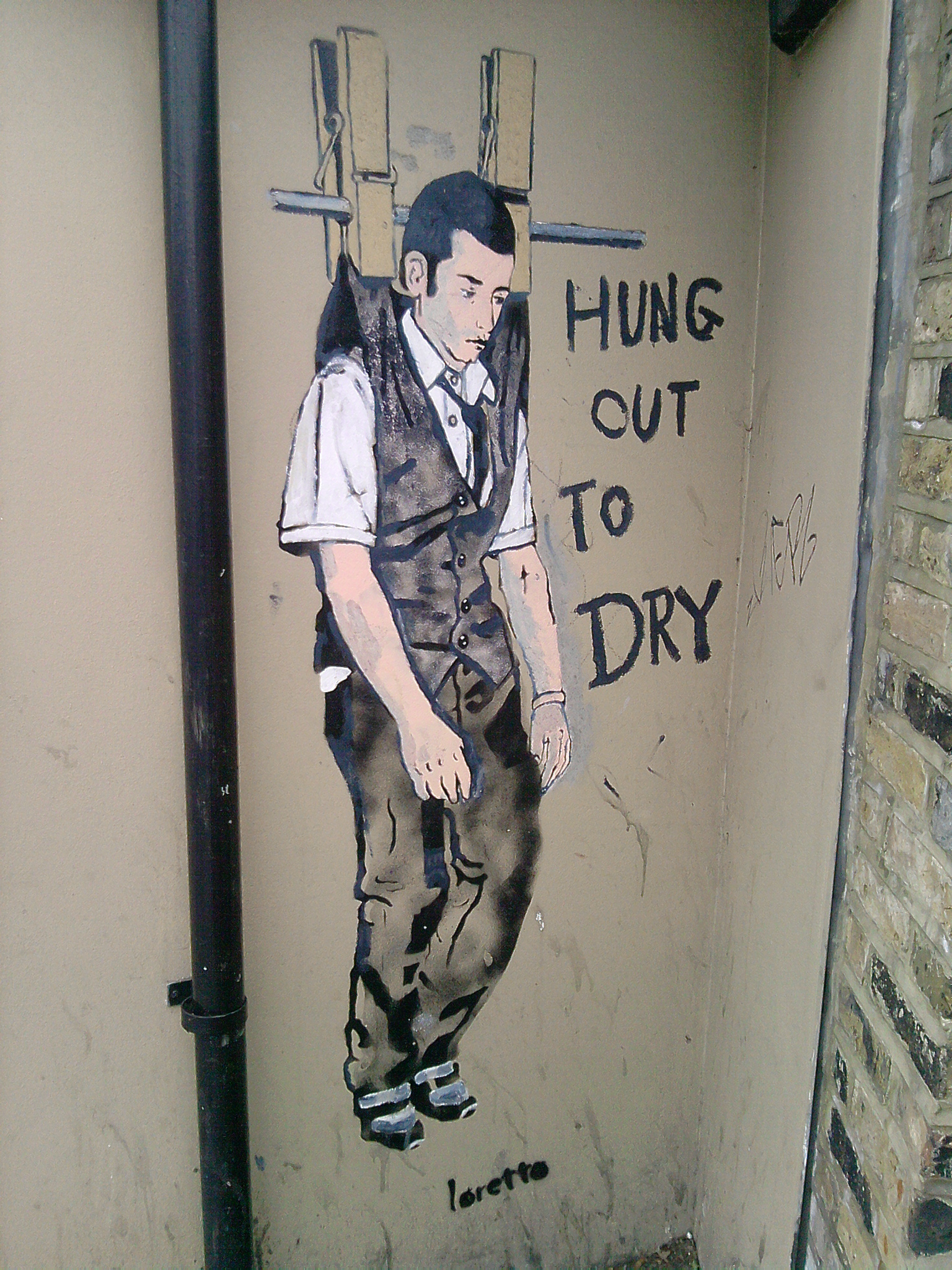 I love George Orwell.  I say that – I don’t know a huge amount about him as a human being, because I’m always a bit scared of finding out too much about your heroes just in case – but Homage to Catalonia was and remains one of the most amazing books I’ve ever read, and 1984 is genius, and Animal Farm is savage and true and incredible and his essays are often that rare combination of both powerful and beautiful to read and basically… one of my heroes.

Also: Down and Out in London and Paris, a book written after spending time living on the bread line, is stunning.  And PIT and the New Diorama are adapting it for the stage, along with Polly Toynbee’s Hard Work, and taking it to Edinburgh for the 2015 Festival, and I’m excited.  And biased, because I’m doing the lighting, but mostly excited.  With source material like that, you’re sorta destined to end up with a play that ticks all the boxes for vibrant characters and ideas that theatre excels in bringing to life.  I have huge faith in the writer, David Byrne, and the cast, and frankly it’s so unusual as a lighting designer to find that all these boxes are being ticked – good words, good director, good cast – that I honestly think it’ll be great.  Not to mention timely.  See: all the ways in which our government is attempting to fuck over the poor.  The world has not moved on, social justice has not arrived, and frankly the stories that are being told are as real today as they ever were, and just as important to tell.

That said, as a lighting designer, my experience from a purely technical point of view of working in Edinburgh has always been… tense.  This will be my fourth show on the Fringe, and my experience has been mixed.  The big problem is that you almost never get more than 5 hours in which to do a tech and preferably a dress rehearsal too, and often the equipment you’re using is not yours.  You didn’t design the rig, you didn’t choose the units, and so you bumble in with a cry of ‘lights up, lights down!’ and hope you have time to achieve that well.  I say that: the last show I did had lights up, lights down 68 times, and the show before that did it 76 times, which given that the average running time for an Edinburgh show is 50 minutes, is really quite a lot of cues.  Down and Out will be the same, I suspect.

Speed becomes the watchword of the day, and to make things faster I’ll sometimes do an offline plot first.  This is is me sat at home on my computer with a bit of software that emulates the lighting desk I’ll eventually be using, typing in numbers – 1@40, 2@35, 6@focus palette 1 – and hoping that when I get into the venue itself, channel 1 being @ 40% will create an effect that is meaningful and does what I pray it will.  Essentially, you close your eyes, and design the show blind.  When it works, it’s tech-geek-thrilling, particularly if you have moving lights.  There’s something very satisfying about getting into a venue, and programming a position for a moving light, only for that bit of data to then cascade through the entire show so that now, on every cue where that unit it active, it’s doing exactly what you want it to do by magic hurrah.

Or not by magic.  By hard work.  And here’s the other great danger of Edinburgh: theatre’s eternal faith in Magic Theatre Science Pixies making it all better if you’re in trouble, just won’t hold.  I’ve been on a lot of shows where, in desperate circumstances, directors have turned round to tech crew and gone, ‘yeah, but you’ll be fine, right?’ because of course, Magic Theatre Science Pixies make everything better on the night really.  And sometimes they do, because said Magic Pixies will work until 2 a.m. to get things ready, and won’t eat for four days, and won’t sleep and won’t stop and will phone up their friends to get more help in and will sweat blood to make things right, and look!  Magic!  It all works.

In Edinburgh you can’t do that.  You have your five hours, you get it right, you stick to that.  The Magic Pixies won’t save you if you screw up.  And so in meetings after the tech, the last words you ever want to hear are: ‘yes, but I don’t think it told the story, so maybe if we change this bit of the show….’  Cue: gurgling horror and despair.

At my lowest ebb of LD self-confidence, I have gone and watched other shows in the same venue as mine, almost entirely to satisfy myself that my lighting, though done at speed is comparatively not total shit.  And relief – such relief – every time I’ve gone I’ve been thrilled to discover that other LDs have also had a tricky time trying to do a decent job in five hours in a venue where the backlight colours, chosen by someone else, have been saturated red and saturated blue KILL ME NOW.  Because when you’re trying to recreate the sense of a basement kitchen in 1930s Paris, the colours of the American flag are exactly what you need to do it.

So yes: if you are in Edinburgh this August, come and see Down and Out in London and Paris at Pleasance 2.  The acting will be excellent, the words will be awesome, the ideas are as important now as they ever were, it’ll be well worth your time and effort.  Just… be kind… if a lighting cue isn’t quite in the right place, or if you’re not entirely sure you believe that Polly Toynbee’s council flat would have been quite so red around the edges.  Let’s just call it an ‘interpretation’ and leave it at that….