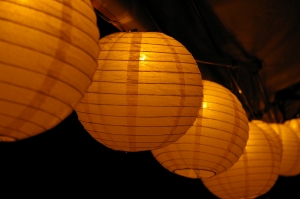 You have to be really good, sometimes, to make bad.

Take words on the page.  It’s hard enough writing ‘natural’ dialogue.  ‘Natural’ dialogue, on the page, sounds utterly unnatural.  It’s very kinda yeah um so… and yeah like after that it was so like, wow, just, like and yeah so then yeah yeah I know it’s just anyway… you know.

Worse: not just the style, but the content of much of natural conversation is really dull.

‘Yeah.  Got rained on coming here but you know.’

‘Yeah, yeah, saw that it was raining, yeah.’

And sure, that can be expressive and fluent, it can be full of the silences between the words, full of the gaps where stuff could be said.  The playwright Carol Churchill arguably specializes in this.  Her plays are full of short scenes in which very little is said at high speed, and it’s all the things which aren’t said that carry meaning, and power, and every time you think you’re about to hit A Spelled Out Truth, the scene ends, and you’re left wondering and filling in a thousand gaps – the audience’s imagination kicking in to engage.  And it’s brilliant.  And arguably it’s bad – story is thrown out of the window, dramatic emphasis is kicked while it’s down, and it’s brilliant, and it’s quite possibly pure genius, and it takes pure genius to achieve something that could otherwise, be bad.  That surely must be bad.  That is in fact, very very good.

Or acting, for example.  One of my strongest theatrical memories was seeing Theatre of Blood at the NT, back when the earth was young.  I have a feeling that I was starting to get interested in technical theatre, because I spent a lot of the play shuddering at how much cleaning up of bodily fluids the stage management team would have to do after… but that isn’t even the point.  The play opened with the Worst Actor In The World delivering a speech.  I think it may have been something from the Tempest – it was definitely Shakespeare.  You were informed very early on that this was the Worst Actor In The World and lo, as the words came out, you quickly realised that yes, yes indeed, you had never heard Shakespeare so mutilated or mangled in all your days.  And yet it was genius.  Pure, torturous, ear-shattering, word-killing, tragi-comic genius.  And it takes genius to be that bad, because bad, mundane, day-to-day inadequate bad, is simply bad.  It’s just annoying.

There’s also a difference between Bad Bad and Fun Bad.  It’s the distinction between Return of the Jedi and The Phantom Menace.  Both films are arguably, pretty bad.  Dubious acting, dodgy scripting, questionable narrative development… but Return of the Jedi is fun bad, a bad you’re happy to cheer through while eating popcorn, whereas Phantom Menace is Just Bad, and you can’t wait for it to end, and resent that your life was wasted in front of its pixels.

Making Good Bad is therefore, a real struggle, and one I’d argue it almost takes more excellence to achieve than merely making an average kind of good.  It was a test I recently failed as a lighting designer, when attempting to light a musical.

‘We need it to be bad.  Cheesier, tackier, up the camp factor by 400%,’ came the command from the director.  We were under a great deal of time and technology pressure at this stage – there were many moments when the great wisdom of Q2Q came to mind – and while I did understand what the director was asking for, actually achieving it proved to be a battle.  The problem is this: that people notice bad lighting.  They do.  They very rarely notice good lighting, and that’s excellent – I don’t want the lighting to be noticed, if you see the lighting then you’re not experiencing the show.  Lighting may help you think ‘my god this is the tackiest, cheesiest thing I’ve ever seen’ as per the director’s command, but if you go ‘wow, the lighting is the tackiest, cheesiest thing I’ve ever seen’ then you’ve stopped watching a story, and started observing a technical department, and that’s a fail.  It simply is.

Achieving bad lighting therefore, actually requires a great deal of time in order to make it good.  To make a disco state so cheesy you can taste the Stilton, you need to saturate your colours, spin that gobo, chase those pars… but to lift it to the point where all the eye can see is psychedelic madness, you also need to start taking out units which are pulling against the overall cheese, such as front light and key light.  And to do that, without making your actors invisible (see: Bad Lighting) takes time and precision.  Or there’s that other great danger word: ‘can you make the lighting bolder?’  Well yes, yes I can, but again boldness comes as much from taking certain units out as well as putting them in, and if you ask me to take a unit out on a Tuesday, only for your actor to be standing in a darkness on a Wednesday, well then again I have failed, because now the audience isn’t thinking ‘wow, how bold is this shit?’ they’re thinking ‘oh, I can’t see the actor what’s up with the lighting’ and again, we have failed.  We have crossed the line from Good Bad to Bad Bad, and I weep quietly into my notebook.

Bad Lighting in theatre is therefore an incredibly difficult art, and I would far rather have a show that’s kinda average throughout and where the audience don’t notice the lighting, than a show which is 80% bold and brilliant, but where for 20% of the time the audience is sat there going ‘Jesus, what’s wrong with the lighting?’  Because my job is to create place and time and feeling and style and beauty and ugliness and all things in between on the stage… but my job is also to help tell a story.  And more: to tell it well.  Good Bad, rather than Bad Bad Bad.