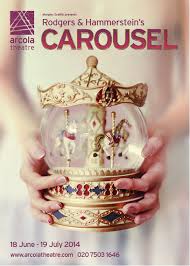 I love it when you reach a point in a creative relationship where you get to say ‘no’.  There are various different levels of conversation you can have with a director or designer.  With someone who you don’t know, as a lighting designer you frequently find yourself having to say something along the lines of, ‘I see what you’re saying, and it’s interesting, but I’m not sure if the image of the celestial archangel descending upon a shaft of gooseberries, invoked entirely with one profile and a gobo will read… perhaps this might work better..?’  With someone who is really very insistent, you might have to up the ante and go full-technical. ‘I definitely see why you want this, but unfortunately we’re out of DMX, the hot power’s gone cold, the cold power’s gone soggy, the dimmers are tripping the sweet fandango and I’m all up the zargees.’

In an ideal creative relationship, the director suggests something (‘MORE PINK!’) and instead of having to coat your words with the gentle sheathe of ego-soothing sweetness, you can simply turn round and say, ‘no’.  Not ‘no, I’m not doing it’ because that’s just a pants reply that helps no one whatsoever, but ‘no, because this is Macbeth and pink just isn’t in keeping with the show, let me explain why in a sensible voice and suggest something else.’  Within that single sentence is encapsulated the very basis of what a good creative relationship should be – an actual, honest discussion of an actual, sensible idea in which director, designer and lighting designer work back and forth, together, finding a way to make a good thing more awesome.  It is the golden thing to which we all aspire, and the amount of time saved, and the clarity of ideas that emerge by being comfortable enough with a team to skip all the ‘I completely see what you’re saying but’ nonsense, is wonderful.  I’d suggest it’s also wonderful for the director – being able to talk to a creative team without having to sugar-coat everything, being able to express your ideas properly and having a team willing to stand up and say, ‘how about this?’ makes a better show; simple fact.

All of this said, lemme come to the point of this post.

I’m lighting a production of Carousel at the Arcola Theatre in June.  And it’s gonna be awesome.

It’s gonna be awesome, mostly, because the guys behind it (Morphic Graffiti, who are going to rule the world) are fantastic.  This is the third time I’ve worked with them, and plain and simple: they’re fantastic.  Don’t get me wrong – like everything they’ve ever done, I have no doubt that Carousel is going to be monumentally stressful, mostly because the scale of their ambition is, as always, insane.  Alas, when I do say ‘no’ as a lighting designer, I only ever say it to ideas that are truly daft, or utterly impossible.  Putting on Carousel is neither… it’s just quite close.  I’ve spent the last few days building models of both the theatre and the set on my computer in preparation for a full rig, and it’s… oh it’s an adventure…

But, however much I may stare at my preliminary rigging plan and want to eat my own spanners and cry alone in a corner, I still think it’ll be incredible.  The director and the designer are fantastic, the cast are brilliant, the tech and extended creative team are awesome, and though we might walk into the theatre on fit-up day and groan a collective groan of ‘what the hell have we let ourselves in for seriously?’ I still think that, when the pain has passed, we’ll have something stonking.