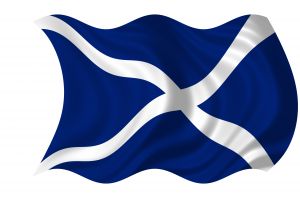 Sooo for anyone who hasn’t heard, Scotland is having a referendum in a few months time about independence from England.  Which is groovy – referendums are always fun, right?

And obviously I’m not Scottish, and I can’t vote in this one, and everyone’s sticking their oar in, so I’ll try and keep this short and simple and sweet.  Basically: I’m pro-Union.

My views have very little to do with either politics or economics.  I think it likely, particularly looking at the voting patterns of the North, that Scotland despises the Conservative government just as much as I do, and I’m sorry on behalf of all England that Scotland too suffers under the weight of the puffed-up ideologue loons who currently inhabit Westminster.  Will Scotland be better or worse off economically speaking if it splits from England?  Dunno.  Historically it hasn’t had a great time, but that was 500 years ago, so really, who’s counting?  Will England be worse off if Scotland goes?  Well, almost certainly, if only because we’ll have our despicable government all to our sunny selves, with fewer constituencies likely to vote them out.  Save us, Scotland!

But all of this isn’t really the point.

The base reason why I’m pro-Union is this: that lines of national boundary and cultural difference have been the cause of more crap for the last few thousand years of human history, than almost anything else in the world.  Humanity’s capacity to invent differences and reasons to screw over the other guy is almost boundless, and the willingness of governments to distract from internal problems by ranting and railing against external woes is even more so.

I’m thrilled every time I hear the words ‘multiculturalism’ or the rantings of people who claim that ‘British culture’ is being diluted.  Dilute away!  I firmly believe that cultures and peoples are made richer, not poorer, by the mingling of histories, traditions and religions.  We do not forget our stories – merely expand the context of the world in which they are read, and this is surely a wonderful thing.  In this day and age we should be knocking down the divisions between people, not building them up  and at its most basic level, Scottish independence will create barriers.  Not simply will it potentially raise barriers against trade and political co-operation, but it will raise a social barrier, and create yet another Them who are different from Us.

Devolution I’m all on board with.  Devolve away!  The rights to healthcare, education and the humane protection of the law should be universal to all people in all places, but after that I’m really not too fussed.  But let’s not isolate ourselves as societies any more.

Scotland: please don’t go.  Our government are inane, and yours are… characterful, I think we could say.  Let’s be infuriated by them all, and change it all, together.