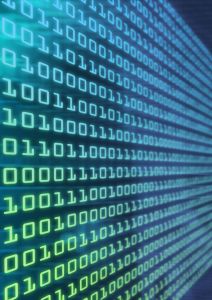 So yes.  As a writer, I spend a fair amount of time on the internet.  Looking for stuff, learning stuff, and just generally not being as dedicated to other stuff as I should be.  In fairness, as a lighting designer I spend a fair chunk of time on the internet, though that tends to be catching-up-on-work stuff.  When I’m lighting a show, particularly music events, there’s no time to look away from the stage or the data on your screen, but the rather less glamorous adjunct to that truth is quite how much time a technician spends waiting for things to happen.  Waiting for something to begin… waiting for something to end… waiting for a moving light to reset… waiting for haze to fill a space… just… waiting… and when not reading a book (because often theatre waiting comes in snippets too short to get into a story) this time I spend on the internet.

Therefore, since at the end of the day a blog is a digital thing and I figure I may as well grudgingly concede that I am not an island unto myself, some of my favourite haunts of the 21st century are herein below…

Memrise.  How would I have got any Chinese vocabulary at all without Memrise?  Or, for that matter, learned all the countries of the world?  And more than that – would I have started building my memory bungalow (the other thing I do to keep myself occupied when bored) without actually being provoked to think about knowledge, learning and how we recall it, and discovering in the process that at the end of the day, I’m really quite ridiculously visual in my memory set?  Possibly not…

Duolingo.  How would I have learned even a single phrase of French without duolingo?  Poorly, is the answer.  Poorly.  All I want now is a site that combines the grammar of duolingo with the vocab of memrise, for Chinese, and my day will be made…

Skillcrush.  I haven’t yet really got into this, but it’s something I really want to try.  Learning basic digital skills seems fairly essential in this changing world, and even if it’s not going to revolutionise my life, it’s something new to try.

Reason and reality.  As with all political comment, look for the bias.  But at least with reason and reality, the bias is written on the sleeve and the outrage is too, and thus I warm to it if only as an excellent starting point for the debates that the UK desperately needs.

Wikipedia.  I admit it.  I use wikipedia.  I always double-check anything I do use from it, and I am highly skeptical of most of its content, but if you’re looking for something to point you at something else more interesting, wikipedia isn’t half bad.

How Stuff Works.  I actually listen to the podcasts – particularly Stuff You Should Know and Stuff Mum Never Told You.  The former, rather like most things I know about, offers a very broad but interesting introduction to every topic under the sun.  The latter is… I shy from saying ‘feminist’ because the word is weighed with connotations that mean different things to different people.  Let’s therefore say it’s a podcast that looks at things from the perspective of gender, whatever gender happens to mean.  And rather like Reason and Reality I am a huge, huge fan of at the very least, considering the nature of the debate.  On a similar theme, ehow and sites of that ilk are not so much useful for learning how to actually do something, but for giving an insight into just how much stuff there is which could be done.

Upworthy.  I don’t really go searching for stuff on this website, but so many interesting things are linked back and through and via it etc. that I can’t help but be drawn every now and then.  See above: the debate is important.  (Also: hurrah feminism!)

On a different note, this was a beautiful distraction for 10 minutes one random day as I wrote this blog post….

… am I an internet fiend?

No.  The internet, as someone wiser than me once pointed out, is mostly inhabited by people who shout very, very loudly, rather than necessarily by accurate or well-informed information and debate.  But!  It is also a repository of thoughts and ideas, and if you take it all with a pinch of salt, it can be a gateway to incredible information and opportunity, that can democratize both knowledge and speech for all mankind.