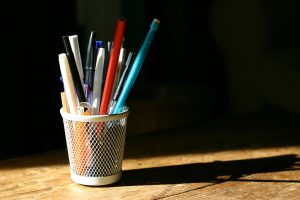 I’m writing emails in the voice of my narrators.

Sometimes it’s tiny things.  An email complaining about a ‘dearth’ of equipment instead of ‘not enough stuff’.  A note inviting consideration of an idea, rather than thinking about things.  Its worse when I write historical stuff.  (Me?  Writing historical stuff?  Did I say that?)  At least with present day there’s decent odds that all that will happen is an increase in linguistic precision.  Or in the case of Sharon Li, a decrease in linguistic precision.

Hell – writing Sharon Li!  I have a lot of emails in my sent message log from those times which began with ‘oi oi, soggy brains!’ and built up to their like, totally oratorical climax and that.  I didn’t really have this problem when writing Swift, since at the end of the day his main character trait is a problem with pronouns, and sure, I’m suggestible, but I’m not that suggestible (we think).

I’ll finish the book and this problem will pass.  It’s not even a problem!  My present narrator is perfectly capable of turning a decent sentence without causing too much offense.  The problem is, my present narrator, in the interest of historical accuracy, is also capable of turning four perfectly decent sentences at great and waffling length – with little diversions on the way about this, and mullings about that, all finely judged, naturally, because this narrator is nothing if not chippy – when one sentence would do.  Every time I write a sentence of less than twenty words I feel a pang of guilt – but that’s okay.  Because it’s not about doing an accurate portrayal of how a character would speak in [insert century here] – it’s about doing an okay impression of how we think they might speak, which remains still something we can tune our ears too.

It’s just a little unfortunate that, having got my ear in gear, I can’t get my email out of it.