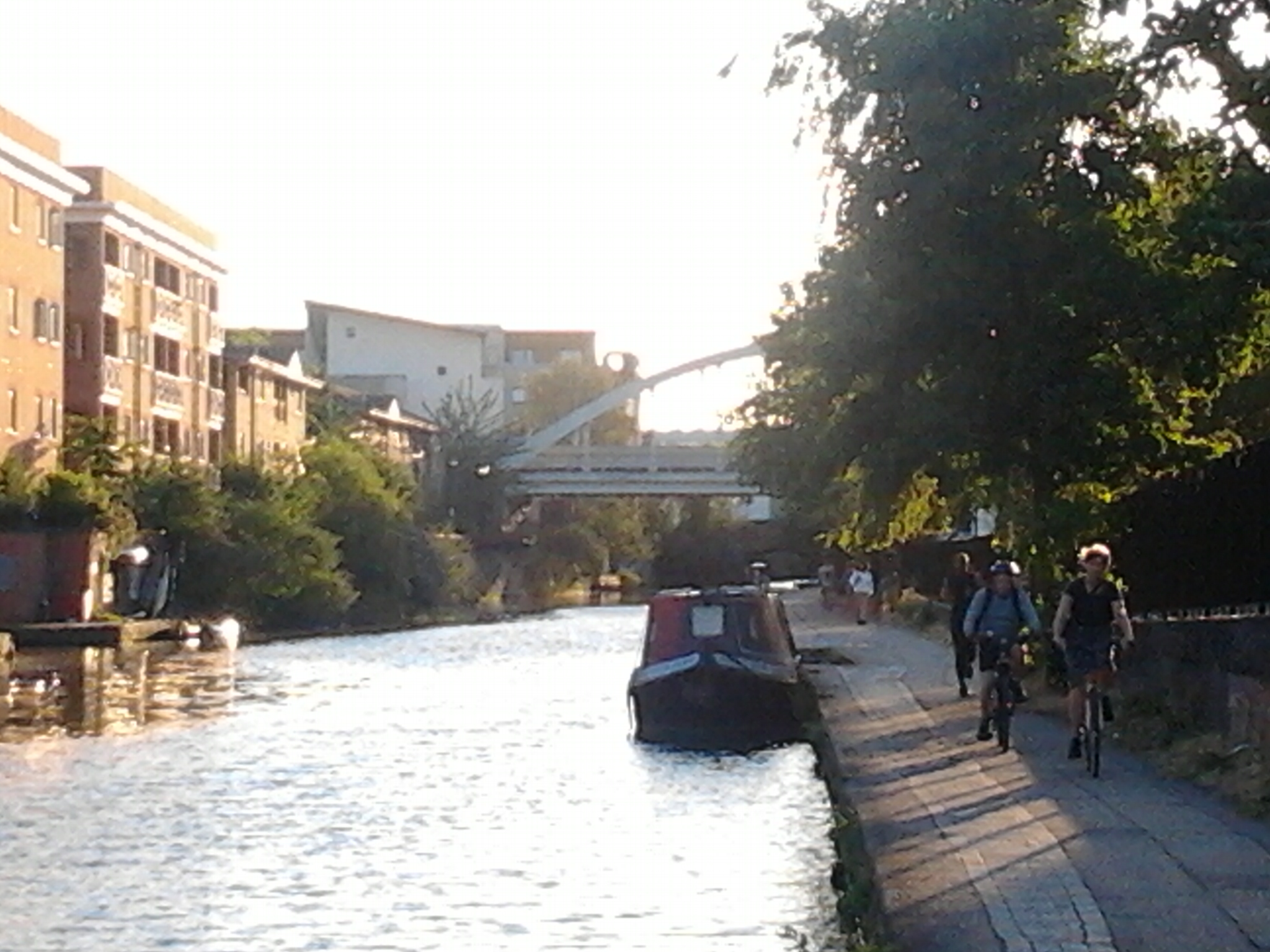 It’s been a while since I did this, but finally, on my way to stick-hitting, I went for a wander along Regents Canal.  The Canal used to be a vital industrial lifeline for London, but no sooner was it built, so it seems, to carry in coal and all the needies of early modern life, than it was supplanted by the railways.  So now it shrugs down from the North, through Camden and past Kings Cross, round through Islington and down to Mile End, before eventually hitting the Thames around Shadwell.  Its banks are lined with disused warehouses, warehouses converted into apartments, giant council blocks and new building sites.  The waters are weighed down by barges with names like Old Rosie, Dragon’s Breath and the Wife of Barge, from which sometimes in an evening you can hear the radio playing and see people having supper and drinks on the roof of their heavy boats.  Canoes sometimes brave the shallow waters, though not the locks that occasionally line it, and the towpath is a medley of joggers, walkers, dogs and cyclists who are a mortal hazard to life and limb as they crawl under the low bridges of Hoxton.  The water, let’s not lie, is full of rubbish.  Old beer cans, fishing nets and broken bits of oar are visible when the angle of the light is right – but people still fish from the locks.  Along the posher reaches, towards Angel and Camden, bars and pizzerias have opened up at the water’s edge, serving the quays of newly built housing that occasionally jutt of from the water-side, and at this time of year, baby moorhens and young swans are getting their confident up, and chasing the punters for bits of discarded food.  A walk along Regents Canal doesn’t have the glamour, or the smartened-up history of the Thames; but in many ways it has a run-down sluggishness that is just as charming, in very different ways.