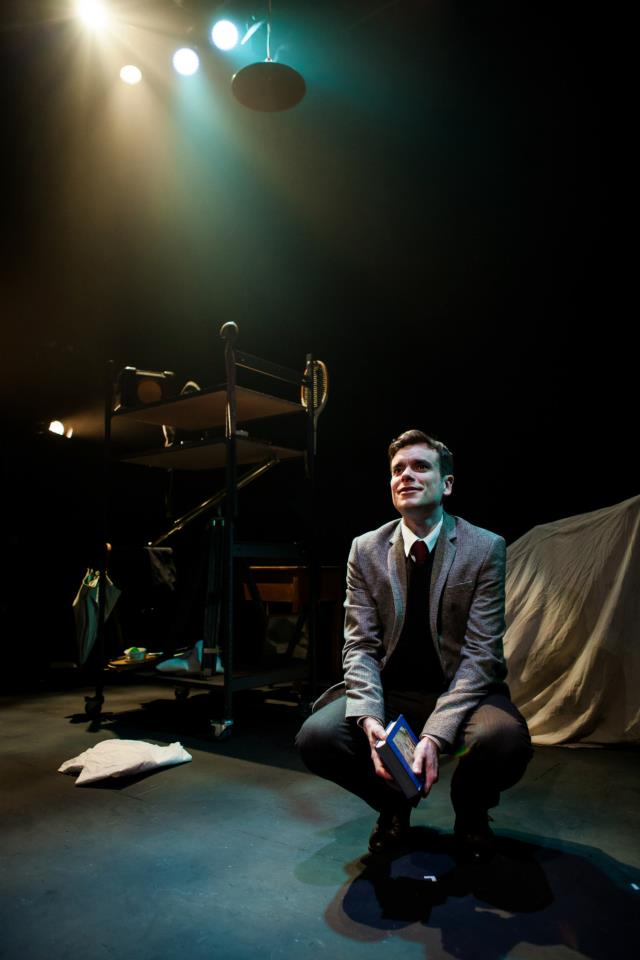 So hungry it hurts.  So hungry that actually I’m not sure I can eat.  It’s a hard thing to describe – that moment you pass through hunger and out the other side and the notion of food is actually strangely repellant.  Must eat.  Can’t quite work out how.

The reason for the hunger is that today marks nearly the end of two weeks of technical rehearsals.  Musicals musicals musicals – you know, I’m not sure I can remember what it was like not lighting musicals.  I feel sure that there was a time when I didn’t dream in quavers, or wake at three a.m. in a cold sweat over the cue partition that I clearly missed but would make everything better.  I close my eyes and all I see are coloured lights moving over the back of my retina, or channel data shrugging along a dubious dimmer curve.

Let’s see if I can drag my brain towards what I’m trying to say.

The show I’ve been lighting this week is called the Universal Machine.

It’s a musical about the life of Alan Turing at the New Diorama Theatre.

When I read the first draft it was with with trepidation… and finished with delight.  Because – and here’s the odd thing – it works.

It more than works.  And through the mild delirium, I’m really, really proud of the show, and of every single person who’s worked on it.  One of those few pieces where I found myself, despite being thoroughly saturated in the script, forgetting to catch my breath.  Not often I get to say that; happy to say it now.