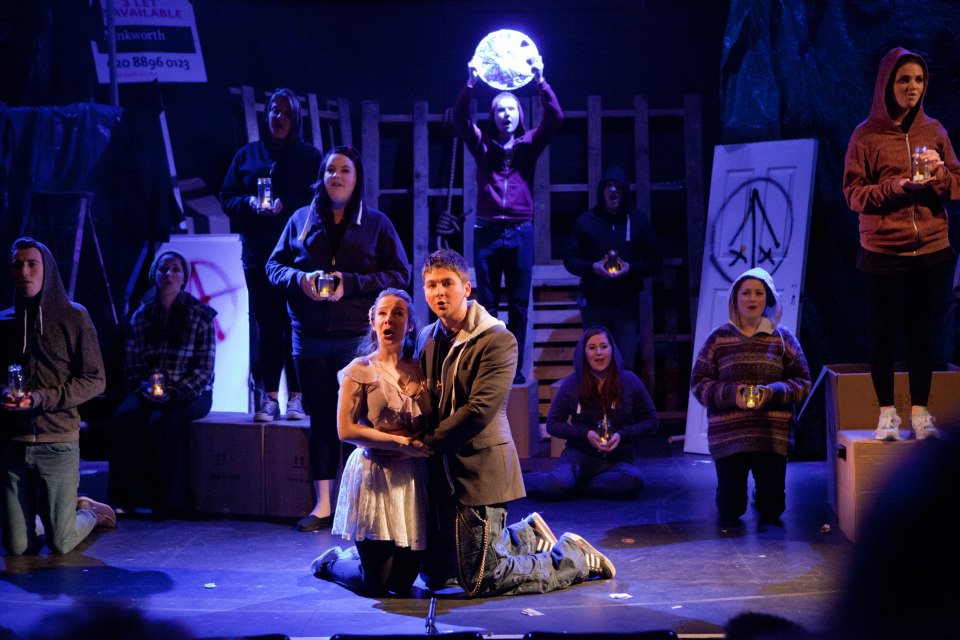 The top three tips are from my favourite lighting designer, Paule Constable.

The rest are mine!

(Or: ‘It’s a show, not a kidney’ as one of my favourite set designers says.)

Lighting designers spend a lot of time sat on not-particularly well-designed chairs, for hours without break, leaning over plans and squinting in the semi-darkness.  It’s uncomfortable and straining, and I for one, at the end of three or four days straight of it, am shattered.  The same thing could be said – but more so – for lighting technicians.  After one particularly long fit up, which lasted the best part of a week, I found it actually rather difficult to walk, let alone without pain, and lifting my arms above my head was a no-no for days.  Technical work in theatre is hard; look after yourself.

Amazing how much money you can waste on food and drink during a technical rehearsal.  It’s not that you won’t eat it; it’s just that you’ll be eating while trying to do a lighting design.  Last show I did, I found myself programming with one hand and eating a ham sandwich with the other, as there simply wasn’t time to stop and get a proper meal.  If you get a chance – plan your meals.  Make sandwiches in advance.  Stock up on marmite for breakfast.  And bring your own water bottle.  Because if not, you will suffer and so will the environment at large, and when you’re done, your body won’t let you work for days after.  (Also, any theatre manager who says you shouldn’t eat in the venue during tech, has clearly never been in tech.)

I used to have this written on a postit note stuck to my LX desk.  If you can do it with two lights instead of four, then do it with one.  Or as Paule put it – if something isn’t working on stage, don’t add, take away.  Odds are you’re losing the clarity of what it is you’re trying to create by having too much stuff there.  Sure, if you’ve got a guy bang smack centre stage and a lot of movers in your rig, there’s a certain glee in having twenty different units pointing at the same place, as you end up with shafts of light through the air to pull the eye.  But sometimes a single unit in a world of darkness is oddly enough, far more powerful…

Haze is expensive.  Haze is irritating to control; sometimes you pump it into a space for hours and it still won’t fill  – sometimes you turn it on and instantly the room vanishes behind this wall.  Haze is the difference between a space becoming infinite, with darkness vanishing into an unknown void, and just being a box theatre.  Haze is the difference between someone standing in a blob, and standing in a shaft of light.

A director once began his relationship with me with the immortal words, ‘Now, I don’t know much about light – I know there’s orange, and I know there’s blue.’  If ever there was a way to make a lighting designer weep, it was with those words.  In theatre we talk a lot about ‘warm’ and ‘cold’.  To put it simply – walk into your living room and turn on a nice, old-fashioned tungsten bulb.  It feels soft and yellow and kinda pleasantly sleepy.  Then go into your kitchen and turn on a fluorescent strip.  It’s far brighter, harsher, whiter, and feels sorta alert and unsentimental.  These two colours both claim to be ‘white’, but neither is.  They’re only variations around a theme.  Between these two sensations – warm and cold – lighting designers can create very interesting and subtle emotional effects, as well as suggest time and place.

Witness… the warmth in the picture above is both soft, but also was also intended to create a sense of claustrophobia, of just one light source and a great deal of shadow, of heat and threat all at once.

.. arctic chill is usually associated with ‘nastier’ environments.  It’s the kind of – not exactly ‘colour’, merely atmosphere – that Macbeth would monologue too, or Hamlet would shudder beneath while looking for his Dad’s ghost.  Which isn’t to say that ‘warm’ = good and ‘cold’ = bad – the opposite can easily be true!  It’s simply a case of using very subtle shifts to trick the mind into a sense it didn’t realise it was falling into!

And when you put the two together, you can oddly create some very beautiful effects, which both pull the eye and tell a story.