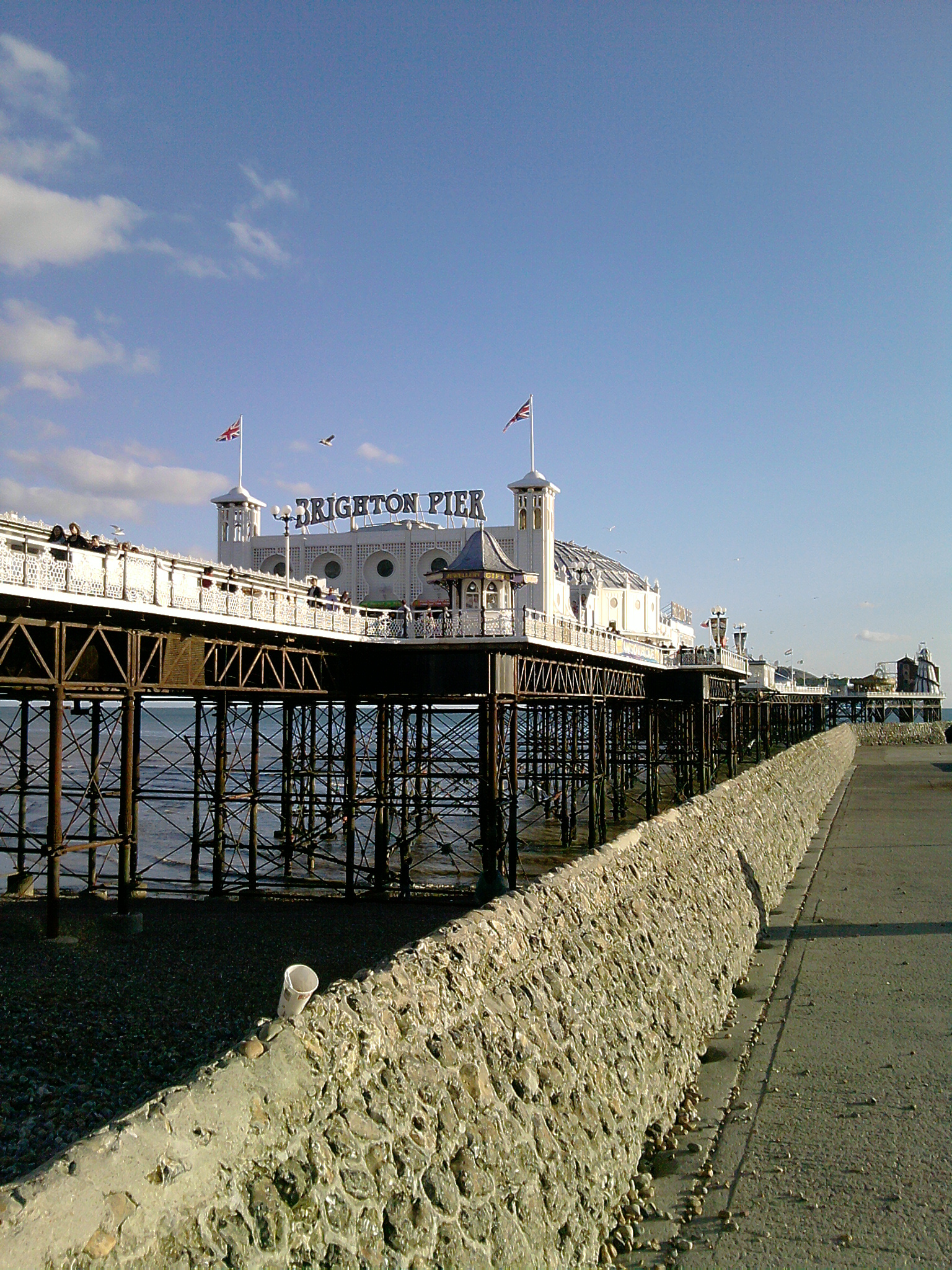 The last time I visited Brighton was on a day-trip from RADA.  The entire technical course contingent, as a sorta-treat on the last day of term, were packed up into a coach, trundled off to Glyndebourne, toured the opera house, ate strawberries and cream and then, to round off that dear-god-we’ve-survived-one-year-at-RADA vibe, taken down to Brighton for an hour and a half by the sea.

… as is so often the case with technical theatre…

… the day before I’d been up until midnight working my socks off on another show.  And I’d just finished two non-stop weeks of non-stop work, punctuated, to make matters worse, by a heavy bout of gastroenteritis.  I was, therefore, shattered, and the idea of going to Glyndebourne, let alone Brighton, appalled me.  I’m sure you’ve all experienced it… that special kind of tired when you feel a bit drunk.  When your eyes hurt so much you can barely keep them open but when you close them it’s just even worse, because they’re pressing into your eyeballs and all that painkillers do is make the fact you haven’t slept hurt even more… that kinda tired?  All of which meant my experience of Brighton was rather marred by the absolute conviction that if I didn’t lie down soon, I’d fall down.  And thus the memories blurred.

This time was much, much better.  I was going to Brighton for Fantasycon (‘Mingle!’ my editor cried, ‘mingle!’) but let’s face it, I was also partially… not very sneakily… going because I wanted to explore Brighton and see what the fuss is about.  It is a south coast holiday town.  It may even call itself a resort, mostly, let’s face it, but mostly because in the late 1700s a randy drunken English prince decided it’d be a groovy place to sneak away from his quite, quite insane Dad, so he could shack up with unsuitable people and have a wild and randy time.  The British monarchy… what’s new?

Certainly, there are a lot of very pretty things in Brighton.  The Lanes are indeed, very lane-like, filled with little winding streets selling quaint and pretty objects.  The sea is indeed, suitably wet and epic, the Royal Pavilion (where said drunken prince had afore-mentioned groovy time) is ridiculous and worth seeing for that very fact, and a lot of the architecture (minus some horrible blips) is very pretty in a Regency style.  But let’s face it.  You don’t go to the English seaside for it’s pretty, relaxing qualities.  The English seaside is all about wild winds, rattling rain, grey seas smashing against a shingle shore, and fish and chips eaten in a doorway while cowering from sideways sleet.  It’s about over-priced games arcades, strange, over-heated hotel rooms where you’re pretty sure you can hear something dripping and the only channel on TV is ‘Cheap Buys Extra!’; it’s about Sunday closing and wondering if you really should spend £20 on a piece of driftwood.  And Brighton, as well as being pretty and with a good range of cake shops, can certainly achieve all these things.

I suppose I should also take this moment to say a few things about Fantasycon.  (‘Mingle!’ my editor’s voice whispers, still in my ear.  ‘Mingle with your kin!’)  However, the simple truth is, that there aren’t that many ways to get interesting prose out of ‘I met interesting people and had a lovely time’ whereas there’s tonnes to be said about why the British are obsessed with eating soggy chips in raging North Sea gales.  I did meet interesting people… and have a lovely time… I think a special hello goes to Benedict Jacka, who gets kudos for chivalry, and only a few minus points for his terrible, tragic ignorance of cat’s cradle.  Mike Carey was, is and remains the nicest man in fantasty/science fiction, and hello too to Tom Pollock; who seemed to automatically achieve groovy status without my quite noticing how.  Bonjour Benoit, translator into French of ‘A Madness of Angels, and also uber-respect goes to Lou Morgan, a head honcho of Fantasycon as well as a recently published writer, with whom I shall and will yet get to play that game of pingpong.