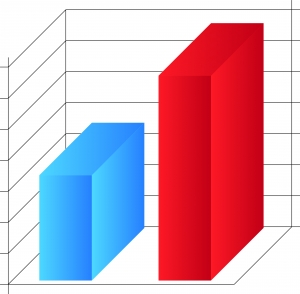 There’s a fantastic scene from the old TV series, ‘Yes, Minister’, where the senior civil servant takes his bumbling, inept minister through the complexities of how surveys lie. The original text (full credit to the authors, Antony Jay and Jonathan Lynn!) is this:

It’s a brilliant bit of writing in its own right, but it also demonstrates a damn groovy point – that for every statistic you hear, every on-the-spot poll we find earnestly being discussed on the news, there are choices which have been made in the questions which were asked, and the people who answered them, which are almost never addressed as we are informed that this many people DEFINITELY think that, or that many people ABSOLUTELY reject this.  A friend tells a story of this taken to an extreme: leaving customs at Heathrow one day, he observed a woman from British Airways stopping customers and asking them the following question:

“Excuse me, sir, may I ask you to rate your flying experience with British Airways?  Would you say your experience was good, very good, or superb?”

I would be surprised if the managers of British Airways didn’t feel pleased with themselves when the poll results came in.  Every day we are bombarded with information which is, at a deeper analysis, probably nothing of the sort.  There is some truth in the maxim that everything you hear on the news is true… except for the 1% you happen to know something about.  In this age of high-speed news services, of online entertainment, of globalisation and rapid communication, we tend to like quick answers and easy absolutes.  I was genuinely distressed to read an ad on the Underground for a magazine who’s tag line was ‘Read Less, Know More’.  It’s a tantalizing idea, but I can’t shake the feeling that more than anything, we’re reading less, and believing more without ever bothering to ask how much bigger the issue is at stake.  Even the way information is presented to us, can often be misleading.  Witness pie charts and graphs on the news, which show great rises and dips, huge chunks of wealth or power or [insert topic here] being created and destroyed around us… and only if you look really closely will you spot that actually the axis against which all this is plotted is five minutes on a Thursday afternoon, and the wealth in question is three pounds in a piggy bank, rather than the great sweep it proports to represent.

That said, sometimes simple means of expression have a certain charm. I was recently introduced to this website…