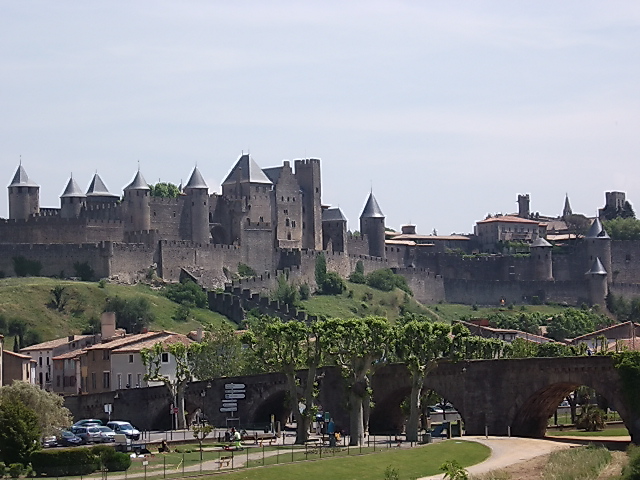 Let’s start by saying that I’m beginning to suspect flying budget airlines is something of a false economy.  It’s not necessarily that they’re always cheaper than your standard airline – often they are.  It’s the sense you can’t shake from the first wave of the boarding pass to the last clunk of the baggage reclaim belt, that the budget airline operators are out to get you.  Sure, printing out your own boarding pass from the comfort of your living room is no great imposition, but are the operators hoping, willing, that you miss the small print and fail to do so and they can just charge £30 for the privilege of doing what all airlines generally do anyway?  Quite possibly.  And then, of course, there’s the baggage restriction.  You may have thought you were doing well with a £50 fare to the destination of your choice, but it’s an extra £15 (£50 if you get to the airport ignorant of this fact) to stow your baggage and if you don’t, a stern-faced customs man is waiting at the border to destroy your shampoo or anything which looks even remotely liquid, aerosoled or just plain unsanitary before you get near that airplane.  Add into this taxes, fees, petrol levies and contributions towards the manager’s slush fund, and before you know it, your £50 fare is £100 before you’re even in the air, your soap has been destroyed in a controlled explosion, there’s a family of Bulgarian saxophone players and their two mewling infants crammed into tiny seats next to, and someone is trying to sell you their in-flight bingo and a bottle of water for only £3.50.  What is the conclusion we must reach from this?  That perhaps, sometimes, it’s worth paying £105 and not having to give a damn after all.

We’d been invited to a birthday party in the Pyrenees.  It’s not very often I get invites to big birthday parties anyway, and in an ex-pilgrim hostel up a mountainside… well, how often, I figured, is that going to happen?  Through a long series of events, both myself and my Mum had ended up being invited; I by the daughter of the birthday couple, my Mum by the couple themselves.  Getting there, we felt, was going to be a bit of an adventure, but rather than fly direct we decided to go to Carcassonne first, to spend what I believe Americans would call ‘quality time’ together.

I vaguely remember going to Carcassonne once before.  I think I was maybe seven years old, and it was Bastille Day.  As part of the celebrations, there was a firework display, and one of the images burnt into my mind was of waterfalls of bright white fire pouring down the walls of the medieval city which towers over the river and canal waters below.  Once upon a time, the area had a strong Cathar influence – Catholic heretics about whom I know very little, other than they were persecuted, fought, lost, and are now most remembered for their walled cities, imposing castles and the wide range of tourist outlets selling cheap swords and medieval cowls to the large numbers of tourists passing through their gates.

As part of our trip to Carcassonne, which was only a day, my Mum and I attempted to fulfill all the traditional roles of British tourists abroad.  We stumbled through our limited knowledge of French, until finally the locals lost interest in our efforts and switched to English; we ate ice cream in the smiting noonday sun; wandered beneath ancient stone arches and rested in the shade of waving green trees.  We ordered steak and frites, while Mum reminisced on days when she’d sailed up the Canal du Midi and I studied the leering faces of the gargoyles for images of monsters and men.  And of course, when the summer sun got a bit much, we took shelter in the church at the top of the citadel, which obligingly fulfilled both its traditional roles by providing both a blissfully cool interior lit by brilliant colours through the stained glass window, and by providing spontaneous close-part harmony song from four travelling Russians.

Our plan, once we’d indulged in a night in Carcassonne, was to catch the train from the station, conveniently opposite our hotel, to first Tolouse, then Pau, then a smaller city by the name of Oloron Ste Marie, and finally a bus into the mountains.  It was a smooth, well-thought out clockwork machine, which went immediately wrong when we arrived at Carcassonne station, with the announcement that our train was delayed by 40 minutes.  Naturally, we had left some lee-way to change trains in Toulouse… a whole 30 minutes, in fact.  Arriving ten minutes too late to catch our onward train to Pau, we paused in Toulouse for lunch, and again, reminisced.  In my deepest childhood, we used to catch the ferry from Dover to Calais, and then the sleeper train from Calais to the south of France, and Toulouse was one of the destinations which I’d wake up in as a kid on the summer holiday.  I suppose, in this sense, it was oddly appropriate that we were forced to pause again by SNCF in the town for another round of salad and frites.

By the time we got to Pau, we’d naturally missed our onward train to Oloron, and so another round of coffee and biscuits ensued on the benches outside the station, as the smiting sun really did its best to fry the tarmac around us.  When the train to Oloron eventually arrived, it was barely a train at all – more of a two-carriaged bus on tracks, which wove down a single track between forests and foothills which grew steadily steeper, darker and wilder as we headed towards the mountains.  By the time we caught the bus in Oloron, there was an undeniable sense of leaving civilization behind.  My Mum and I were two of only three travellers on the large coach as it passed through smaller and smaller villages through the mountains, and when we eventually reached our stop, it was precisely that – a stop.  A single sign in the middle of no where, caught beneath two towering cliffs of grey stone over which the vultures quite literally circled.

We were eventually saved from our wanderings by a couple of old friends with a car, who took us to the place of the party itself.  Set between two peaks, the house overlooked a fast, shallow river of utterly freezing fresh water.  I barely dared to tip a toe in; one of our party was brave enough to actually swim up and down while the rest of us looked on and shuddered.  The interesting thing about the river – besides the rather too-friendly pony which haunted its banks – were the sheer range of stones which made up its bed.  Black, white and grey didn’t really begin to cover it; also blues and greens, veined with white and yellows, which somehow were only really noticeable when the light hit the water.  Kites and buzzards occasionally circled overhead, and at night the two loudest sounds were of running water and leaves swaying in the trees that clung to the sheer slopes above.

As for Oloron Ste Marie… I only proper ventured into town once, when I had breakfast with some of my friends, and I have to say, it was a slightly spooky experience.  France on a weekend is not hugely vibrant to begin with, but Saturday in downtown Oloron was downright catatonic.  Empty streets and silent shops framed by beautiful buildings and bridges literally smelling of honey bridging running waters, were off-set by the sound of Euro-pop being pumped eerily through a public announcement system from the lampposts on the street corners.  After a while, the whole thing was beginning to feel a bit like an episode of The Prisoner, but with an inestimably French twist on the tale…

Eventually, as all good things must, the weekend came to an end, and I headed home.  This time I flew into City Airport, which I’ve never visited before, and I’ve got to say it was both one of the most exhilarating and frightening landings of my life.  Only small planes can touch down at City Airport, as it’s a) very much within the boundaries of Greater London, on the eastern end of the city and b) has a very short – some might say stunted – runway surrounded by urban developments and old quays.  Coming into land, our plane descended round the Shard, so close it felt like we were about to be scratched in two from the spikes on top of it, before banking low across the Thames and coming in above Canary Wharf – and not much above.  I fully admit, as we dropped the last few metres over the river, the thought did occur to me that all it would take would be a mild hiccup from the pilot, and that would be not only bye-bye us, but also bye-bye a significant swathe of Poplar.  It was also utterly exhilarating, the lowest, slowest, widest sweep across the city I’ve ever done by air, it did have a sort of helicopter-ride feel about it as we passed over London Bridge, Ken’s Bollock, the Tower of London and Canada Tower on the course of our descent.  When we landed, several people cheered, and out of more, I suspect, than appreciation for the pilot’s skill and cheerful bilingual announcements.  It was, however brief the experience had been, good to be home.