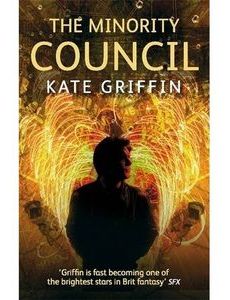 “So you’re scared.  Figured that part.  I just say the word dusthouse and you look like you’re wearing a python for a jock strap.  But the thing is,” we shifted closer, dropped our voice to a murmur, “we will find Meera.  Heaven and hell will not stop us; we will break every part of you until you help us, but we won’t let you die.  We will keep you alive, if you have to be tied together, so you can even resemble a thing that was once a man.”
His body was so stiff, if we’d struck him it would have pinged.
“I can protect you,” I added.  “You’re frightened now; I can keep you safe.”
Silence.  But it was a silence waiting to be broken.  Finally, he said, “The dusthouse took her.”
“Who are the dusthouse?”
“I don’t know which one…”
“There are many dusthouses?”
He nodded, then flinched as the movement disturbed something inside his broken nose.  His voice was strained and high as he whined, “You sign a contract.  Don’t talk, don’t tell, don’t say nothing.”
“Is that what you have?  A contract with the dusthouse?”
“Yes.”
“What’s the deal?”
“They… supply you.  Good rates, cheap rates, best-quality stuff.  Shit, it’s not like there’s any competition!”  He mopped at a trickle of blood down his chin.  “Only, they’ll fucking kill me.”
“What stuff?”
He hesitated.
“Come on,” I said.  “We’ve gone this far.”
He said; “Fairy dust.”
There was a long silence while we digested this.  I said, “I don’t suppose we’re talking Peter Pan, think your happy thought and fly, are we?”
“It Is,” he explained, one word at a time, “The Best Shit.”