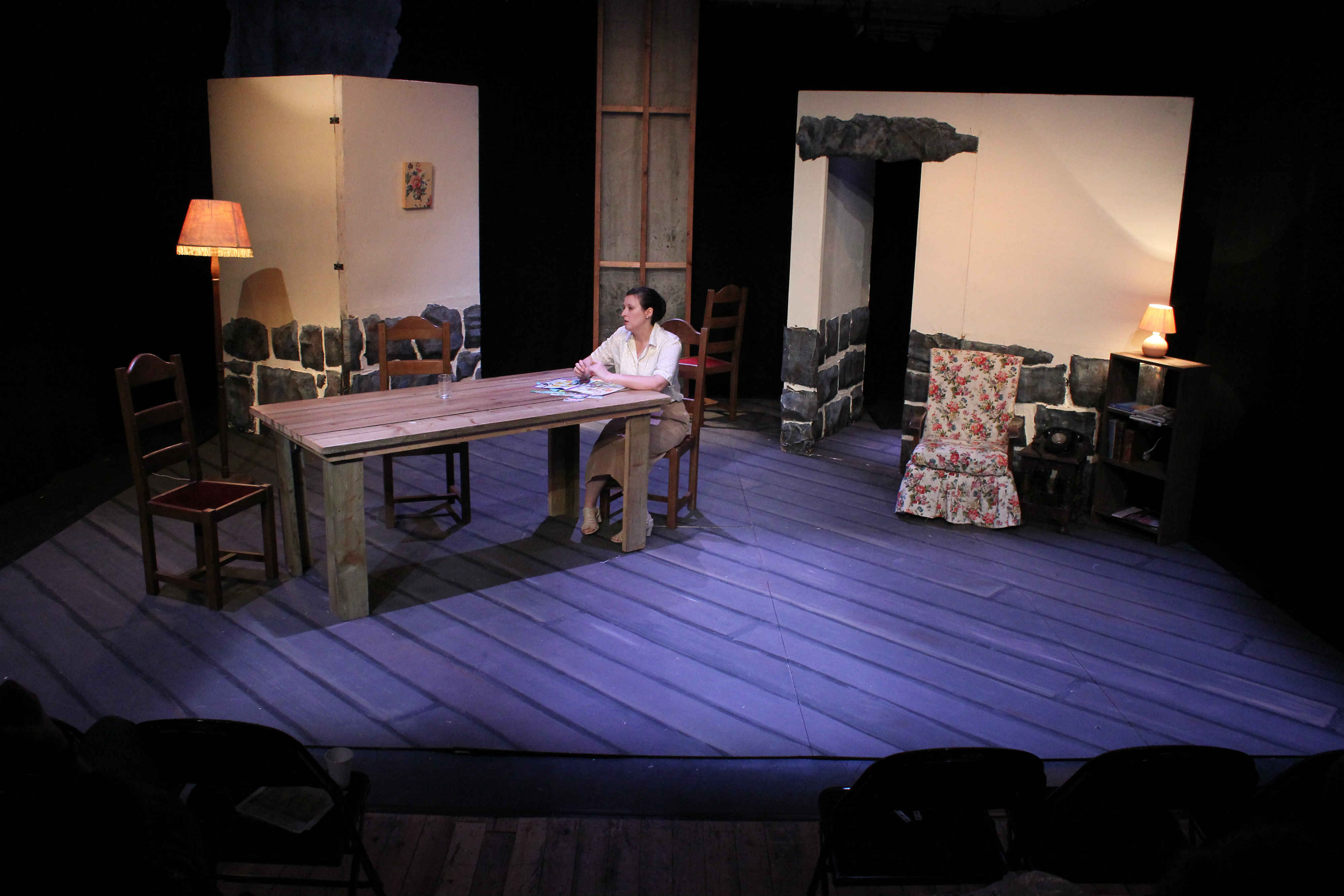 A few days ago, I blogged about what a lighting designer does.  This is the second part of that blog, covering The Big Event Itself – the move from the rehearsal room, into the theatre proper.

It’s a rather intimidating time, for an LD, the move into the space.  Set designers, prop makers, carpenters, painters, actors, they’ve all had months to try and try again, to craft and compose their pieces for the final production.  A lighting designer, however, has only the images in their head and the rather dubious comfort of a rigging plan to fall back on.  Whether the colours they’ve chosen will work, if the angles are good enough, or a certain unit will make a tricky shot – these are questions which you can explore theoretically in advance, but will only truly get an answer to once you’re in the venue proper.  The moment when the first unit goes live, and you can see its light on the stage, is therefore a very exciting and slightly nerve-racking experience, since by the time this happens you can be anywhere from five days to twenty four hours away from the first public performance, with no time left to cock it up.

The first stage of turning what you’ve imagined into actual, useful illumination, is rigging.  As a technician, this is the Big Event – where you put anywhere between twelve units in the back room of a pub onto a scaff bar, to rigging three hundred plus lights in the auditorium of a large theatre, it’s the actual heavy lifting stage where you clamp your lights into place, and try to work out a way to get them power and data as neatly, and as quickly as possible.  In the biggest venues, this is often preceded by several weeks of pre-production; some of the largest shows I’ve worked on have involved working on certain elements months in advance, and the fit up itself can last days at a time as you stagger, bow-legged from backbreaking job to backbreaking job, wondering if there is indeed such a thing as ‘too many’ kit kats.

As a lighting designer, I am almost always involved in the fit up, but only because I’m still at that stage where having a crew is something of a luxury.  Should I ever become more successful in this career, I will happily assume the more traditional role of an LD, and swan in and swan out during a fit up, to answer urgent questions as they arise and maybe deliver doughnuts.  For the moment, however, I am on stage with the rest of them, hauling lanterns to my heart’s content.  I would argue that it’s a good thing for an LD to be present during the fit up, in case things do go wrong, and so they can adjust for anything which isn’t going to work.  But it varies from person to person – the only thing worse than an LD spontaneously changing their mind during the rig, wiping out hours of work, is for an LD to spontaneously change their mind on the opening night, when weeks of work might die the death.  At the end of the day, there’s no substitution for just getting it damn right.

In the spirit of getting it damn right, I always try to build as many options into my rig as possible.  Even the most successful LDs have finite resources – only so many places to rig from, only so many dimmers, only so much cash – so your life is a bit of a balancing act between what you want to achieve, and what what is practically possible.

Once you have your rig in the air, the next job is the focus – quite simply, pointing the damn thing in the right place.  This is where an LD really has to start working, making sure that every unit can do the job you want it to.  On West Side Story, I will be focusing in the course of 8-11 hours, depending how it all goes, somewhere between 180-220 units, one at a time.  Cock it up, and you’ll lose time later when you need to re-adjust it, or worse, if you suddenly realise that it can’t do what you need it to, and need to find some other solution, and in theatre, time is money.  Traditionally during this time, the lighting designer is on stage, guiding the technicians who are often miles away in the ceiling, adjusting the light in the manner desired.  In large venues, this has to be done by radio; certainly, shouting your instructions to the back of a giant auditorium to a technician up a ladder, while other departments – metalwork, carpentry, sound – are hammering away around you, is a sure fire way to suffer.

Assuming your focus goes well – again, you don’t have time to cock it up usually – you move onto the final part of the lighting design, the plot.  This is where you, and if you’re lucky, a dedicated programmer, sit down at a lighting desk and actually start designing the show.  With luck, your rig can do all the angles, colours, textures, shapes and sizes you desire, isolating down to the smallest part of the stage, or flooding it with light, and now that it’s focused, you can start, in simplest terms, turning the damn things on and off in an artful way.  A good plot can often compensate for even a very dodgy rig, creating interesting shapes and angles out of scenery and faces.  With the growth of moving lights in this business, a good programmer can also be worth their weight in gold, as they will be continually working whenever not inputting your commands, to keep all the cues in order and make sure the moving lights are obeying properly.  People eavesdropping on a lighting designer and their programmer will often hear a chain of words, something like this…

If you listened without seeing, it would be unintelligible, but in the hands of a decent programmer, it’s not only common sense, it’s their daily bread and butter.

Many hours later, and the show should be plotted.  The shortest show I have ever designed was, I think, 11 cues long.  The longest was two hundred and thirty seven.  Contained within each cue is information on what light is at what intensity or, where movers are concerned, where they’re pointing and what they’re doing.  There’s also information on how long the lights will take to get to that intensity, or to fade out, so that when the show itself is up and running, all the operator needs to do, is press go.  A lighting designer never really operates a show – the relentless cycle of job after job makes op-ing a generally unfulfilling task.

Finally, all this done, you go into the technical rehearsal.  This is where all things technical – sound, lights, flying, automation if you have any, costumes – are put through their paces on stage to make sure the play works.  The shortest technical I’ve done was 45 minutes of blinding speed; the longest took five days.  If your job has been done well, then a technical is a good time for a lighting designer.  You can double-check your cues as they run, make sure it works with the actors on stage, adjust times and eat a lot of cake.  If it’s all gone badly, then a technical is a very stressful time, as if there’s one thing the other departments hate, it’s having to wait for you to catch them up.

The pictures you’ve seen throughout this entry, are pictures of shows I have lit at their very final stage – either the last dress rehearsal, or the actual performance.  It’s time-consuming, often stressful, frequently physically and mentally draining work, but when it does work, the results can be brilliant pieces of theatre, and the immense satisfaction of being a part of that.