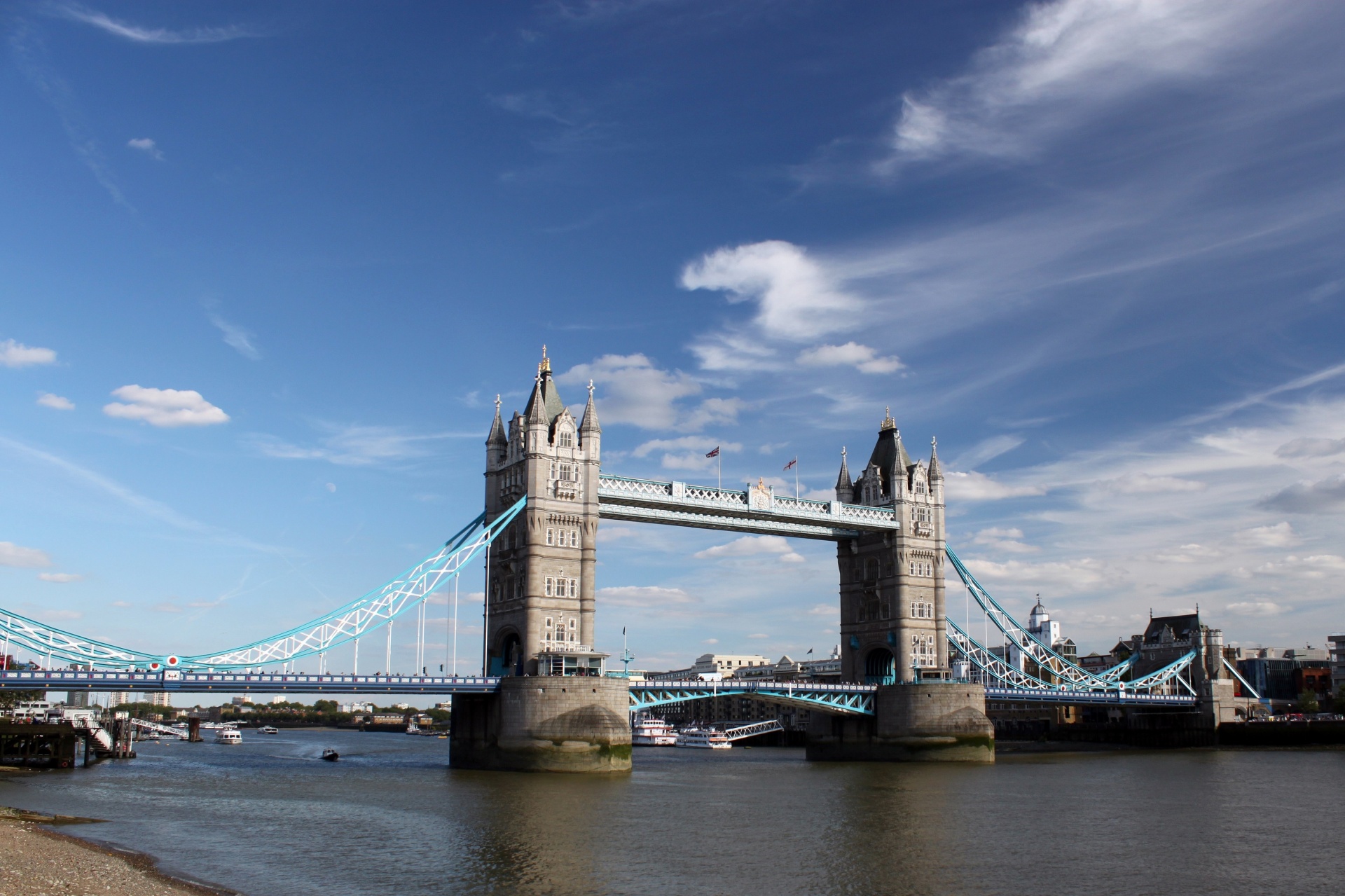 No Hollywood-funded film of London is complete without Tower Bridge.  Preferably, Tower Bridge with a red double decker bus – Routemaster, mind – speeding across it ideally while being chased by someone in a black cab.  Strange tricks of urban geography have been achieved for this effect.  Witness the recent film of Sherlock Holmes, who managed to find a way of getting from Baker Street to Pentonville Prison by crossing London Bridge in order to comment on Tower Bridge being constructed a few hundred yards over, in what the sneaky mind could only construe as a narratively significant way.  Perhaps you found yourself marveling at the geography of the Da Vinci Code – ancient secrets may well be unlocked, but map-reading is not a vital skill for clue-crackers.  If Tower Bridge had been built in time for Henry VIII to march across, he would; and if the centre span could be raised to allow a steam ship to pass underneath just as our presumably in a hurry heroes go speeding over it in their [insert vehicle of choice], all the better.

Make no mistake, it’s a lovely bit of engineering, and one of those Rule Britannia statements with undeniable dodgy colonial connotations, entirely forgiven for sheer brashness of execution.  There’s also a lot of interesting stuff around it, sometimes overlooked by Londoners as being just on that cusp of where fashionable becomes a bit grotty.  There’s the round glass dome of City Hall, forever known as Ken’s Bollock and rightly so.  There’s Butler’s Wharf, all vaulted iron and big brick, now inhabited by trendy shops; and of course, naturally, there’s the Tower of London.  Now… I love castles as much as the next girl, but in terms of military history, the Tower has a less than glorious reputation.  What few attempts were made in its history at besieging the Tower were usually by angry peasants or disgruntled earls with an ego problem and not much in the way of advanced planning.  There’s none of the proper 12-months-of-dysentery stuff that made so much of medieval and early modern history such a page-turning adventure.  Which is not to say that I’d be volunteering any time to try and blast my way through its walls any time soon, but something about all that faded yellow stone and guards dressed in big red coats makes it a little difficult to take it seriously as an expression of political-military might.   That, and the prohibitive ticket price.  But!  If you’re interested in seeing the Crown Jewels, poking a beefeater, counting the ravens and exploring the place where Richard III may or may not have murdered his nephews, then the Tower wins for sheer storytelling adventure.

Another remnant of past military adventures is HMS Belfast, which as a kid I considered probably one of the most amazing things I’ve ever been inside, and which as an adult I’m still pretty damn wowed by, but find annoyingly low for my height… by day, kids swarm across its decks and play beneath its silent guns, and at night, the entire thing has in recent years been lit up with brilliant rainbow light, giving a slightly hippy feel to this relic of naval warfare.
Then there’s the thorny issue of what lies beyond Tower Bridge.  It is, after all, the last bridge in London before the Thames Estuary and the horrifying wasteland that is the Dartford Crossing.   There are two tunnels before you’re properly flung out of the city – the Rotherhithe Tunnel, which is a Victorian claustrophobe’s nightmare, and the Blackwall Tunnel, where once a month, without fail, someone manages to wedge a lorry in the mouth of the tunnel, despite the many signs and warning lights declaring ‘Too Tall!  Turn back!’  There’s also a pedestrian tunnel at Greenwich, which has a dip in the middle guaranteed to make the wanderer unsure of what lies just outside their line of sight, as well as elevators at either end where you can usually rely on a guard playing hits of the 1980s on a running-down cassette machine.  Finally, there’s the Woolwich Ferry.  I have never been on the Woolwich Ferry, and know nothing about it, but can’t shake the feeling that this must be a strange hangover from early modern seafaring days, when ferrymen, hopefully in peaked caps, would paddle their clients across the bustling waters of the Thames, maybe even by the greenish glow of gaslight and through a low mist… now of course, the entire thing is done by a proper lorry-loader, and there, pretty much, my knowledge ends.

On either side of the river itself, immediately beyond Tower Bridge, you have Wapping to the north and Rotherhithe to the east, and like so much of the city that clings to the river, there’s a marked difference between the three hundred yards within sniffing distance of water, and everything else.  The transition is palpable, an invisible line where suddenly the tarmac becomes cracked, the bus stops begin to smell and the estate agent begin to turn the lights down in embarrassment.

For my part, I like the diversity.  I find too much of anything that’s constant, a little oppressive, and enjoy the contrast between modern and swish, and aging and cracked.  I also love Tower Bridge, but I doubt if I’m going to be writing a double decker bus chase across it any time soon – unless the bus is going to Rotherhithe.