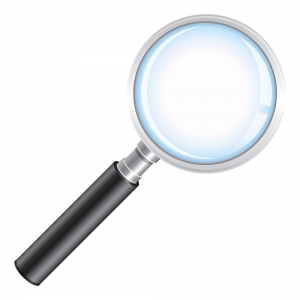 So, I got asked a few days ago – and I get this now and then – how I ended up going from studying history, to doing technical theatre, via writing fantasy books.  And I give a variation on the same basic answer – history rocks!

First up, the history-technical theatre link.  Okay, simply put, I ended up running a lot of technical stuff for the student societies at LSE for two basic reasons.  1.  I really liked lights.  (And still do, who’d have guessed?)  2.  I was the only person in the student union who knew the secret of accessing the dimmer room.  A secret which can only be passed down from technical munchkin to technical munchkin, and which, for reasons of honour and legality, I will not herein repeat.  Sorry.  Anyway, at the end of three years of doing that, I kinda figured, ‘hey, I’ve spent three years doing lighting with a bit of history on the side… maybe I should look at doing this a little more seriously?’ and here I am now.

As for history-writing… let’s not beat about the bush, history is the greatest story ever told.  I’ve said many times that I have a thing for the Shakespeare Dude – I particularly have a thing for his history plays.  Give me kings killing queens and visa versa!  Give me battles and the stake being the safety of the realm, give me adventure and sword fights and questions of politics and honour and betrayals!  History is full of the most wonderful, amazing, implausible, incredible stories!  And not just that… it’s full of the same story told a thousand different ways by a thousand different people, each one pushing an agenda.  It’s full of little bits of human tragedy and great sweeping cataclysmic events, sometimes at the same time.  Take Chernobyl – I was born the day after Chernobyl happened, so have a lot of time for the story.  The firemen who were sent to put out the fires were given a shovel full of sand – and we’re talking nuclear fuel burning here – a shovel full of sand and told that they had 4 seconds to get their sand onto the flames.  More than 4 seconds and they’d have received so much exposure to radiation that they’d die, and these firemen in the middle of a nuclear blaze in the middle of a collapsing empire that had ruled half the world for 45 years with its bonkers ideology – they went out and threw on their shovel fulls of sand.

On collapsing empires – only in history can you sit back and watch the slow crumpling of an empire, the sickly march of decline that at some point, and boy there will be arguments about when, becomes irreversible.  I love collapsing empires (not a phrase I say every day) – the Byzantines, the Romans, the Ottomans, the British, the Soviets – I also have a big fondness for political and military history, for stories of battles that were won or lost because of the wrong kind of rain or because someone drunk too much ale the night before or because – as in the best dramatic traditions – the cavalry really did turn up at the last minute.  Read about the second siege of Vienna – one of the most dramatic sieges ever.  I mean, you’ve heard of an 11th hour intervention… this was more like a 5 minute job…

One of the best things about history is the bits we chose to tell ourselves.  Take the Spanish Armada.  As I was taught it in school, it was a tale of plucky English courage prevailing against lumbering Spanish arrogance.  Our great naval heroes harried and pestered those ignorant Spanish tyrants and finally scattered their fleet with brilliant fire ships, stroke of genius, saving us all and Good Queen Bess hurrah!  And oh yes, the weather may have helped.  No one really mentions the part of the story where Francis Drake managed to misplace the entire Armada… or discusses the nature of piracy vs. privateering in Spanish waters or the thorny issue of shallow waters and the Dutch fleet… absolutely no one mentions the 1589 English Armada, Gloriana Regina’s particularly disastrous attempt to capitalise on the Spanish defeat by sending her own ships to burn what was left with theirs.  (An episode best summarised up by the incident where the women of Coruna – the women, let’s just note – drove the English back to their ships with domestic tools.)

I love history.  I loved studying it, I loved reading about it and arguing about it.  For the sake of posterity I should probably also add that I especially loved my dissertation supervisor, whose lectures in the first year of my study on piracy in the Mediterranean and the foreign policy of Suleyman the Magnificent single-handedly converted me to the wonders of early modern history.  I wouldn’t have traded those three years for anything.