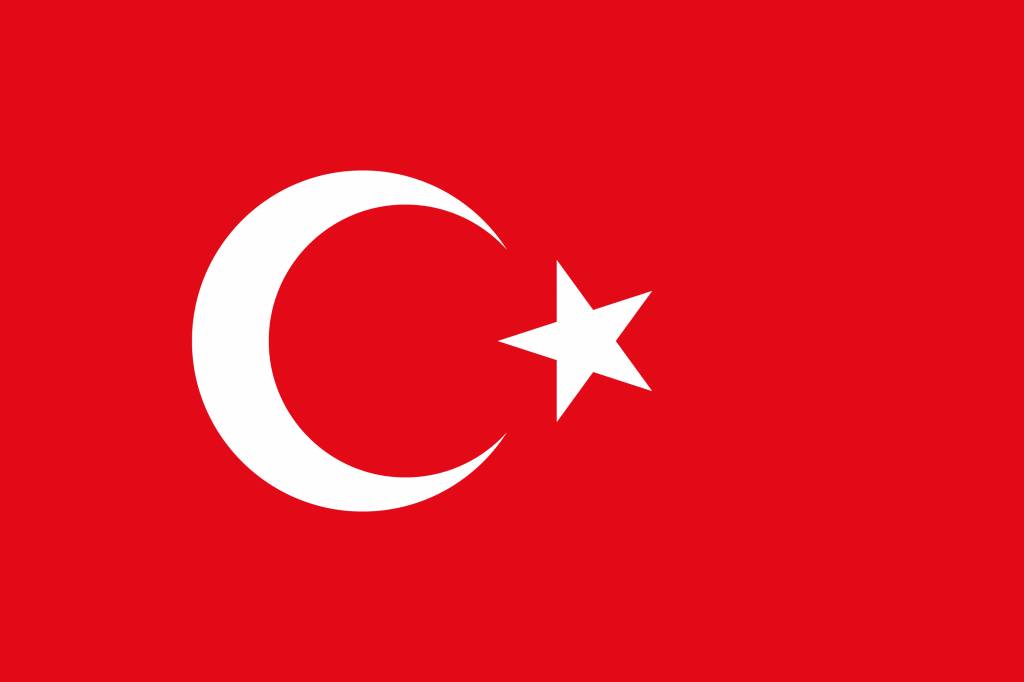 By now, dear reader, you may have noticed a pattern in What I Did On My Holidays – I do cities.  I vaguely get the idea of going on holiday to the countryside/mountains/beaches/forests etc., and find all of the above very pretty and pleasant in reasonable doses.  But the NHS makes me pay prescription fees for my asthma drugs, and having been born and raised in a city, I now find myself medically incapable of breathing properly unless surrounded by buses, trucks and carbon monoxide, so cities are my destination of choice.

And Istanbul is a city of cities.  For thousands of years it’s been one of the most important urban centres on the planet, sitting bang smack between Europe and Asia.  The Roman Emperors became the Byzantine Emperors in Constantinople; the Ottomans conquered Constantinople and it became Istanbul, the heart of an empire which at its height stretched from Budapest via Baghdad to Algiers.  The fledgling Russian Empire spent many hundreds of years seething over Istanbul’s control of the Dardenelles’ strait (pity the city of Azov on the Black Sea, which spent most of the early modern period being burnt to the ground over this particular naval punch-up) – in the first world war, the Allies attempted a disastrous landing at Gallipoli to seize control of the same stretch of water.  The city itself has suburbs stretching all the way from the Black Sea into the Sea of Marmara, and for hundreds of years was the home of Christians, Jews and Muslims in every size, shape and form.  You can’t really escape the history in Istanbul, since it’s built into practically every wall.

The Hagia Sofia, is every part as huge and towering as its reputation would suggest, if sadly fallen into a bit of neglect despite the tourists, and like much of Istanbul it was built by the Byzantines and converted by the Ottomans.  It towers over the district of Sultan Ahmed, named after its principal mosque, a white edifice of long gardens and fresh running water.  In the early modern period this part of the city, which sticks out into the bay where the strait from the Black Sea meets the Sea or Marmara, was known as the Golden Horn, and has on its end Topkapi, the palace of the Ottoman Sultans, a place of cool shade, endless courtyards, hidden nooks and long stone balconies.  Beneath all this you can walk through a two thousand year old cistern, an underground network of man-made caverns to rival the mines of Moria, where occasionally you can catch the glimpse of fish in the darkness, or eat sticky Turkish ice cream on a park bench overlooking the sea.  Bridges run from Sultan Ahmed to Galata, which was in the old days the quarter for foreign embassies and which now is a great bustling shopping and eating hub, which never seems to sleep and where the average walking speed after the hour of 9 p.m. is lucky to get above 2 miles and hour, the crowds grow so thick.  Crossing the bridges by anything other than the trams which run through the centre of the city can be a little nerve wracking, as they are constantly covered with men and boys fishing, and your time is spent dodging flying hooks and wriggling bait.  Turkish flags were hanging off these bridges when we went to visit, and boats pass by constantly, from the cruise ships and passenger ferries through to fishing boats and a constant stream of freighters coming down from the Black Sea.  Galata and the thrivving shops in that area are every part as globalised and commercial as anywhere else in the world, and the talk and dress could come from any busy, cosmopolitan hub, but further away are districts like Fenir, where the dress is conservative and commerce thrives around a market of spilt vegetables, torn plastic bags and broken cardboard boxes that stretches all the way from the chief mosque down to the waterfront.

It was in Fenir that we encountered gaggles of grinning children, whose English consisted of the two words, ‘hello?’ and ‘money?’ and who followed us harmlessly wherever we went.  It was also the first place we tried to get food on our first night of arrival, and encountered the curious custom of meeting the fish we were going to eat before it was served, a thing our feeble Turkish wasn’t really up to understanding.

Uphill from Fenir, back towards the sea and there is the oldest shopping hub of the city, the Grand Bazaar, where walking speed is a poor 1 m.p.h. and there is nothing, absolutely nothing, not for sale.  It started in a Byzantine covered market, which still exists to this day, and where one hot afternoon we found our way up onto the crumbling thousand-year-plus old roof just as the mosques of Istanbul began the afternoon call to prayers.  This barrage of noise came from all around and lasted a good fifteen minutes as every muezzin of every mosque seemed to be operating to a slightly different time and in a very different key from his neighbour.  Some brisk muezzins belted through their call to prayers like men in need of a trip to the bathroom; others, such as the one who woke us up at 5 a.m. every morning during our stay with friends in the suburbs, would begin and stop, begin and stop, as if constantly self-checking his call for grammatical errors.  A friend of mine once described certain things he had seen or heard in his life as ‘rocking chair moments’ – a thing you would tell your grandchildren about in 60 years time when sitting in a rocking chair.  The sound of an entire city being called to prayer, heard from on top of a Byzantine roof in the very heart of Istanbul, is going to be one of mine.  The bazaar now stretches into the streets all around the area, a bewildering network of alleys and roads thronged at all hours, and hides within it occasional wonders, such as mosques built by long-dead Viziers and queens.

Public transport in Istanbul is a mix of ferries, underground lines, taxis, trams, public buses and a system that I guess I shall call a bus, but which is more like a public run mini-truck headed in a certain direction into which everyone piles elbow-to-elbow and out of which people hop at pretty much whatever location seems most convenient.  It is also the only city I have ever been to in my life in which a funicular is integrated into the public transport system.  Istanbul is a city of many hills, and the sweating tourist quickly comes to think of the well-tended gardens outside the mosques as a wonderful opportunity to sit in the shade, as well as a sight to see.

I was born in a very Turkish area of London, so was looking forward to the food, and was well rewarded.  Pide is essentially a Turkish form of pizza; yoghurt featured quite a lot in many dishes, although its drinkable cousin, ayran, wasn’t really my cup of tea; fish was everywhere.  Throw something into the Bosphorus and it will literally pop and jump with fish leaping up to catch it, although, alas, pollution has encouraged the influx of vast populations of jellyfish, which make for a quaintly alien presence in the water.

A past-time that was reasonably common in the back streets and which myself and my boyfriend indulged in regularly, was the playing of backgammon while drinking coffee (which was essentially raw caffeine with a little water on top) from a tulip shaped glass cup.  One night, the boyfriend, being braver than I, even risked doing all this while smoking chocolate flavoured shisha, although neither his complexion nor his game benefitted from the adventure.  The back streets of Istanbul also throng with cats, thousands of tiny cats of every shape and variety that nose at the feet of strangers and are kicked away by the locals, used to and annoyed by their presence.

Since the Ottoman Empire was kinda my thing at university, a quick word on some of the previous inhabitants of Istanbul.  Sultan Suleyman the Magnificent, a dude if ever there was one, built his mosque right by the bridge to Galata, designed by the architect Sinan Pasha, and it is a strange mix of the zen-austere and subtly intricate, both majestic and impressive, and restrained.  When Mohammed the Conquerer captured Istanbul in 1453, it’s said that he was distraught that the defenders had fought so long and hard, thus ensuring damage came to his beautiful city.  Sultan Mehmed IV was rumoured to have run through the streets of Sultan Ahmed at night in his night robe randomly beheading people he saw.  Sultan Ibrahim the Mad was said to have sent out an image of cows udders cast in gold with instructions that women found resembling this physical feature should be bought to his fur-fettish harem.  When he was eventually murdered and overthrown by his own guard, family and staff, his surviving brother and heir to the throne, Mustafa the Imbecile, refused to leave the harem until he saw proof of his brother’s death, and was eventually – so the story goes – maneuvered out of the harem through a hole in the ceiling.  Within the harem itself there were many generations of utterly fearsome women – Hurrem, wife of Suleyman, was one of the most powerful people in the empire, as well as the founder of mosques, schools, hospitals and the champion of clean water supplies throughout the city and land.  For decades, during the difficult times at the start of the seventeenth century, it was said to be the time of the ‘rule of the women’ as the mothers and queens of the Sultans exercised power through them and from behind the shady walls of the harem.  The pirate Barbarossa eventually became admiral of the Sultan’s fleet; Lady Mary Wortley Montague stumbled upon the beginning of innoculation as we now know it in the city in the 1690s, and many floppy-shirted, somewhat stoned poets drooped around the rooftops of the city during the early Victorian period.

A week and a bit wasn’t really time to skim the surface of this city, and I would love to return one day – although perhaps, secret ambition probably never to be fulfilled – perhaps one day, I can do it by train?