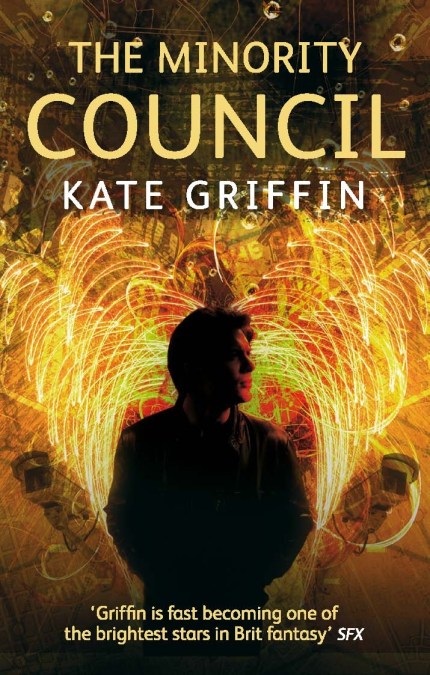 by Kate Griffin
Matthew Swift, Midnight Mayor, is in charge. And London is having its issues.

The new drug on the market is fairy dust and it turns humans into walking drug labs. Teenage vandals are being hunted by a mystical creature. And criminals are dying by magical means.

If Swift is going to save London from a rising tide of blood, he’s going to have to learn his lessons – and fast. 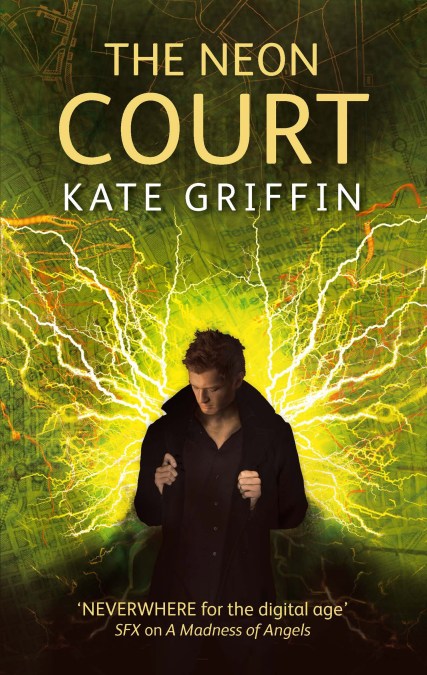 by Kate Griffin
When the city was founded, he was the mad native spirit that waited in the dark, on the edge of the torchlight. When the streets were cobbled over, he became the footsteps heard on stone that you cannot see. When the Victorians introduced street lighting, he was the shadow who always shied away from the light, and when the gas went out, there he was. The shadow at the end of the alley, the footsteps half-heard in the night.

A daimyo of the Neon Court is dead. So are two warriors of the Tribe. And a freshly-prophesied ‘chosen one’ is missing. Each side blames the other and Matthew Swift is right in the middle of it, trying to keep the peace. Because when magicians go to war, everyone loses. But Swift has even bigger problems. A dead woman is trying to kill him and the city itself is under attack from a force of unimaginable power. As if trying to stay one step ahead of an assassin and juggling magical politics weren’t challenging enough, Swift must also find a way to defeat a primal threat from humanity’s darkest nightmares. Or there may not be a London left to fight over . . . 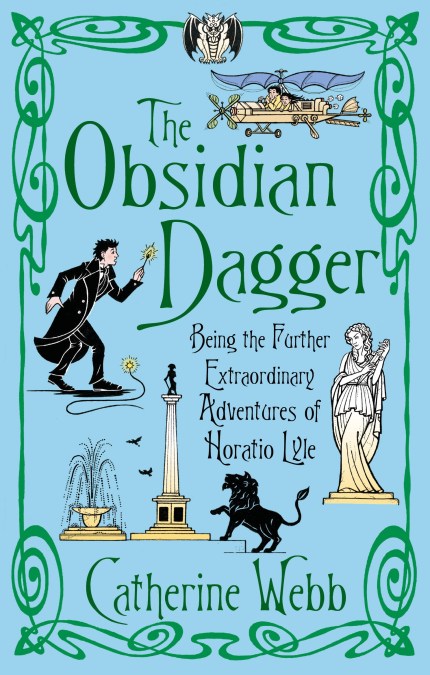 The Obsidian Dagger: Being the Further Extraordinary Adventures of Horatio Lyle

by Catherine Webb
There seem to be some odd things going on in the city of London, lately. Take the murders, for instance; quite peculiar. And those missing statues – what’s going on there? And shouldn’t Saint Paul’s have a roof? Odd. . .

Horatio Lyle, of course, is no stranger to. . . well, strangeness. In fact, he finds the lure of the unknown quite invigorating. But having just survived the most frightening episode in his life, the last thing he wants is that pompous Lord Lincoln sticking his nose in again and demanding that he take on another case the police are too thick to solve. Of course, His Lordship can be painfully persuasive at times, so it should come as no surprise that Lyle, along with his young proteges Tess (the thief) and Thomas (the toff), and his faithful hound Tate (the smart one), is soon up to his cravat in events of a singularly unscientific nature.

Actually, it would all be terribly exciting if only they weren’t trying to kill him. 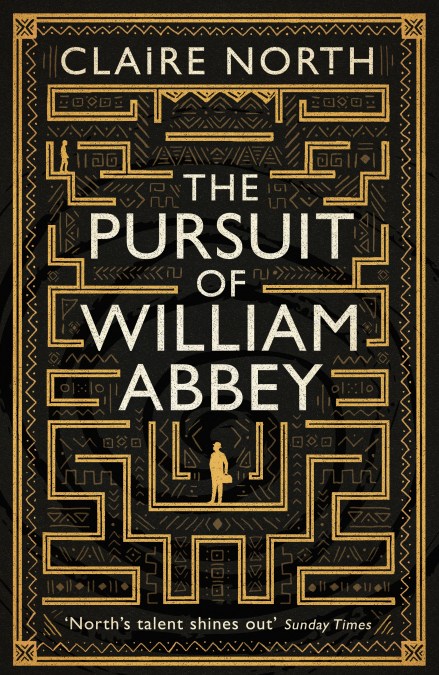 The Pursuit of William Abbey

by Claire North
‘MESMERIC, TERRIFYING AND WONDERFUL’ M. R. Carey, author of The Girl With All the Gifts

‘I was cursed in Natal, in 1884. Cursed by truth and by blood. The shadow took to me, and we have been together since.’

From the bestselling and award-winning author of The First Fifteen Lives of Harry August and 84K comes a powerful new novel about a young man haunted by a ghost from his past, and by the dark crimes committed in the name of the British empire.

‘Remarkable . . . One of the most moving, horrifying and gut-wrenching novels of the year’ NPR

‘A master of ingenious plotting and feats of imagination’ Alex Marwood, author of The Wicked Girls 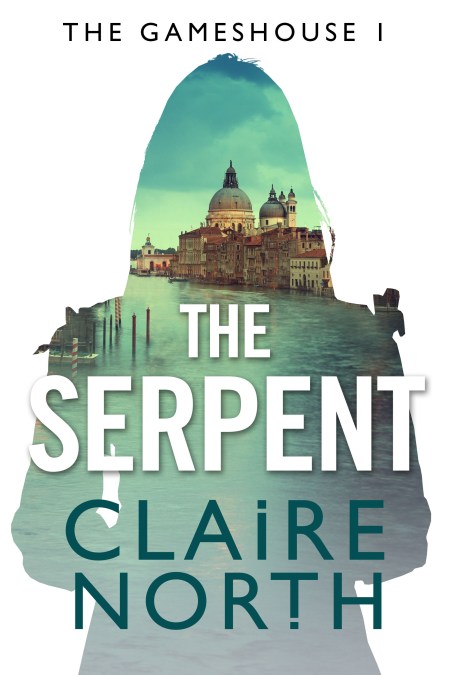 by Claire North
The first installment of the Gameshouse, a mesmerising tale of a mystical gambling house whose deadly games of chance and skill control the fate of empires.

In seventeenth century Venice exists a mysterious establishment known only as the Gameshouse.

There, fortunes are made and fortunes are broken over games of chess, backgammon and every other game under the sun.

But those whom fortune favours may be invited to compete in the higher league . . . a league where the games played are of politics and empires, of economics and kings. It is a league where Capture the Castle involves real castles, where hide and seek takes place on a scale as big as the British Isles.

Not everyone proves worthy of competing in the higher league. But one woman who is about to play may just exceed everyone’s expectations.

Though she must always remember: the higher the stakes, the more deadly the rules . . .

The three installments of the Gameshouse are also available in a single edition. 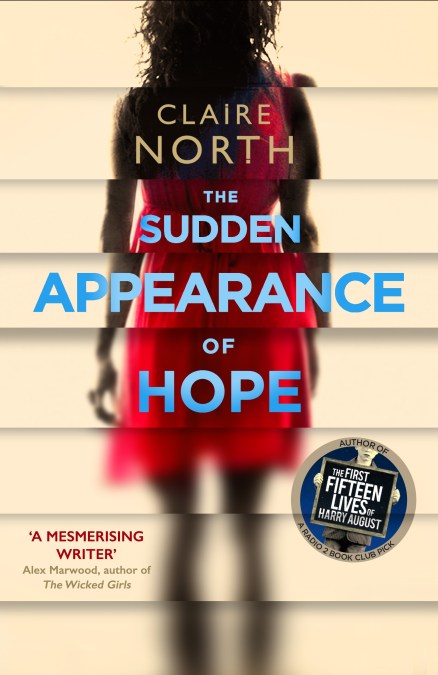 The Sudden Appearance of Hope

by Claire North
***WINNER OF THE WORLD FANTASY AWARD***

My name is Hope Arden. I am the girl the world forgets.

It started when I was sixteen years old.

A father forgetting to drive me to school. A mother setting the table for three, not four. A friend who looks at me and sees a stranger.

No matter what I do, the words I say, the crimes I commit – you will never remember who I am.

That makes my life tricky. It also makes me dangerous . . .

The Sudden Appearance of Hope is the tale of a girl no one remembers, yet her story will stay with you for ever.

‘Little short of a masterpiece’ Independent

‘Utterly readable, utterly believable and compelling . . . one of the fiction highlights of the decade’ Judy Finnigan, Richard and Judy Book Club

Also by Claire North:
The First Fifteen Lives of Harry August
Touch
The End of the Day
84K
The Gameshouse
The Pursuit of William Abbey 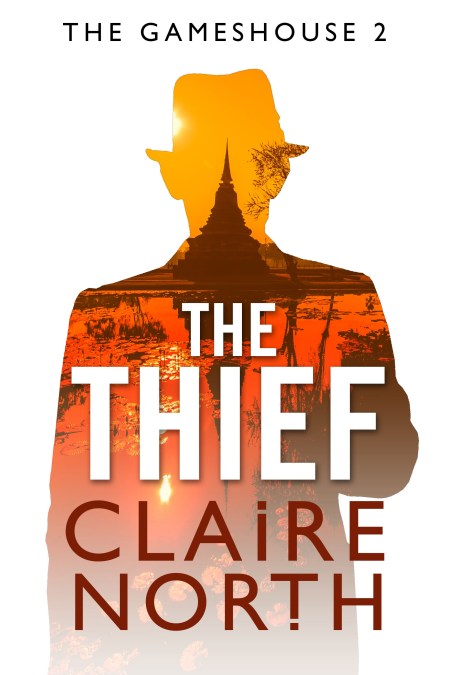 by Claire North
The second installment of the Gameshouse, a mesmerising tale of a mystical gambling house whose deadly games of chance and skill control the fate of empires.

The Gameshouse is an unusual institution.

Many know it as the place where fortunes can be made and lost though games of Chess, Backgammon – every game under the sun.

But a select few, who are picked to compete in the higher league, know that some games are played for higher stakes – those of politics and empires, of economics and kings . . .

In 1930s Bangkok, one higher league player has just been challenged to a game of hide and seek. The board is all of Thailand – and the seeker will use any means possible to hunt down his quarry – be it police, government, strangers or even spies . . .

The three installments of the Gameshouse are also available in a single edition. 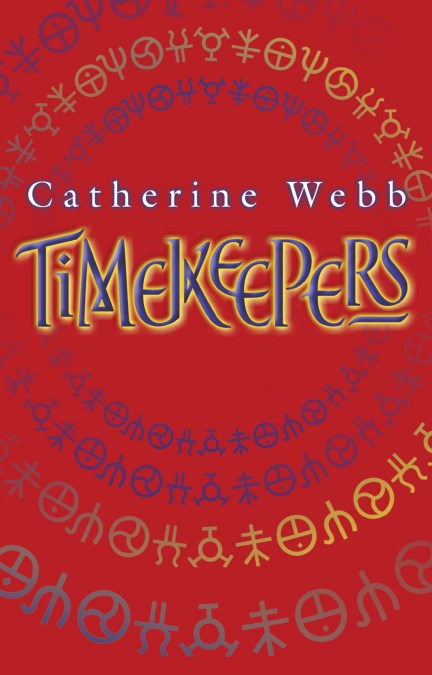 by Catherine Webb
Sam Linnifer returns to continue what he started in Waywalkers and rid the world of the deadly plots and schemes of the elder gods. But with Seth, Jehovah and Thor now in control of the dread Pandora Spirits Sam knows Earth’s only hope may rest in his unleashing the Light. But the power bestowed upon him at birth by his father Time could have deadly consequences for Sam himself. For in unleashing the Light, Sam must touch the minds of every human on Earth. To save the world, Sam may have to destroy himself…

Timekeepers is the stunning follow up to the acclaimed Waywalkers. You’ll meet Firedancers in London on a rainy summer night, walk the Ways between Earth and Heaven with Bhudda, hole up in a sleazy German bar with Adam, and find yourself trusting the one person you never dreamed you would.

In a war between Gods, where Earth is the battle ground and humans are expendable, you’ll need to have more than just sympathy for the Devil. 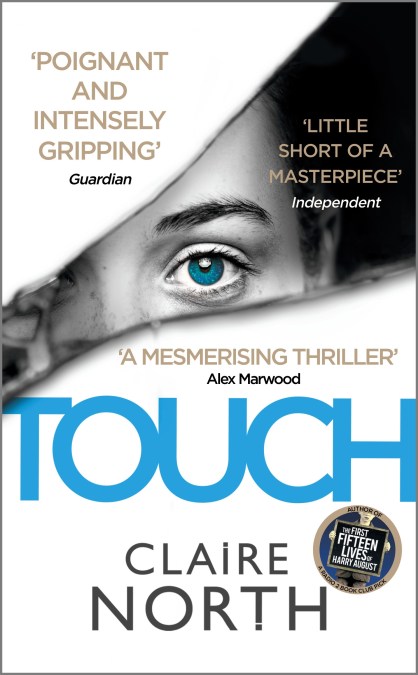 by Claire North
The electrifying new thriller from the author of the acclaimed The First Fifteen Lives of Harry August.

With a simple touch, Kepler can move into any body, live any life – for a moment, a day or for years.

And your life could be next.

SOME PEOPLE TOUCH LIVES. OTHERS TAKE THEM. I DO BOTH.

‘Just extraordinary’ Clare Mackintosh, author of I Let You Go

‘Destined to be one of the biggest thrillers of the year’ Rick O’Shea, radio presenter

Discover the mesmerising new novel from one of the most original new voices in modern fiction. 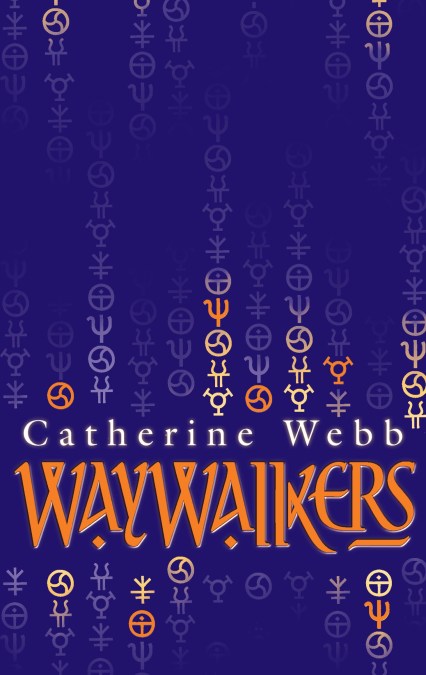 by Catherine Webb
Sam Linnfer works part-time at a London university as a translator of obscure ancient texts. He’s a quiet chap with a few friends here and there, and an affection for cats. He’s also immortal and the Son of Time. In fact, you might know him better as Lucifer, the Devourer of Souls or the Devil. And with all the gods in Heaven about to go to war over ownership of Earth, you’re going to be extremely glad he’s not exactly the person legend makes him out to be – but that he does know how to handle a flaming sword …

The elder gods have risen.
The Firedancers have been called forth.
The armies of Heaven and Hell are stirring.
The ultimate battle has begun.

To survive, Earth will need more than just sympathy for the devil…